Entrepreneurship is great. However, the concept has recently been used in a rather liberal manner, especially among our generation, the millennials or Gen Y. Entrepreneurship is freedom, independence and innovation. However, it is also evidence of our generation's incapability to work with a team or take constructive criticism in the workplace, and our desire to forever prolong our kindergarten delusions where me is the centre of the universe. Entrepreneurship has become the very reflection of rampant individualism that our society champions wholeheartedly.

Furthermore, this concept has evolved where anyone can interpret it however they wish. It ranges from efforts to be more "creative" or "innovative" or to be "bold" so as to create "transformative change." We too are members of Gen Y and we feel it's time some in our generation spoke out against the culture of entitlement and excessive self-promotion that "entrepreneurship" for our age group has come to represent.

Gen Y must tackle enormous tasks – together – not as individuals. Sure, the problem of finding the best way of hooking up with strangers can be solved through an "entrepreneurial" iPhone app. But when it comes to real issues, such as global warming or increasing economic and social polarization, we need people who care about society and can work together for a greater cause.

These are not problems that can be solved by creating new "enterprises" (read: fancy websites) in parents' basements. These enterprises are great contributions to their inventors' lives – but it seems like they mainly focus on the privileged, on our North American excesses, as opposed to the people that have been neglected in society. Indeed, there are great not-for-profit social enterprises, but many seem to be airy-fairy, self-promotional enterprises. More often than not, the goal of these budding Generation Y entrepreneurs is not to alleviate poverty or fight prejudices, but to make the next Flappy Bird or Snapchat – the 21st century version of Gold Rush.

Further, it should be noted that among young people, only a few can afford to sail on this entrepreneurship cruise. Many university students and graduates struggle with unemployment and underemployment, alongside the heavy burden of student loans. Risk-taking for an enterprise is not an option, for many have already taken a risk by choosing to attain a postsecondary education at a time of economic uncertainty.

Despite this, there are benefits to espousing the virtues of "entrepreneurship." We do need to be more flexible and adaptable in the ways we approach problem-solving – both in the workplace and in everyday life. But there is no need to couple this attribute with selfishness or intergenerational hostility.

By labeling self-centredness as a generational quality and sugarcoating it as "entrepreneurship," a nice business buzzword, we reduce this entire age bracket to a caricature of entitled and immature kids and further polarize it from other generations. Ambition, drive and creativity have never been missing in previous generations, contrary to the Gen Y marketing. This attitude merely creates an unnecessary cleavage between generations and perpetuates our image as an overly-entitled group to the rest of society.

Maybe we are the prematurely aged ones in our bunch, but we strongly believe that Generation Y is the generation that must strive to be more mature and socially aware – the challenges we have ahead of us are bigger than ever and we need to find the "we" in all of these free-spirited "me's" to deal with them effectively.

Dongwoo Kim and Navneet Khinda are undergraduate students at the University of Alberta. On April 1st, The Globe and Mail and Gen Y Inc. will co-host a webinar on Gen Y in the workplace, featuring a panel of Gen Y entrepreneurs: #GlobeGenY on Twitter for more details. 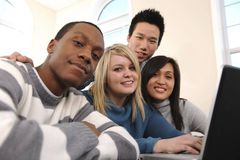 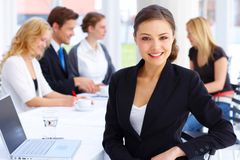 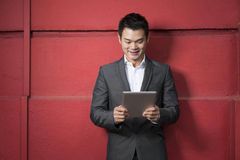