Journalism schools are caught in a dilemma: Should journalism curricula reflect the media's needs as they are now or should J-schools be more experimental and in effect, become think tanks and laboratories for the new, new journalism and an audience that may – or may not – materialize?

Ideally, it can and should be both training for today and tomorrow.

Yet at a time when the definition of "what is a journalist" is up for grabs, journalism schools continue to insist on teaching ethics, values and responsible journalism alongside with broadcasting production and long-form magazine editing. This may be satisfying to the professoriat, but increasingly frustrating to journalism students who see these debates as stultifying and irrelevant in the age of Gawker scoops and action-packed Vice TV videos from Syria.

The solution to this may be to engage in what I call the "Wayne Gretzky Approach to Journalism."

That is what journalism schools need to do now.

A few years ago, when I was teaching at the Ryerson University School of Journalism in Toronto, I had the pleasure of instructing a journalism lab for 2 nd year master's degree candidates.

The course was called "New Journalism Forms." When I asked the chair, Paul Knox, what that involved, his answer was succinct: "Oh, these are the best and the brightest. Just invent something new."

So invent something we did.

Over two consecutive terms, we invented ways to cover breaking foreign news. First the Mumbai Massacre in 2008. And in 2009, Iran looked like it was going to enter an intense period of struggle. It was suppressed, but the Ryerson students created a website which we called Tehranto.ca. We connected media-savvy Tehranis with their Toronto cohort using a new device called Twitter.

Not only did we invent new ways of doing overseas journalism, we discovered something amazing about Toronto and the Iranian community here: In 2009, there were (and possibly still are) a dozen Farsi newspapers in Toronto. And Toronto has the second largest Iranian diaspora community in the world, after Los Angeles.

By connecting to that community, Tehranto.ca started breaking stories, some of which were picked up by the New York Times.

Enrolment in journalism schools is beginning to see a slow decline, as media savvy students understand that the media may not be dying, but they aren't entirely robust these days either.

But ask media managers what they want from journalism schools, and you don't get a clear vision.

The Internet is seen by both broadcasters and publishers as necessary, but not entirely trustworthy. As both the villain and the saviour of media, the Web is held in a not too comforting embrace.

Crowdsourcing is producing a new media populism that has editors looking to the online comments on the website and choosing to follow stories that have generated a lot of noise, but often little clarity.

Journalists (those who still have jobs) complain that the daily beast is now even more insatiable than ever. One broadcaster told me that if he has two hours to do one story, that's considered luxurious.

Journalism schools and organizations need to stop being complicit in preparing students for the past. The courses still taught most often teach skills that worked well 10 to 20 years ago. But media organizations haven't been clear either about what they want or need from J-schools.

Innovation in our journalism schools remains the needed and missing link that will blend new and old skills along with an appreciation of the business challenges that threaten the survival of journalism as we have known it.

Jeffrey Dvorkin is a journalist and director of the Journalism program at the University of Toronto Scarborough and is taking part in this week's Worldviews 2013: Global Trends in Media and Higher Education conference. 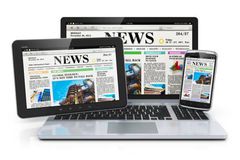 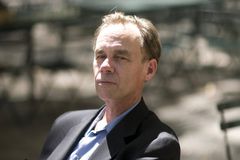 How to run as fast as an antelope, and other lessons in global journalism
September 17, 2012 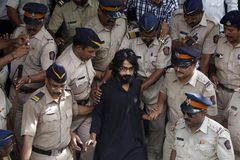