The upcoming Quebec summit on the future of higher education creates an excellent opportunity to take the public discussion beyond the polarizing debate about tuition fees. I hope the February 25-26 gathering in Montreal reflects the openness to change that has made Quebec one of the more innovative societies in North America.

So far, the debate has been dominated by two things: opposition by some to increasing what have long been the lowest tuition fees in Canada; and the tough state of Quebec's finances after a global recession. In efforts to reduce its budget deficit, the government is looking for savings across the board, including the university network.

Its most recent $124-million cut in university operating grants, however, further erodes the capacity of its universities to remain strong in teaching and research. These matter in a fiercely competitive global environment, where knowledge-building creates a prosperous society.

All this comes in the context of a university system already underfunded by an estimated $850-million a year when compared with its counterparts in the rest of Canada.

What to do? At any summit on the future of higher education, we really ought to explore the future: how to grapple with fundamental changes that technology is bringing to the ways people learn and teach. How to encourage more Quebecers to study with us, and to complete their studies. How to help citizens who want to return to university to do so. How to make certain that our universities are open to all students. How to compete more vigorously with the rest of Canada and well beyond. How to sustain our world-class researchers, who make new knowledge and solve the world's problems. And how to pay for these fundamental goals in ways that are fair to all.

At the moment, public opinion favours indexing current tuition levels to inflation. That would provide some relief but probably not enough.

Today, tuition fees in Quebec do not differ from one field to another. Another way to ease the university funding dilemma would be to levy differential tuition fees – where students pay a greater percentage of the true cost of their instruction by discipline.

This could be balanced upward to reflect higher potential earnings for graduates of disciplines such as medicine and law, or downward to account for lower prospective earnings in other disciplines. Differential fees could also be tailored to encourage the participation of students who are the first in their family to go to university.

One big challenge in Quebec, which has the lowest rate of university attendance in Canada, is to attract students to university in the first place. We need to spell out better the career and life opportunities opened up by higher education as well as the substantial financial aid available. And we need better support to help students get all the way through our programs to graduation from university.

I think we can incorporate differential fees in a progressive manner, but we should not adopt policies that force an artificial differentiation between universities.

I am not in favour of adopting a two-tier system in which universities oriented toward research would get higher funding and lower-funded institutions would focus only on teaching undergraduates. That's an archaic approach not suited to the modern university or the demands of our rapidly changing society. Montreal is a world-class hub. That makes it thrive. Why demote some universities to the second tier?

Students are thrilled to immerse themselves into a research environment even as undergraduates. And their innovative, entrepreneurial passions are key to our future.

The Concordia undergraduate engineering students who recently won a Canada-wide satellite design competition are a good example. Students designed and led the Space Concordia project, and their satellite will be launched in 2013. They reached out for advice from faculty, incubation of the project by the university and support from industry.

Quebec's university leaders are deeply concerned about the future of our vital and noble mission. The summit should not get stuck in the push and pull of tuition fees. It should not be the end of the rethink on higher education, but the beginning of a reset.

Alan Shepard is the president and vice-chancellor of Concordia University. 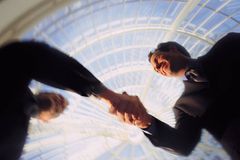