Despite being at the forefront of Canada's job growth over the past three years, the mining sector will not be able to grow at its full potential in the next decade because of a lack of trained workers, those in the industry say.

The resources industry has begun to work closely with governments, colleges and universities to try to address the looming shortage it fears.

The mining industry will need more than 145,000 workers by 2023 to fill new positions and to replace individuals leaving the sector. That is a tall order, given the figure represents more than 60 per cent of today's work force.

The expected shortfall is based on modest forecasts, says Ryan Montpellier, executive director of the Mining Industry Human Resources Council, which made the calculations.

The problem may have been obscured in the last couple of years as mining companies cut jobs and cancelled multibillion-dollar projects around the world in response to falling commodity prices. But the issue remains as pressing as ever. The boom in mineral exploration in the three years leading up to the financial crisis means that there is about $140-billion worth of projects in the Canadian pipeline today, most awaiting environmental and permit approval, Mr. Montpellier says.

New mining projects will find it difficult to attract all the required skills across a broad range of activities, from engineers to heavy equipment operators, he warns.

But mining specialty programs, such as the one at Yukon College, in Whitehorse, aim to graduate people with some of those badly needed skills.

The first group of students has just graduated from the newly formed mining operations program at Yukon College, designed to teach entry-level skills and to get locals interested in the sector.

"I definitely have my foot in the door now," says Jason Johnson, who got on-site work experience at Capstone Mining Corp.'s Minto Mine as part of the program. "I have made some good connections and believe I have a better chance at getting a job than I did three months ago."

All the students in the inaugural class are likely to find jobs quickly, says Shelagh Rowles, executive director of the Centre for Northern Innovation in Mining at Yukon College.

One reason is that the human resources departments of the three companies mining in the territory selected the individuals for the program. In addition, the centre's governing council – comprised of managers from the mines, First Nations delegates and the Yukon government – keeps the college closely connected to the needs of the stakeholders.

At Cambrian College of Applied Arts and Technology, in Sudbury, Ont., an advisory committee of industry representatives gives faculty regular feedback on what mining companies require.

"They are very active," says Katherine Bruce, a professor of mining and geology and the co-ordinator of Cambrian's mining engineering technology program. "They don't hesitate to tell us, 'This is what we see, this is what we want.'"

Generally, employers are looking for strong workplace skills and a high degree of professionalism in graduates, rather than just good grades, she says.

Enrolment in Cambrian's three-year program is up significantly this year, partly the result of the mining slump driving workers back to school to upgrade their skills. First-year enrolment increased to 75 students, up from 50 last year, Ms. Bruce says.

However, even if colleges are successful in attracting and training new talent, there will remain a significant shortage of workers over the long term, Ms. Rowles says.

"The Yukon has three mines in production today and more projects going through the permitting process. Even if just one-quarter of them get approved, the region will be looking at a serious, serious [mining] skills shortage," she says.

The University of British Columbia also has more students in its engineering mining program this year than ever before. The 200 undergraduates and 100 graduate students have been attracted by the prospect of big paying jobs, global travel and diverse opportunities. But they will not alleviate the pressure on mining companies to find well-trained workers.

"There's still going to be a shortage," says Scott Dunbar, acting head of UBC's mining engineering program. "Worldwide it's going to be very difficult, let alone in Canada. Some of the mining projects that will be undertaken are enormous and will require all kinds of different skills. It's going to be tough to get projects off the ground."

Even though the mining sector is known for paying about 40 per cent more than average national wages, it must get prospective entrants to the field to see beyond some obstacles.

"The business of mining is still widely perceived as dark, dirty and dangerous," Mr. Montpellier says. "Very few people grow up saying 'I want to be a miner.'"

The reality, though, is that technology has made the business much safer and easier. Only about 30 per cent of the jobs at a mine are actually mining, with the bulk consisting of positions in environmental monitoring, maintenance and administration.

At Cambrian College, mining students are taught about the hardships their work will likely bring to their lifestyles. Working seven-day shifts and being on-site weeks at a time will take a toll on a family, so the school tries to prepare them psychologically and practically, Ms. Bruce says.

Perhaps the most challenging obstacle is the cyclical nature of the resource sector, a fact made even worse by companies' repeated practice of laying off employees in bulk when market conditions weaken.

Mr. Montpellier argues that mining's cyclicality is not as bad as that seen in some other sectors, such as manufacturing, because the jobs always come back.

"You cannot offshore mining," he says. "The mineral extraction industry will be around in Canada for many, many years."

But many agree that the industry is making the skills gap worse for itself by not investing in more long-term development of workers.

"It's a fact of life that most of the industry thinks in the short term," UBC's Dr. Dunbar says. However, thinking is beginning to change, and some companies – including Rio Tinto Group and Teck Resources Ltd. – are starting to look at human capital more wisely, he adds.

A report by the Mining Industry Human Resources Council, published in August, advised mining companies to stop making their hiring policy based on the latest economic indicators and instead commit to longer-term training through university co-op programs and on-site training. 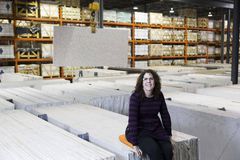 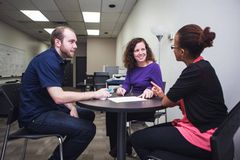 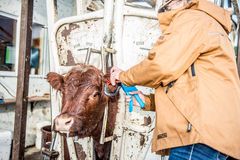 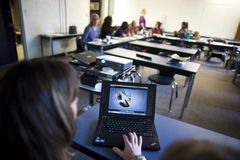 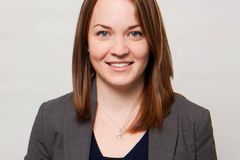 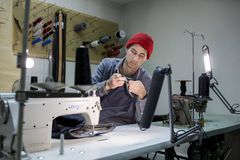