About half of Ontario's school principals have asked parents to keep their child at home because they could not accommodate their special education needs, says a new report that sheds light on how budget constraints have affected students with learning disabilities.

The findings, which were compiled by People for Education and based on a survey of about 1,300 school leaders from across Ontario, comes as the province adopts a new funding model that observers hope will alleviate some of the financial pressures in special education.

In the survey, released Monday, 49 per cent of elementary principals and 41 per cent of high-school principals said they have recommended to parents that children designated as having special education needs not attend a full day of school because of safety concerns, or because the necessary supports are not available for the entire time a student is in the building.

This forces parents of special-needs students to find alternative arrangements, given that the province's education act requires children attend school for a full day, unless they are ill.

"We have made extraordinary progress in Ontario in our desire for full inclusion of all students. But …we still have farther to go, and principals are still being forced to make very difficult choices," said Annie Kidder, executive director of People for Education. "Ultimately it may come down to having to ask ourselves, how much are we willing to spend in order to ensure that all students are included? Hopefully the answer is that we will spend what it takes, because I'm not sure that we as a society think that principals should be having to make decisions like that."

Toronto mom Irene Kassies says she has been so frustrated getting the necessary supports for her 10-year-old daughter that she has opted for private tutoring. Her daughter has processing issues and, as a result, is academically delayed.

"I was getting nothing, nothing in the school and I don't want her falling further and further behind," she said. Ms. Kassies described the special education supports in school as being "inconsistent."

Even though the province's special education grant has grown from $1.09-billion in 2002 to $2.72-billion today, the budget is still stretched as the prevalence of various learning disabilities has climbed. Thousands of kids are on wait lists for assessments to determine whether they will receive supports ranging from educational assistants, special equipment to help with school work or extra time to complete tests in the classroom.

But even after kids are assessed, resources are spread thin at many boards.

Lauren Ramey, a spokeswoman for Education Minister Liz Sandals, said the province's new funding model for high-needs students should help match resources with demand. Just over $1-billion in the special education budget goes to high-needs students, who have more serious learning issues and are generally students who are diagnostically assessed by the board and a psychologist.

The report says that Ontario elementary schools have an average of one special education teacher for every 37 students with special needs, and one for every 74 students in high schools.

Until now, the province gave school boards money based on historical information, which many argued was unfair and inaccurate.

Under the new tool, boards will receive their high-needs allotment based a model that takes into account parental education, median income, unemployment, recent immigrants as well as standardized test scores, proportion of aboriginal students and existing percentage of students currently receiving special education services. The new model is being phased in over four years, and will result in some boards receiving less than in previous years.

Among the winners is the Peel District School Board, which championed for the funding changes.

The board was receiving $339 per student in its high-needs budget compared to $523 at the Toronto public board, despite its demographic changes. The board is one of the fastest growing in the province, and argued that it was receiving funding based on calculations made a decade prior.

Louise Sirisko, Peel's superintendent of special education, said that under the old formula, her district had to take as much as $14-million from other budgets to help with special education. About 14 per cent of Peel students are designated as having special education needs, and Ms. Sirisko said the new funding model will alleviate those financial pressures.

She also said she was surprised with the report's findings that principals send kids home for part of the day because the school can't meet their needs. The report described it as a widespread practice. Ms. Sirisko said that while a small number of students are on a modified day calendar, most are required to remain in school.

"It's not the guidance that we give," she said. "We are profoundly dedicated to support kids with needs. We can't say 'We're not going to give you the support,' and send them home. That would be contrary to what we think is our duty." 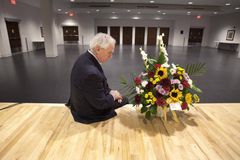 What Shanghai can teach us about teaching math
April 4, 2014 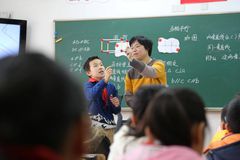 Why French immersion should be in all schools – or none at all
July 5, 2013 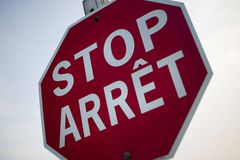 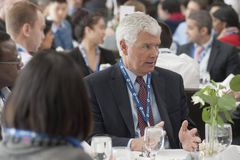