On the second day of school, 11-year-old Oscar Judelson-Kelly was asked to find the population density of Hong Kong and the German word for "horse." The assignment seemed easy enough, but then his teacher introduced an unusual caveat: No using the Internet.

Oscar and his classmates at Elizabeth Zeigler Public School in Waterloo, Ont., thought their new Grade 6 teacher was crazy. Those questions were just part of a list of 100 they had to answer, and without Google they didn't know where to start.

"We were stunned," Oscar said. "We didn't know what to do. Some people didn't take it so well."

As the school year gets off the ground and homework starts to compete for parents' attention, Oscar's experience may become more familiar. Assigning offline homework is part of a quiet revolt against computer-dependency in the classroom. Educators agree a Luddite future is not what they want: Digital literacy is essential. But teachers are finding ways to ensure their students hone critical thinking and curiosity skills that don't require WiFi, and perhaps consider the possibility that Google isn't omnipotent.

These classroom experiments are arriving at the same time as growing demand from parents for technology-limiting programs such as Waldorf and Montessori, which has been so popular at the Vancouver School Board that the program is expanding. Even after-school abacus-based math tutoring programs are seeing growth – probably for the first time in centuries.

"At this age, they get stuck on Wikipedia being the answer to everything and they forget that people can be a really great resource," said Oscar's teacher, Tamara Awad Lobe, one of two teachers in Waterloo, ironically the centre of a tech-savvy cluster, who introduced the assignment for the first time this year.

Ms. Awad Lobe says she's not anti-technology – her students spent three hours in the computer lab this week – she just wanted to try something that required them to step away from gadgets. In fact, a 2009 study in the Journal of Research on Technology in Education found that students did better on math homework when using computers than using a traditional paper and pencil. Yet many successful teaching methods that foster creativity such as Montessori rely on sensory exercises.

In traditional classrooms, few students are exposed to offline forms of research. Students in Ms. Awad Lobe's class nearly mutinied after they conferred with friends on the school bus and discovered that Ms. Awad Lobe's colleague, another Grade 5/6 teacher, had given her class permission to answer as many as 10 of the questions using the Internet.

The challenge for parents was as great, if not even more demanding, than it was for students.

"Some parents were especially stressed out," Ms. Awad Lobe said. "They were like, 'We can't do this in one week, that's impossible.'"

Oscar's mom, Sasha Judelson-Kelly, knew she had some books at home that would help – her Latin dictionary and an old copy of Rudiments of Theory of Music came in handy – but after that, she was stumped.

"I didn't even know where to begin, I had no idea," she said.

Although the Internet dominates the research techniques students learn in school, most students will build at least one book-only bibliography for an assignment during the course of their academic career. Still, most have grown up with the world at their fingertips, never further than the Web-surfing capability of their smartphones.

That's exactly why they have so much to learn from going without their gadgets, according to Steven Womack, a high-school English teacher in Franklin, Tenn. He challenges his students each year to go three days without technology. In the five years he's given the assignment to his Grade 11 English class, barely 5 per cent have had the willpower to endure. Still, he persists.

"I want them to understand what they are perhaps missing with technology," he said.

Ms. Awad Lobe's assignment was due Friday, and Oscar was the top of the class. While most students managed to answer 40 to 50 of the questions, and a couple answered 94, Oscar was able to answer 99. His mother says he learned much more than just the answers to his questions.

Oscar phoned his grandmother in England – who used to be a German teacher – to find out the word for horse. He found the population density of Hong Kong in an atlas at home. And he and his mom drove to two different post offices to find the postal code for Ulukhaktok in the Northwest Territories.

"I learned how many resources are off the Web," Oscar said. "And I learned that people always want to try and help me."

But he has one lingering question, the 100th one he couldn't answer.

What's the world-record distance for hurling a haggis?

That would be 217 feet – according to Wikipedia.

Should bullies be labelled early?
September 13, 2012 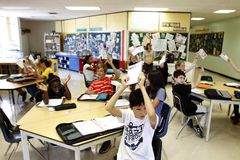 Your kids will get sick at school. Here's what parents need to know
September 16, 2012 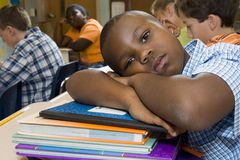 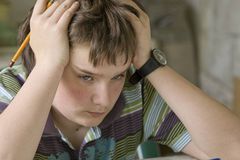 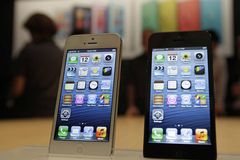