Competition for spots in engineering programs in Ontario universities could ease up in coming years as the province gets ready to announce expansion plans for some of the most in-demand degrees in Canada.

Last year, the government's higher education ministry held a series of consultations on the future of engineering education, talking with postsecondary institutions, employers, students and professional accreditation bodies. The result of that consultation, expected this spring, will guide decisions on new funding, a spokesperson said.

Many experts and industry groups say Canada has a shortage of skills in science, technology, engineering and math. But labour-market studies show that the number of openings varies widely across fields and within engineering. Grads in civil engineering have their pick of jobs, while others – in metals engineering, for example – are competing for only a couple of hundred openings a year.

As a result, the province's review has to strike a balance between long-term needs for engineering skills and the current labour market.

"One of the concerns that we had was about how you define the labour market," said Andrew Hrymak, dean of engineering at Western University in London, Ont. "Many engineering grads go on to get law and medicine degrees; another path could be through management. We tried to convey to government that there are multiple paths and students may progress in different ways," Dr. Hrymak said.

Just under 40 per cent of graduates with engineering degrees from Canadian schools work in the field, according to a study by the Ontario Society of Professional Engineers (OSPE). Another 40 per cent have jobs – such as in finance or business – that require a university degree, the same study found.

"If you look at where the jobs are in Canada, it's all around technology. Do we need to expand programs? I think we do, but we need to do it in emerging technology, in mechatronics, in nanotechnology, things you will need in five to 10 years," said Sandro Perruzza, CEO of OSPE.

Demand for programs is very high, with undergraduate applications to engineering programs growing by 90 per cent over the last decade and entrance averages into the 90s.

Engineering faculties at Windsor, McMaster and York universities are among those that have told the government they would like to expand. Every new university and college degree in Ontario must be approved by the Ministry of Training, Colleges and Universities to ensure quality and gain public funding. In addition, engineering programs must be accredited by the Engineers Canada Accreditation Board.

Among colleges, only Conestoga College offers accredited engineering degrees, but many colleges believe they could serve industry and students with specific, targeted programs.

"These programs might take in 30 to 50 new students each year," said Bill Summers, vice-president of research and policy at Colleges Ontario. "We don't think it's going to have a material influence on labour-market supply and demand, but it adds unique products to the marketplace."

George Brown College, for example, is talking about which degrees its Centre for Construction and Engineering Technologies could offer.

"Our students are ready to do the work, they have the technical skills," said Adel Esayed, the dean of George Brown's engineering department. "They look at the labour market, and if they want to go into management, it's better to have a degree."

The growth in programs comes as the profession is reckoning with how to update engineering education to keep up globally. At the moment, two systems are running in parallel, said Richard Hornsey, vice-dean at the Lassonde School of Engineering at York University in Toronto.

"The accreditation board has the old and new model running at the same time. The old model counted how much stuff you taught; the new model requires us to show how much the students have learned," he said.

Canada is part of an international agreement that recognizes the degrees of engineers trained in 17 other countries, including the United States, India, Ireland and Japan. Most have adopted output-based education, which measures ethics, lifelong learning, communication skills, teamwork and problem analysis. International accreditors have said that by 2020, Canada should do the same.

By focusing on the skills that engineers have learned rather than on course hours, students are better prepared for work, experts say.

"Employers tell us that engineering students are extremely competent," Mr. Perruzza said. "It's a question of: Are they employable? Can they work in a group setting? Can they communicate? Universities are encouraging students to take those kind of courses as part of the curriculum."

For habitually absent students, a trip to the justice system is often punishment
March 20, 2016 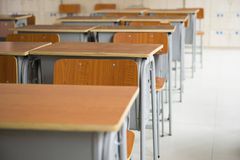 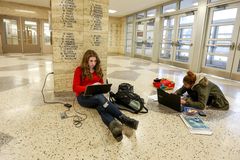 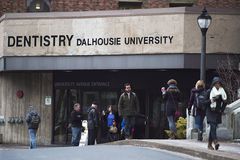