Almost 80 per cent of the people who were invited to apply for permanent residence through Express Entry were already in Canada, the government said in its year-end report on the new immigration system, released on Thursday.

Slightly more than 31,000 invitations were issued in 2015, a number that will grow in coming years as Express Entry becomes the main pathway for economic immigrants. The system was designed to improve how well immigrants do in the labour market by better matching them with employers, but some say that the results from its first years show it is too skewed toward jobs in demand right now.

"You have to look at some of the human capital and there is not enough of that going on," said Stephen Green, a Toronto-based immigration lawyer.

Express Entry awards people 600 points in its ranking system if their employer has applied for a labour market impact assessment (LMIA), showing they tried to find a qualified Canadian for the job. Employers in many industries, from high tech to business, have said the process is slow and approval rates are low, leaving them increasingly unable to recruit much-needed workers from abroad.

"I don't believe that our selection of economic immigrants should be weighed so heavily on a labour-market test," Mr. Green said.

A review of Express Entry, Citizenship and Immigration Canada said in a statement, will look at all aspects of the program.

"The review will include ... job offers, the LMIA requirement, and how Express Entry can be used to better support former international students and family reunification," the statement said.

Any review of the system must give priority to labour market needs, Michelle Rempel, the Conservative immigration critic, said in a statement.

"Unfortunately, the current Liberal government plans to slash key streams of economic immigration, including 15,000 spots in the Federal Skilled Workers Program, 8,000 cuts to the Caregiver immigration class and 800 cuts to the Business Class stream," the statement said.

Express Entry is to become the main entry route for economic immigrants, but the report shows that last year it brought in only a fifth of this group. Most of those who were successful are in skilled jobs, with 40 per cent working as financial and investment analysts and 8 per cent in tech and design. But 16 per cent are cooks and supervisors in the food industry and 2 per cent are retail managers.

Many of the 80 per cent who were already in Canada were here as temporary residents, including temporary foreign workers, intracompany transfers and international students.

Over all, very few of all those who apply succeed. The new report shows that 95 per cent of 200,000 applicants have fewer than 450 points. No one with fewer than that number has been approved so far.

"We should stop the pretense that anyone can fill out a profile, because they are clogging the system," said Sergio Karas, a veteran immigration lawyer.

Mr. Karas says a more honest system would openly give priority to workers already in Canada, set aside a number of spots for international students and only then consider applications from elsewhere.

"Why would you pick someone who lives elsewhere, who has no experience, when you have people right here," he said.

Still, the low acceptance rate has led to frustration.

"If you are sitting in India and China and are a high-skilled person, you say 'my chances of being selected are pretty small,'" Mr. Green said.

International students in particular have said the system has closed the door to settling in Canada. Under a prior system, they were almost certain to be able to stay after graduation.

Under Express Entry, the report shows, less than 1 per cent of 8,000 people who had studied in Canada had a sufficient number of points to qualify. 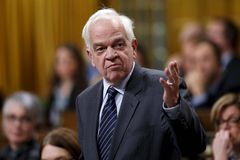 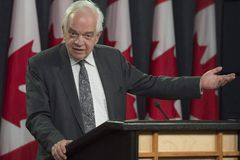 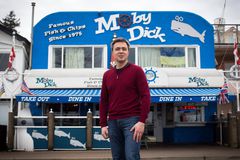