Matt Brown, the Mayor of London, Ont., is taking a leave from his duties after he admitted on Tuesday to an affair with deputy mayor Maureen Cassidy.

1. Why does this scandal matter so much?

Mr. Brown coasted to a landslide victory in October, 2014, after the conviction and resignation of former mayor Joe Fontana on fraud charges. He pledged to clean up a city council that was investigated twice by Ontario's Ombudsman for secret meetings between a group of councillors dubbed the "Fontana Eight."

Voters, fed up with the stream of scandals, elected 11 new faces to the 14-person council, seven of whom were under the age of 40. There was hope that the new council would avoid the scandals of the past administration.

But 20 months into his tenure, Mr. Brown is taking a break from his duties and is meeting with the city's integrity commissioner on Thursday to explain his "inappropriate personal relationship" with Ms. Cassidy.

2. How was the affair exposed?

The deputy mayor announced last week that she would be taking a leave of absence from her job. At Tuesday night's council meeting, Ms. Cassidy, 49, resigned from her position and held a press conference minutes later saying the reason was because her relationship with Mr. Brown crossed a professional boundary. Both Mr. Brown and Ms. Cassidy are married with young children.

Mr. Brown, 42, released a statement admitting to the affair after "rumours circulating about his private life" in the past few days. He said that it was a "grave error" and he intends to take some time off to be with his family.

The announcement caught councillors off guard, with one councillor saying most were not aware of the affair until Ms. Cassidy's statement.

With Mr. Brown temporarily giving up his duties and Ms. Cassidy resigning as deputy mayor, there's a question of who's running London right now. Interestingly, London has two deputy mayors. The structure was implemented by the new council in 2014 so that one person would be chosen by Mr. Brown and serve for the duration of the term and a second elected by council on an annual basis. Paul Hubert, appointed by Mr. Brown, and one of the three re-elected councillors, is the other deputy mayor and will be in charge in the interim. Councillors will likely be electing an interim deputy mayor for the duration of Mr. Brown's leave.

4. What happened the last time London's mayor was embroiled in scandal?

In the fall of 2012, former mayor Joe Fontana was charged by the RCMP with fraud and breach of trust for using federal money to pay for his son's wedding reception in 2005 while serving as a cabinet minister in Paul Martin's government. While he faced calls to resign or take a leave of absence, he refused until after he was convicted in June, 2014. Mr. Fontana resigned and served four months of house arrest. Council elected Joni Baechler to serve as interim mayor until the October election.

Mr. Brown can take a leave of up to three months before his seat is declared vacant. He said in a statement that he intends to spend more time with his wife and children in the coming weeks and will return to his duties "when we're ready." He said he doesn't intend to resign.

Mr. Brown will likely face some push-back from those who supported his bid for mayor on a pledge to clean up the tarnished image of the mayor's office. Longer term, his working relationship with councillors – which has so far been very smooth compared with the previous administration – could be affected by this scandal.

Ms. Cassidy resigned as deputy mayor but remains a councillor for Ward 5. 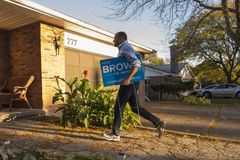 Joe Fontana officially resigns as mayor of London, Ont.
May 12, 2018 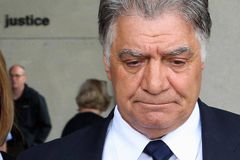 Municipal government: Why so many hush-hush meetings?
May 11, 2018 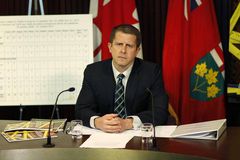