A Canadian legal scholar accused of sexual harassment as the dean of a leading U.S. law school says he feels vindicated by a settlement announced last week, and is looking forward to moving on with his life.

"I'm happy with my settlements with the University and Ms. Sorrell," Prof. Choudhry, a married father of two, told The Globe and Mail by e-mail, in his first interview since a dispute over his conduct set off an uproar at the law school a year ago. "They let me, and importantly, my wife and children, move on from a difficult situation that has dragged on for over a year. They also provided me with a significant degree of vindication."

He added: "I did not sexually harass Ms. Sorrell. The University acknowledges that I did not act with sexual intent and never posed a risk to anyone." The settlement made public by the university late Friday allows him to leave in good standing with no disciplinary record after a sabbatical ending May 31, 2018. It did not expressly exonerate Prof. Choudhry of sexual harassment charges, but he maintains his innocence, as he has from the beginning.

But Ms. Sorrell's lawyers said he did sexually harass her, and offered a statement from her: "This deal insults all who suffer harassment at the hands of those with power and privilege." Her lawyers did not respond to requests for an interview with her.

Prof. Choudhry, 47, came to Berkeley as dean in July, 2014, with a sparkling curriculum vitae: law degrees from Oxford, Harvard and the University of Toronto, work experience as a consultant on constitutional transitions in Jordan, Libya and Egypt, and a $225,000 Trudeau Fellowship.

But within weeks of becoming dean, according to a complaint from Ms. Sorrell, he was hugging her, kissing her on the cheek and rubbing her shoulders while she typed, daily. The hugs escalated to "bear hugs," said the mother of five, who is in her early 40s, and the unwelcome conduct continued until March, 2015, when she sent Prof. Choudhry a six-page complaint, which she later forwarded to the school's authorities.

The university investigated, and Mr. Choudhry acknowledged giving Ms. Sorrell hugs and kisses, although not daily, and not with sexual intent, but only to thank her for her work. The school found he had sexually harassed her, saying intent is not necessary for such a finding under its policy. It docked him 10 per cent of his salary as dean and obliged him to apologize to Ms. Sorrell.

When she sued Prof. Choudhry and the school, and the handling of her complaint became public, some faculty members protested that the punishment was too slight; the University of California's president then launched a second disciplinary process against Prof. Choudhry. He resigned as dean (remaining as a professor) and sued Berkeley for racial discrimination, but later dropped the lawsuit.

Under the settlement, Prof. Choudhry will be allowed $10,000 in travel expenses to participate in conferences, and $97,210 in research funding, until he leaves Berkeley next spring. In return, he withdrew a grievance he filed against the university and promised never to sue it in connection with this issue.

He also settled with Ms. Sorrell, agreeing to pay $50,000 toward her legal costs, and another $50,000 to a charity of her choice. And she settled her lawsuit against the university for terms it did not disclose, thus bringing to a close all legal matters stemming from her complaint.

Ian Holloway, law dean at the University of Calgary, said in an e-mail that the deal sounds to him like a reasonable one for all involved. "Assuming that Ms. Sorrell got the independent legal advice the settlements suggest, and that she really was entering into it voluntarily, then this will hopefully bring some closure for what clearly has been a terrible period for her. … For Professor Choudhry, this will now allow him to move on with this professional life. And for the University of California, this allows them to change gears from the defence of lawsuits to a learning moment in terms of campus culture."

Janice Rubin, a Toronto employment lawyer who conducted an investigation into the workplace conduct of former broadcaster Jian Ghomeshi at the CBC, said she does not believe the settlement and initial punishment held Prof. Choudhry sufficiently accountable.

"Would this have been the result had it been a untenured sessional instructor who behaved this way to a colleague or if a teaching assistant behaved this way, or the person in charge of IT at the law school?" she said. "I suspect not, and that that person would have been quickly out of the institution with no or very little compensation." She added, however, that Prof. Choudhry's apology, and acknowledgment of part of the behaviour of which he was accused, would usually reduce punishment.

"Settlements of this kind are practical at their core," Ms. Rubin said in an e-mail to The Globe. "This settlement gets rid of the whole thing very neatly from a practical perspective."

Prof. Choudhry called the dispute "the most challenging personal and professional experience of my life. I was distressed at how quickly people leapt to conclusions without any understanding of the facts. Social media made things much worse by accelerating the rush to judgment."

He said that during his sabbatical he will write a book called Democratic Backsliding, on global threats to constitutional democracy. "I'm also very busy with international constitutional advisory and policy work in Europe and the Middle East." 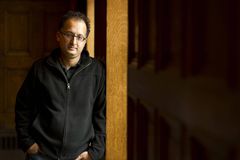 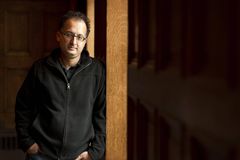