Josef Skvorecky was one of those most fortunate writers who, in their lifetime, enjoy true popularity. In his homeland, once Czechoslovakia, now the Czech Republic, he was revered and loved by everyone from established literary critics to the Prague waiter who once stood me to free beers when I told him I'd translated many of Skvorecky's novels into English. "I come from a family of readers," he told me, "and we can't get enough of him."

That sentiment is being echoed across the country as the news sinks in that in less than two months, three giants of Czech literature have passed away – the other two being the underground poet Ivan Jirous, who died in November, and Vaclav Havel, who died last month. Skvorecky's work was unique in that it captured, in brilliant storytelling, the experience of living under two totalitarian dictatorships, and then living as a writer in exile. In 1990, a year after the Velvet Revolution, he and his wife, Zdena Salivarova received, from the newly minted president Havel, the country's highest distinction: The Order of the White Lion. But perhaps Skvorecky's greatest satisfaction was to oversee the Czech publication of his complete works – and to see them sell out – in a country that had once banned him.

In Canada, Skvorecky's adopted homeland since 1969 and where he wrote most of his more than 40 books, his impact has been significant as well, although his strongly anti-communist sentiments, which were very close to George Orwell's, raised the eyebrows of some Canadian leftists. They did not, however, bother the late Canadian critic George Woodcock, who called Skvorecky's 1977 masterpiece, The Engineer of Human Souls, set in contemporary Toronto and wartime and postwar Czechoslovakia, "the best novel published in Canada in the 1980s … not only for its fine style, its perceptive insight into characters and its magical use of memory, but also for its complex awareness of the social and political realities of our time." That novel won Skvorecky the Governor-General's prize for fiction in 1984, the first time it had gone to a work not originally written in either English or French.

Skvorecky died Tuesday morningin the palliative-care wing of Princess Margaret Hospital in Toronto after a long and difficult struggle with respiratory illness and cancer.

Born in the small industrial city of Nachod in northern Czechoslovakia on Sept. 27, 1924, Josef Skvorecky was in his mid-teens when his country was occupied by the Nazis. His first attempt at writing fiction was inspired by the romantic novels of James Oliver Curwood, who specialized in Indian maids and dashing Mounties – an omen, perhaps, of his future connection to this country, and of his penchant for literature as entertainment. Then he encountered jazz. "It is the only revelation I have ever experienced," he wrote in an autobiographical essay. "I am not a mystic. My religious life has been all in the brain. I have been indifferent to marching men waving flags, to slogans, to little girls kissed by statesmen, to arms raised in Roman or proletarian fashion. But. …"

Jazz and youth lived amid the bitter reality of two kinds of totalitarianism and were to become the leitmotif of much of his fiction. His first novel, The Cowards, which he wrote quickly in 1948 just after the communist takeover, is a worldly-wise tale narrated by Skvorecky's fictional alter ego, Danny Smiricky, a cocky, young, free-thinking, sex-obsessed sax player who gets mixed up in a brief "revolution" as the Czechs take up arms against the retreating German army at the end of The Second World War. Written in a rich, slang-laden vernacular, The Cowards introduced a fresh voice into Czech literature, though it remained unpublished until 1958 and survived only a couple of weeks on the market before the censors withdrew it amid a flurry of scurrilous criticism in the communist press. It reappeared in 1964, during a pre-Prague-Spring thaw, and was shortly thereafter translated into English. It made Skvorecky's name abroad.

After he and his wife, Zdena Salivarova, also a writer, arrived in Canada, Skvorecky landed a day job lecturing in English at the University of Toronto and wrote The Miracle Game, a quasi-thriller about the Prague Spring and its aftermath. Salivarova established and ran 68 Publishers, which quickly became one of the most important Czech publishing ventures abroad. For her first book, she brought out Skvorecky's anti-military satire, The Tank Batallion, later translated into English as The Republic of Whores.

In 1975, a young Toronto publisher, Louise Dennys, met Skvorecky at the suggestion of her uncle, Graham Greene, who was a fan. Two years later, she brought out a translation of his most poignant "jazz" novella, The Bass Saxophone. It cemented his reputation as one of strongest new voices coming out of Central Europe. Since then, Dennys has edited and published 13 major books by Skvorecky, most of them under the Knopf imprint. His final few books, including the novella Ordinary Lives, were published by Key Porter.

Skvorecky leaves behind a huge body of work, translated into many languages. My favourite, though, is Dvorak in Love, set mostly in the late-19th-century United States. The book brings to life an all-but-forgotten period in American history, but the thrill of it comes from seeing a novelist at the height of his powers writing about a composer at the height of his – both of whom produced their best work inspired by the raw energy of America and its black music. It is Skvorecky's tribute to the pre-history of his beloved jazz, a music that is the very incarnation of freedom.

Josef Skvorecky is survived by his wife, Zdena Salivarova. 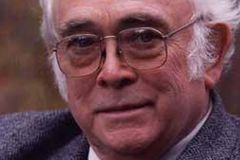 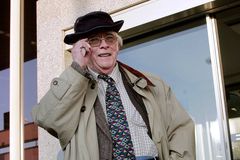 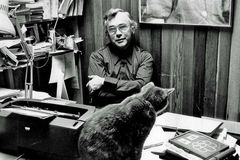