Girls are twice as likely to suffer long-term concussion symptoms as boys, according to a new Canadian study that may help to determine effective follow-up treatment for children with head injuries.

The study, published in the Journal of the American Medical Association on Tuesday, introduces a novel clinical prediction score to identify children who are most at risk for physical, cognitive, emotional, behavioural or sleep-related consequences a month or more after suffering head trauma.

Lead author Roger Zemek, a pediatric emergency researcher at the Children's Hospital of Eastern Ontario in Ottawa, said the study is important to effectively refer high-risk patients for specialized treatment and to provide reliable answers for concerned parents.

"There was no way yet to predict who was going to recover quickly and who was going to suffer symptoms for more than a month," said Dr. Zemek, who is also an associate professor at the University of Ottawa. "Parents have the right to know when their kid is going to get better and go back to doing the things they love doing."

The study examined data from more than 3,000 children, both male and female, aged 5 to 18, who were diagnosed with a concussion at one of nine pediatric emergency departments across Canada from 2013 to 2015 – the largest group of young concussion patients studied in the world to date.

Researchers asked them a series of standardized questions and administered a routine co-ordination and balance test, filling in any gaps on the extent of the injury or symptoms with input from parents and physicians. Patients were then re-evaluated in a follow-up visit at least a month later, and a third were found to still be experiencing symptoms.

The data allowed researchers to derive a 12-point score, in which patients with a score of 3 or lower at first visit were deemed low-risk while those with 9 to 12 were classified as likely to suffer from persistent post-concussive symptoms. The score incorporates nine factors found to be most predictive of risk, including age, biological gender, medical history and cognitive complaints.

"Our findings show that we were better than doctors were at predicting lasting symptoms," Dr. Zemek said.

He hopes that, since the test does not require advanced training, doctors or trainers can eventually administer it anywhere as a reliable indicator of risk before referring patients to a specialist.

One of the patients in the study was Jenna Pietrantonio, 19, who sustained a second concussion while playing hockey in September, 2013, and still finds herself healing from the effects to this day.

"I get headaches still, and a lot of ringing in my ears towards the end of the day. Sensitivity to light and noise is still kind of the issue to me, so sometimes when I'm watching TV, I have to wear sunglasses," Ms. Pietrantonio said. "It's impacted my memory, my social life, my family life, my ability to sleep or talk to people. Literally in any aspect you can think of."

Her mother, Lisa, said that if she had known the lasting effects of what many professionals call "an invisible injury," she and her family might have been better equipped to handle the outcome.

"I wouldn't wish it on anybody. There's no injury to see getting better," she said of watching her daughter struggle. "We didn't know what the right answer was, but we were hoping that we were doing the right thing for her."

Dr. Zemek said older children and teens are also at a higher risk of long-term effects than children under the age of 8, based on the findings.

The study, conducted simultaneously across pediatric hospitals in Canada, is far more comprehensive than existing research on concussions, which often excludes younger children and girls, or children with pre-existing conditions such as depression or anxiety, Dr. Zemek said.

He said it was important to study a wider demographic because children do not always get concussions from sports. "Your kid can get a concussion because he or she slipped on ice at the bus station, or fell in gym class, at the playground, even in the house."

Despite the prevalence of concussions, their consequences and effects are still notoriously difficult to study. Moving forward, Dr. Zemek hopes that the study will provide "a great foundation to more research about the complications of concussion," especially by narrowing down those patients who are more likely to suffer prolonged effects.

Ms. Pietrantonio, now in her second year at Carleton University studying cognitive science, sustained her first concussion in 2009 and hid it from her parents for more than a month, experiencing headaches and mood swings.

"When we saw how she was conducting herself at home or in her school life with her friends, we just chalked it up to Jenna being a young teenager," her mother said.

The implications of this study are great for parents, as Lisa Pietrantonio pointed out. "I'm so grateful that there's something preventative, just so parents know that these things do happen and there is a protocol put in place. And a protocol that's been validated and tested. I'm very excited about that." 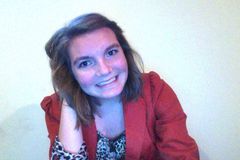 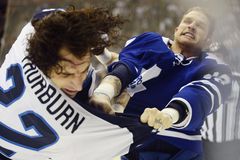 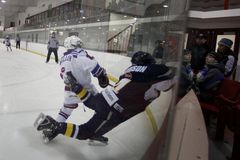 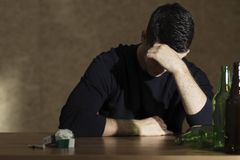