Jim Sinclair knew how to make an impact.

In the early 1980s, while pressing the federal government to create more affordable housing for Métis and aboriginal people who didn't live on reserves, Sinclair and associate Wayne McKenzie were offered $10,000 for each of the dozen communities they represented. But when they approached Canadian Mortgage and Housing Corporation (CMHC) about the money, they were told the real sum was only $20,000: Take it or leave it.

Although shocked, they took it – and were back a few days later (after visiting 14 banks) to return the money – in the form of 400,000 nickels, which they poured on the floor. "Obviously," McKenzie recalls them telling CMHC officials, "you people have a nickel-and-dime mentality because you're not taking us seriously."

The two felt that social workers were paying slum landlords what McKenzie calls "big money" so the people they represented could "live in dumps with rats," and the coin toss was just their opening salvo. "If you don't do something about this problem," they warned, "we'll be back in a few weeks with the rats we live with."

Soon afterward, Sinclair received a call from André Ouellet, then the federal minister responsible for CMHC, asking that he and McKenzie fly to Ottawa the next morning. "So, Ouellet gave us the original $120,000 so we can evaluate the communities," recalls McKenzie, now 65 and president of a Regina consulting firm, "then signs an agreement with us. 'Jim, Wayne,' he says, 'go out and buy 1,000 homes. Here's the resources.' "

Students at Carleton University still study the nickel stunt as an exercise in civil disobedience, he adds with a laugh. "That's the kind of thing Sinclair and I did back then."

Aboriginal leader Jim Sinclair died Nov. 9 at the Allan Blair Cancer Centre, Pasqua Hospital, in Regina. He was 79. Sinclair spent most of his adult life championing Métis and aboriginal rights; at an Oct. 25 assembly, he was honoured by the Federation of Saskatchewan Indian Nations (FSIN), which noted his 50 years of work on behalf of the community.

Sinclair took his treaty and aboriginal rights crusade around the world, addressing the European Parliament, visiting Australia at the request of the nation's prime minister and, on four occasions, receiving a private papal audience.

It was a long road to that point from simple beginnings and many early personal hardships. As a young adult, he led a troubled life before he entered Métis politics in 1964. He became a board member with the Association of Métis and Non-Status Indians of Saskatchewan (AMNSIS) in 1967 and, by 1971, was the organization's president – a post he held for 18 years.

During that time he fought for increased housing, employment and addiction treatment for Métis and non-status aboriginals. During the 1970s, he was a founding member of the Native Council of Canada, now known as the Congress of Aboriginal Peoples, which he led from 1994 to 1996.

Born June 3, 1933, in Punnichy, in the Qu'Appelle Valley north of Regina, Sinclair grew up, according to the Encyclopedia of Saskatchewan, "poor in an aboriginal squatter community," known on the Prairies as "road allowance people" – destitute Métis living in ramshackle roadside dwellings in a jurisdictional no man's land.

Eventually his family was evicted from their shack, and they lived next in a nearby tent while Sinclair attended the mostly white school and suffered the rural shunning of the marginalized. In 1950, the Sinclairs moved to a "half-breed tent city" beside Regina's dump. He supported himself by welfare and sporadic manual labour, turning to alcohol and, for the next decade, living largely on skid row – including two years in a derelict car.

The road to sobriety began when he met Napoleon Lafontaine, a Métis Society of Saskatchewan (MSS) leader, in the early 1960s. Under Lafontaine's influence, he realized that his condition and that of those like him could be overcome. Sinclair soon began to organize by banding poor, alcohol-plagued Métis into self-help groups so they could regain dignity and control over their lives. He was quickly depicted as a dangerous radical by the police, welfare authorities and even the church.

Tony Belcourt, an aboriginal rights advocate, said in a recent tribute that by the late 1970s, Sinclair's association had pioneered a provincewide "one person, one vote" ballot box electoral system. He believed that direct election put aboriginal leaders on par with mainstream politicians.

Known both for his commitment and his oratorical ability, Sinclair successfully lobbied to have the Métis recognized in the 1982 Constitution, and appeared as a witness when the fledgling Métis National Council (MNC) sued the federal government in March, 1983, to be represented in upcoming constitutional negotiations.

According to McKenzie, this was a period when Saskatchewan Métis felt that their lobbying efforts were finally being heard. At one point, he says, then prime minister Pierre Trudeau told him and Sinclair he wanted to discuss constitutional issues with them during a visit to Regina, and suggested they show him what kind of support they had.

So the two put out the word, and "when Trudeau showed up at the Hotel Saskatchewan, there were 1,900 supporters waiting," McKenzie recalls. Suitably impressed, the prime minister said to Sinclair: "What do you need? You got it."

Belcourt says that Sinclair was known as a corporate leader, innovator, entrepreneur and communications specialist, but he never lost his original vision to better the lives of his people. Once, fed up with public stereotyping of "half-breeds" as welfare cases, he declined an invitation to meet the Queen, calling her the "biggest welfare bum in the world."

By the end of the 1970s, Belcourt adds, Sinclair was a household name in the province, and his organization – which included "lieutenants" Wayne McKenzie and Jimmy Durocher – was a well-greased political machine. From his Regina base, he led more than 120 locals, regional offices, salaried board members, full-time legal counsel and hundreds of employees. The faithful didn't have to be reminded who had provided start-up money for their gas bar, a seat at a training centre or even the roof over their heads.

Sinclair was instrumental in establishing such organizations as the Gabriel Dumont Institute of Native Studies and Applied Research, the Saskatchewan Native Economic Development Corporation, Saskatchewan Native Addictions Centre, Urban Native Housing Corporation and the Provincial Métis Housing Corporation. His work garnered numerous awards, which include Lifetime Achievement Awards from the Canadian Senate, the Métis Women of Saskatchewan, the Métis National Council and a lifetime achievement award in 2006 at the National Aboriginal Achievement Awards.

Lisa Wilson, director of the Gabriel Dumont Institute, says Sinclair was adamant that Métis and aboriginal people improve themselves, recalling that he devoted a large part of one keynote address he delivered to "the need for aboriginal people to get sober and to reconnect with their culture."

Working on a Sinclair biography, Wilson interviewed him last year soon after he was diagnosed with cancer. "Jim achieved results – he was a real leader," she says. "The number of sit-ins, demonstrations, road blockades and tent-ins that occurred under his leadership is absolutely phenomenal."

Betty Ann Lavallée, the current national chief of the Congress of Aboriginal Peoples, recalls that Sinclair "didn't tell you what you wanted to hear; he told you what you needed to hear."

She says he once told her that, as a Mi'kmaq who spent 17 years in the armed forces and 13 years as chief of the New Brunswick Aboriginal Peoples Council, she should never forget where she came from. "He said, 'if you want to make life better for those that need some help, you need grit, determination and vision.' "

He also, she adds, liked a good laugh, "and he hated to lose at games – especially golf."

Wayne McKenzie points out that there are no pensions for agitators like Sinclair, who he says continued to work for aboriginal people right up until the end. "Jim was ready to go to Ottawa two days before he died."

Upon his death, Sinclair was given a Cree name, North Star, êka kâ-âhcît acâhkos ("the star which does not move"). He leaves his former wife Agnes Sinclair, their six children, 19 grandchildren and 16 great-grandchildren. His oldest son, Ken, a former professional golfer and chief of the George Gordon First Nation, died last year. 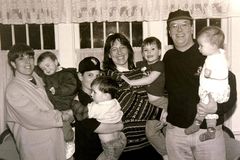