About a decade ago, a bumper sticker started appearing on the roads of London, Ont. "Out of a job yet?" it read. "Keep buying foreign!"

The slogan spoke to a city in decline and angry about it, with a manufacturing base eroded by a strong loonie and competition from the United States and China.

But Mike Moffatt, an economics professor at the University of Western Ontario's Ivey Business School, noticed something unusual about the cars sporting the tag: many of the makes, such as the Ford Escape and the Jeep Grand Cherokee, were manufactured in the United States.

Dr. Moffatt was reminded of that paradox during another recent controversy involving globalization, industrial job loss and a heavy dollop of rhetoric: the ketchup wars of 2016.

Beginning with a Facebook post by a patriotic construction worker in Orillia, Ont., French's ketchup vaulted into national fame for its use of tomatoes from the Leamington, Ont., area, where Heinz shuttered its plant two years earlier.

Denunciations of Heinz in the provincial legislature followed, as did threats to boycott Loblaws, which delisted the condiment and then brought it back after an outcry. The University of Windsor switched over to French's entirely.

The fracas has pitted two American companies against each other in a bid to wrap themselves in the Canadian flag. Both maintain a strong presence in Leamington, the "tomato capital of Canada," but do the bulk of their manufacturing in the United States.

As the episode ends on a triumphal note for economic nationalists, some are wondering if the success can be replicated in an inexorably globalized world – and whether "success" is even the right word for what took place.

"Deep down, people sort of recognize that – recognize that it's more of a symbolic thing," Dr. Moffatt said. "You can't, kind of, put the China genie back in the bottle."

Whether symbolic or substantive, the French's fight has become a cause célèbre in Southwestern Ontario.

"People you talk to, neighbours, high-school friends, people on Facebook – it's sort of been the No. 1 topic of conversation in the last couple of weeks," Dr. Moffatt said.

He believes the passionate engagement with the issue comes from a long-standing sense of impotence in the face of global economic forces that have buffeted the region.

"For the last 10 to 15 years, this region has been hammered by things outside of its control," he said. "We just felt helpless."

Choosing to change ketchup brands was a concrete way of fighting back against outsourcing and the power of multinationals.

Heinz made for a good villain. In 2013, it was bought by Warren Buffett's Berskshire Hathaway fund and the Brazilian private equity group 3G Capital Management. True to form, the new owners began cutting costs and closing plants across North America, including the one in Leamington, which had been operating since 1909 and employed more than 700 workers.

But the plant quickly found a buyer in Highbury Canco, a food-processing firm. And while Heinz now manufactures its ketchup in the United States, the Pittsburgh-based giant has contracts with the Leamington factory to make Heinz tomato juice and other products. Those contracts account for about 350 jobs, according to Leamington Mayor John Paterson.

French's, meanwhile, is a newcomer to the town. A New Jersey-based firm best known for its mustard, it began making ketchup with Leamington tomatoes in January. But the condiment itself isn't manufactured at the local plant – rather, Highbury Canco makes the company's tomato paste and ships it to Toronto for French's bulk restaurant ketchup, and Ohio for its bottled consumer ketchup.

While the newcomer's imprint is growing, its employment dividend will likely be concentrated in the agricultural sector – the Leamington plant is planning to contract 30 more farms to provide it with tomatoes for French's paste, Mr. Paterson said.

"Somebody will point that out, and it's almost seen as this weird contrarian take," he said. "Nobody wants to be that buzzkill."

Sylvain Charlebois doesn't mind being a buzzkill. A professor at the University of Guelph's Food Institute, he doubts whether French's has scored a lasting victory. The real test, he says, is whether people show up to Loblaws stores and actually buy the stuff.

"How consumers feel and what they actually do are two very different things," he said. "If you read Loblaw's statement, I would say it's pretty clear that there's no commitment to the brand."

The grocer has become a secondary villain in this saga. A leaked memo obtained by The Canadian Press this week showed that the company ditched French's in part because it was "cannibalizing" Loblaw's own President's Choice ketchup (which, they hasten to point out, is made in Winona, Ont., albeit with California tomatoes).

Kevin Grier, an independent food-market analyst, said grocers routinely drop outside brands on behalf of their house label. Canadians ordinarily don't care. And in the long run, he suspects, they won't show up to buy French's as a gesture of protest.

"The reality is, Canadians buy food based on taste and price," he said. "I don't think local's that big. I really don't. French's will succeed not because it's local but because it tastes better than Heinz and it's priced competitively."

The upstart faces an uphill battle. Heinz commands some 85 per cent of the Canadian ketchup market, French's president Elliott Penner says. And as Mr. Grier points out, it commands a price premium over other brands. That combination of overwhelming market share and price premium is a potent symbol of the condiment's popularity.

John Romanelli's feelings toward Heinz verge closer to hate. And not because of its flavour – Mr. Romanelli doesn't even eat ketchup. But the punk-rock musician and health-care union worker became one of the faces of the pro-French's movement this week when a video of him calling for a Loblaws boycott went viral.

The Toronto resident is still stunned at the grocer's swift reversal, which came just a day after it announced the delisting of French's.

"We all talk about social media and how powerful it can be, but this is the first time I've experienced it, and it's insane," he said. "Maybe this will teach a lesson to other employers that, 'Hey, do you really want to pack up and leave for Mexico?'"

But Mr. Romanelli also acknowledges the messiness of the protagonists in this nationalist drama.

"Let's not kid ourselves – we're talking about two American companies here. Not counting Loblaws," he said on Thursday. "And they're engaged in a Canadian battle. Which is only fitting in Canada." 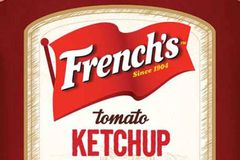 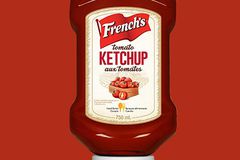