Federal Justice Minister Peter MacKay says he'll carefully examine a request to review the case of the only Canadian judge ever convicted of first-degree murder.

MacKay told reporters Friday that documents from Jacques Delisle's legal team have started to trickle in and he'll wait to see all the evidence before deciding how to proceed.

Lockyer said Crown forensics experts at Delisle's 2012 trial concluded that his wife, Nicole Rainville, 71, must have been murdered, while the defence argued she must have taken her own life.

"You could hardly have a more clear split between the experts," Lockyer told a news conference.

"It's apparent from the verdict the jury accepted the evidence of the Crown expert. I believe they were wrong to do so."

Rainville suffered a stroke on her 69th birthday and became partially paralyzed. She sank into depression before breaking her hip two years later.

In interviews with the CBC and Radio-Canada this week, the incarcerated Delisle said he left a loaded gun for Rainville to take her own life in November, 2009, and tried to talk her out of it but that he didn't kill her.

A jury found Delisle guilty of first-degree murder and the province's Court of Appeal and the Supreme Court of Canada upheld that ruling.

MacKay said the matter could be sent to a judge for review, but admits that Delisle's former position as a high-ranking provincial judge somewhat limits the options.

"But we have a process that will accommodate this type of request," MacKay said at a Montreal news conference as he made a justice-related funding announcement.

"It is obviously unique in that it involves a former judge."

When police arrived at the house the day of the death, Delisle lied and said his wife had gone to get the gun by herself.

Lockyer also said he believes the fact Delisle did not testify "played a huge role in his wrongful conviction."

The Ontario lawyer, who founded the Association in Defence of the Wrongly Convicted, said he has sent MacKay affidavits from Delisle and his son and daughter in an attempt to explain why the judge did not testify.

"We tend to forget in criminal proceedings that it's a human process and that events can occur out of court that can dictate the events that then transpire in court," Lockyer said.

"The family, represented by Mr. Delisle's daughter-in-law, Dominique, urged him, pleaded with him, cajoled him, into not testifying for the sake of themselves and the grandchildren.

"They did not want the world to hear that their father had helped their mother, their grandmother, commit suicide."

Delisle's son, Jean, also attended the Quebec City news conference and made a passionate plea for the release of his father, calling him "the victim of a serious judicial error."

"We are certain that my father did not kill our mother," he said. "My father loved my mother deeply until the end of her days. He was a good husband, attentive, devoted and loving. The exemplary way in which he looked after her during her illness is the proof.

"We loved our mother deeply and if we weren't convinced of our father's innocence, we wouldn't be here today.

"We'll never know whether the verdict would have been different had my father testified and told the truth about what happened on the morning of Nov. 12, 2009. One thing's for sure, though. The result couldn't have been worse." 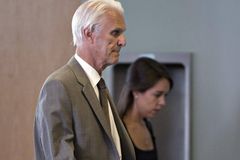 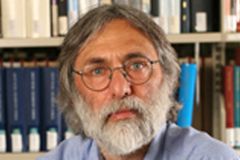