A man convicted of sexually assaulting a 16-year-old boy at a remote cabin in Nova Scotia has been sentenced to two years in prison.

MacKean, who is in his 60s, showed no emotion as he was sentenced.

A jury also found MacKean guilty in March of communicating for the purpose of obtaining sexual services from a person under 18, and Coughlan said the sentence includes six months in prison for that offence.

The boy testified he had been held against his will at the cabin for eight days in Upper Chelsea, about 130 kilometres southwest of Halifax.

He told the trial he was blindfolded and chained to a bed when a man performed oral sex on him in the cabin on Sept. 20, 2012. The youth said he was able to determine from a limited view beneath the blindfold that the man was a balding, heavy-set man who wore glasses.

Another man accused in the case was sentenced last June to 11 years in prison.

LeBlanc was arrested in Northern Ontario in September, 2012, after a Canada-wide manhunt.

At the time, police were also searching for Wayne Alan Cunningham, 31, whose body was later found near the area where LeBlanc was arrested. Foul play was not suspected in his death.

An agreed statement of facts in LeBlanc's case said he offered the teen a painting job and drove him in a van from Halifax to Lunenburg County in September, 2012, on the pretext of picking up supplies.

The youth later escaped and a woman reported seeing a barefoot teenager at her doorstep, chained at his wrists and ankles.

The Crown and the defence made a joint recommendation for two years in prison and three years of probation for MacKean.

The mother of the boy, who cannot be identified under a publication ban, said in her victim impact statement that the sexual assault left her son emotionally damaged.

"It has scarred him and it continues to this day to plague and traumatize him," she said, looking directly at MacKean.

She said the young man, who had turned 16 just months before the sexual assault, often cries and sobs for no apparent reason.

He doesn't feel safe and insists on keeping large knives at home, she said.

The boy's mother said her son was frightened when MacKean entered the room where he was confined and didn't know whether he would be assaulted or if the men intended to kill him.

MacKean has damaged her son's future, she said, adding that left her and other members of her family to deal with his trauma.

Coughlan said in arriving at his sentence, he took into account that the youth was chained and blindfolded and that "he looked young."

He also noted MacKean had communicated with one of the men who confined the youth to ask about having another sexual encounter with the boy after the initial assault.

In his testimony, MacKean denied he performed oral sex on the youth and said he was led to believe the teen was a young adult in his 20s. If he felt the youth was distressed, he said he would have made sure he was freed.

When he arrived, MacKean said Cunningham told him the youth preferred to have a blindfold on because he was shy. 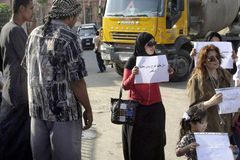