Members of Montreal's Muslim community are condemning statements by the head of Montreal's police union that the city's "multi-ethnic" character makes officers a target for attacks.

"Police officers are not immune to the possibility of attacks because of the multi-ethnic character of Montreal," Yves Francoeur said in an interview with Radio-Canada.

On Saturday, two uniformed NYPD officers were fatally shot while sitting in a police car in Brooklyn. The accused attacker had posted on social media that he intended to avenge the deaths of Eric Garner and Michael Brown, which have led to heavy criticism against police in the U.S.

Mr. Francoeur, president of the Montreal Police Brotherhood, also told Montreal's Le Devoir on Sunday that in light of recent attacks in Canada that killed soldiers Cpl. Nathan Cirillo and Warrant Officer Patrice Vincent, there is concern for Montreal as well.

"When there are mosques on your territory, unfortunately, there are more extremist people," he said.

"We do not believe it helps the harmony within Quebec society and it is unfair honestly to really target certain groups within Quebec, whether it is religious or cultural or based on skin colour," said Mr. Majzoub.

"It is unfair and unjust because his talk about radicalism and the existence of mosques is not scientific. All the incidents that we are hearing about are coming from individuals that are really not from the mainstream of society," he said. "I don't know how and based on what he related his talk, saying that wherever there is a mosque there is a high risk of radicalism. This is proven to be the opposite completely."

Mr. Majzoub said the Canadian Muslim Forum is asking the city to denounce his statements and for the police union to retract them and apologize. On Monday, Montreal mayor Denis Coderre tweeted that the city's "diversity and multicultural character is an added value" and "not a threat for our safety." He stated that Mr. Francoeur "needs to clarify his thought."

The police union declined to comment. On Monday evening, it issued a press release on behalf of Mr. Francoeur who said that the multi-ethnic character of Montreal "is not a problem in itself," but an important "reality of police work in the city," according to a translated statement.

He stated that one of the "complex problems" the city faces is the phenomenon of isolated, radicalized individuals. He said reducing his prior comments to one multi-ethnic aspect of the city is "simplistic."

Fo Niemi, executive director of the Montreal-based Center for Research-Action on Race Relations, said that Mr. Francoeur's comments are not necessarily directed at the city's Muslim community alone. He said Montreal has had problems with gang violence and other organized crime, which many seem to associate with members of the black community.

"He's associating Montreal's multicultural character with anything that goes wrong, crime violence, terrorism and it portrays diversity as a threat to police officers," said Mr. Niemi. "It reflects a mentality that we don't know to what extent it's widespread, but it's certainly not positive for the social climate of Montreal and for the police-community relations…We hope that this is either just a one-person view or what we call a Freudian slip, but if that reflects what many officers in the union think then there's a serious need for collective dialogue and therapy here."

Salam Elmenyawi, president of the Muslim Council of Montreal, said it's important not to forget there are many welcoming members of the police force "who understand the making of the community and the positives about it."

"[They] appreciate the presence of people from different ethnic communities and that this diversity is what makes Quebec, and Canada in general, a very unique and very good nation," said Mr. Elmenyawi. Unfortunately, he said, many highly-ranked officials still have certain suspicions about ethnic groups.

"They have these kinds of ideas," he said. "They don't even know that these are xenophobic ideas and that this is not right."

Mr. Elmenyawi said the police force would benefit from sensitivity training and increased education about ethnic communities in Quebec, which would be facilitated by also having more officers on the force from minority backgrounds.

For Mr. Majzoub, the solution may lie in a change to the police union's leadership.

"If he takes a position to resign, it would be a great message sent to all to feel that we are really part of the Quebec society," he said. 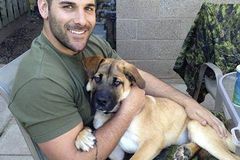