Ottawa should provide a financial "top-up" to help provinces and territories deal with the additional health costs caused by an aging population, the president of the Canadian Medical Association says.

At least $1.6-billion a year more is needed to meet the ever-growing health needs of seniors, notably better access to prescription drugs, home care and long-term care, Dr. Cindy Forbes, president of the CMA, said Sunday in an interview.

"There's no question that it costs more to look after an aging population," she said. "Clear action and increased support are needed if Canada's health-care system is to survive."

It is the most direct advice yet from the CMA to the federal government as talks heat up around a new Health Accord between Ottawa and the provinces and territories.

An Ipsos poll commissioned by the CMA as part of its annual report care on the state of health care found that three in four Canadians agree with the notion that provinces with a significant elderly population should get additional funding.

The same survey shows that only one in seven Canadians even knows that the federal government is currently in intense negotiations about cash transfers to the provinces and territories. Dr. Forbes acknowledged that "awareness of the Health Accord is low" but what matters is that the public has a clear sense of priorities for improving health care, and those are the ones politicians need to focus on.

Dr. Jane Philpott, the federal health minister, has said that Ottawa wants a new deal by year's end and hinted that the government may be willing to inject more money into health care, but only if it goes to specific priorities like home care. The provinces, for their part, don't like the idea of federal transfers coming with strings attached but have made securing new funds for pharmacare one of their top priorities.

During the election campaign, the Liberals promised to "make home care more available, prescription drugs more affordable and mental-health care more accessible," but made no financial commitments other than a vow to invest $3-billion in home care over four years.

The CMA polled the public on their health funding priorities and their top choices were: a strategy for seniors' health (84 per cent ranking it either very important or somewhat important); improved mental-health services (83 per cent); more affordable prescription drugs (80 per cent); palliative care (80 per cent); home care (79 per cent).

Since 2004, the Canada Health Transfer – the amount transferred to the provinces to help pay the costs of medicare – has risen 6 per cent a year. But, beginning in 2017, that increase will slip back to roughly 3 per cent annually – unless the Liberals sign a new deal (or a number of individual deals) with the provinces and territories.

The debate about how health care should be funded is as old as medicare itself. Initially, in 1957, Ottawa agreed to fund half of all hospital care and diagnostic imaging. Five years later, it extended that formula to physician services. But, over the years, its contribution dwindled. Last year, Ottawa transferred $34-billion to the provinces and territories, the equivalent of 22 per cent of public spending on health care.

The CMA has, in recent years, pushed for a strategy to ensure seniors get better care and now they are turning the attention to the pending Health Accord as a way of achieving that goal.

A report by the Conference Board of Canada pegged the additional costs on health spending result from an aging population at about $1.6-billion this year, rising to almost $1.9-billion by 2020.

Dr. Forbes said that physicians would like to see "more goals and accountability" in how health dollars are spent and, as a result, the CMA believes that part of the health transfer should come with strings attached. She said a "top-up is a win-win because you can address specific issues such as better access to drugs and still leave room for provinces to address local needs."

Demographics vary a lot by province. In New Brunswick, for example, one in five citizens is over the age of 65; by contrast, in Alberta, one in eight people is a senior. In provinces with significantly older populations, additional health costs can be considerable.

The general council of the Canadian Medical Association, which represents the country's 83,000 physicians, is holding its annual meeting this week in Vancouver.

Opinion
Liberals are ignoring the changing realities of the retirement age
August 13, 2016 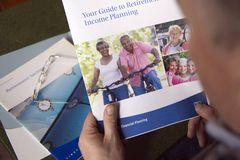 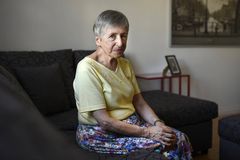 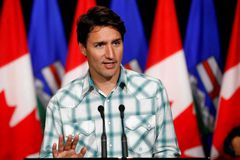