When Nathalie Des Rosiers became general counsel to the Canadian Civil Liberties Association last year, she took over an underachieving organization that was struggling to broaden its reach and raise its profile.

The distance ahead became painfully obvious some months later, when a collection of global civil libertarian groups gathered to discuss strategy in Washington, D.C. "We were the smallest," Ms. Des Rosiers said. "Even smaller than Kenya's, smaller then Egypt's. It was startling."

That is rapidly changing. At a time when police powers continue to expand and threats to privacy are on the rise, Ms. Des Rosiers has vaulted the CCLA to the front lines of the battle to protect individual rights and hold governments accountable.

"She has breathed new life into the CCLA," said University of Toronto law professor Sujit Choudhry, a board member. "She is a bridge builder who has expanded its tent and will, in time, knit the association into a broader, global network of civil liberties organizations in other countries."

Among the high points of her first year at the CCLA, Ms. Des Rosiers, 51, thrust her organization into the midst of the G20 summit; attracted a great deal of fresh, pro bono legal expertise to the CCLA ranks; and expanded its donor base - no mean feat at a time when the fight against terrorism has civil libertarians on the defensive.

Ms. Des Rosiers preaches one consistent message: "Canadians think we can survive as a society because of our strong commitment to democracy," she said in an interview. "We take our rights for granted, but we can't be smug."

A graduate of Université de Montréal and Harvard University law school, Ms. Des Rosiers is a former dean of civil law at University of Ottawa and president of the Law Commission of Canada.

She has followed a similar path to that of another legal star - former Supreme Court of Canada justice Louise Arbour. Both were schooled in the convent system in Montreal, obtained coveted law clerk positions at the Supreme Court of Canada and made a mark as legal scholars. Both then relocated to Ontario, their facility in both official languages and legal cultures making them dream candidates for the bench.

The G20 summit was a coming-out party for both Ms. Des Rosiers and the restructured CCLA. With 50 lawyers in the streets of Toronto to observe and chronicle civil rights abuses, Ms. Des Rosiers nimbly provided the international media with prompt, compelling news angles.

Her biggest coup came on the eve of the summit. On a hunch, Ms. Des Rosiers scrutinized Ontario government websites and stumbled on an obscure provision that greatly expanded police powers near a perimeter security fence. She was shocked. The Toronto Police Service had purposely concealed the provision in correspondence with her.

She instantly posted the discovery on the CCLA website and contacted key news organizations, creating an overnight sensation.

Later, Ms. Des Rosiers worked alongside her volunteers in the streets, watching for abuses and noting police badge numbers. "If you are going to have 50 volunteers out there, you do your own tour, too," she said.

In 2011, Ms. Des Rosiers has her sights set on attacking threats to privacy and extracting secrets from governments via access to information requests.

She has barely begun, predicted Mahmud Jamal, a constitutional expert at Osler's LLP. "Nathalie has made the CCLA into a truly national, bilingual organization for the 21st century," he said. "She is a natural leader - inclusive, respectful, and empowering of her team. She is passionate about protecting civil liberties and has reflected deeply on the issues affecting Canadians.

"It is no exaggeration to say that Canadians are freer because of the work of Nathalie and her team at the CCLA."

Born in Montreal in 1959, Nathalie Des Rosiers studied law at Université de Montréal and received an LLM at Harvard. She practised for several years at Lerners LLP, in London, Ont., and then became dean of the civil law section at University of Ottawa. She was president of the federal Law Reform Commission from 2004 to 2008, and was appointed general counsel to the Canadian Civil Liberties Association in 2009.

Ms. Des Rosiers has infused new life into a vital organization that had not lived up to its promise. She has attracted a vast number of lawyers and firms willing to argue cases pro bono to ensure that courts adequately consider issues such as privacy, free expression, press rights and equality. The organization has attracted new corporate and individual donors and increased staff lawyers. Ms. Des Rosiers was a central figure during the G20 summit, providing leadership and drawing attention to rights abuses.

There's lots to do, including: co-ordinating with international civil rights groups to form a common front; arguing in Parliament, the courts and the press for the right to privacy, fair treatment for immigrants and refugees as well as Canadians imprisoned abroad; attacking police abuses of authority on a broad scale; developing school education programs about civil liberties. 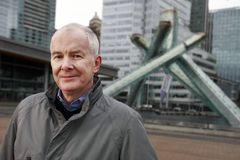 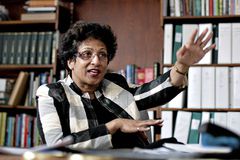 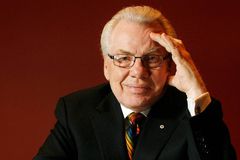 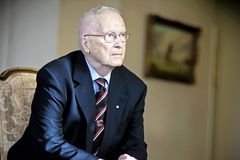 Peter Munk: 'I've made some money and I wish to give it back'
April 29, 2018
Follow us on Twitter @globeandmail Opens in a new window
Report an error Editorial code of conduct
Due to technical reasons, we have temporarily removed commenting from our articles. We hope to have this fixed soon. Thank you for your patience. If you are looking to give feedback on our new site, please send it along to feedback@globeandmail.com. If you want to write a letter to the editor, please forward to letters@globeandmail.com.
Comments