Six young Nova Scotia men who admitted to exchanging intimate images of at least 20 girls without their consent treated the victims as "objects for the accused's own sexual gratification," a Nova Scotia judge said Wednesday in handing down conditional discharges.

But Judge Paul Scovil also recognized that the young men have shown remorse for their part in the creation two Dropbox accounts for the purpose of sharing dozens of intimate images of girls naked or in various states of undress.

"The victims were in a vulnerable position that these accused took advantage of," said Scovil as the six young men watched on from the gallery amongst loved ones.

"These young men have come forward and admitted responsibility. Each one of them has said how they understand how they hurt the victims, and I am encouraged by that."

The conditional discharges mean the six young men will follow court-imposed conditions for nine months — which include completing community service and counselling — and that their youth court records will be erased three years from the date they pleaded guilty.

Scovil acknowledged that some of the conditions of his decision may have already been met.

Court heard that the six young men have participated in a restorative justice process since being charged in July 2016.

All six chose to address the court Wednesday, each expressing their remorse.

"It's probably the biggest mistake I will make in my life," one of the young men told Scovil.

At the time they were charged, four of the accused were 15 years old and the other two were 18. However, all were under 18 when the offences were committed, which means their identities are protected from publication under the Youth Criminal Justice Act. The victims' identities are also protected.

The case is one of Canada's largest involving a relatively untested law introduced in 2015 to combat the non-consensual sharing of intimate images.

The law came after the suicide of Nova Scotia teen Rehtaeh Parsons, whose family says a photo of her allegedly being sexually assaulted was circulated among students at her school in Cole Harbour.

"These young persons were not in any way bad kids," said Dostal outside of court. "What we hope that can be taken out of this is that despite all of their good character, they made some profoundly poor choices."

No victim impact statements were submitted with the court.

Scovil also took defence lawyers to task for arguing in a joint-submission that the girls should have known photos shared through Snapchat could have been saved.

He said that wrongfully blamed the victims.

"Such thinking and such comments harken back to a time of sexual stereotyping that anyone who has been offended against sexually must have put themselves in that position... It's discouraging that (society) would still look to women and blame them for what took place," said Scovil.

But defence lawyer Stan MacDonald said that was not the intent of their arguments. He said what they did was present an "alternative view."

"At no point in time did we make any attempt whatsoever to blame any victims," said MacDonald, one of six lawyers who argued for an absolute discharge. "I take issue with the comments that the judge made."

The boys, who are all from the Bridgewater area, admitted to forming a private Facebook group to exchange photos of the girls, who ranged in age from 13 to 17.

In the agreed statement, the photos' subjects cited a variety of motivations for sending the images.

Some said they felt pressured by what they described as persistent requests for intimate images, while others said they were vying for boys' affections or just joking around, the statement said.

The document said one 13-year-old girl was repeatedly asked for sexual photos by one of the accused over the course of several days, despite persistent rejection.

Another girl who was 14 at the time said the boy would talk about how they could trust each other, then asked her for naked photos. 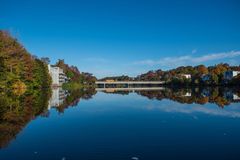