The Nova Scotia government has announced sweeping changes to its public-school system, including the dissolution of all seven English-language school boards, after an independent consultant flagged a "crisis of low achievement" in the "dysfunctional" system.

Wednesday's announcement came a day after Avis Glaze, who previously served as Ontario's education commissioner, tabled a damning report on Nova Scotia schools that blamed a "lack of clarity and coherence" among administrators for the fact that students perform below the national average in science, reading and mathematics.

"There is no reason why they should be left behind. They are no less bright nor less capable of learning," Ms. Glaze said on Tuesday at the release of her report, which pointed out that the achievement of black and Mi'kmaq students has suffered the worst.

The Nova Scotia Teachers Union and board officials reacted negatively to Ms. Glaze's findings. Hired by the province last October to examine school administration and operations, Ms. Glaze said she determined that Nova Scotia's education system has been hampered by politics and mistrust. She concluded that student achievement and learning has suffered because of a "dysfunctional relationship" between the Department of Education and the eight school boards.

Zach Churchill, the Minister of Education and Early Childhood Development, responded on Wednesday to the report and its 22 recommendations by announcing that the province is ready to move forward on 11 of them.

In addition to dissolving the English-language school boards and replacing them with a central advisory council – the province's francophone school board, the Conseil scolaire acadien provincial, will retain its current structure – the province intends to remove principals and vice-principals from the teachers union.

Teaching support specialists such as literacy leads and math mentors will be moved out of regional education offices and into classrooms four days a week.

Mr. Churchill said the province will change the name of superintendents to "regional executive directors" – to focus on their role in enhancing student achievement – and will give classroom teachers more input on curriculum, including selecting textbooks and learning materials.

A provincial college of educators, a self-regulating professional association, will also be created for teachers. Some of the changes will require legislation and will not be immediate. 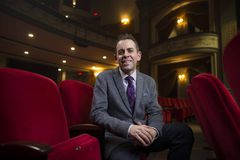 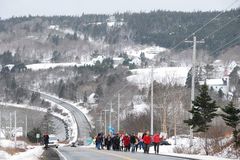 How business schools are helping stressed-out MBAs to cope
January 24, 2018 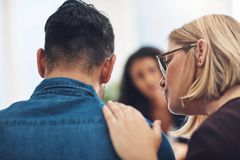