Lobster is Canada's most valuable seafood export, but for fishermen working at one of Atlantic Canada's 45 lobster fisheries the trips to and from shore are costly.

Lobster fishermen spend up to $700 in fuel per trip, which means checking traps daily can cost almost $5,000 a week.

Thanks to a local inventor, this summer's lobster season just got a little bit cheaper for fishermen near Meteghan, N.S.

The Bait Savour is the latest from inventor Vince Stuart and Dalhousie University's Innovation and Design Lab – also known as iDLab – and allows fishermen to extend the amount of time they can leave their traps unattended but still baited.

It's a small container that fits into a lobster trap. Inside it, there is a second piece of bait that is only released into the trap after a fuse, specially designed to biodegrade in water, breaks down completely.

Mr. Stuart, who's been working on the time-delayed bait release for almost a decade but struggled with making it affordable, recently joined with Matt d'Entremont at the iDLab to come up with a more cost-effective solution.

The duo expect the container to be priced at $50. It will be a one-time cost, but fishermen will have to buy the fuses separately.

"A lobster fisherman may choose in the way they operate to put two extra (Bait Savours) in and basically wait longer for the lobster trap to be full and you would see every time you rebait there'd be more lobsters in the trap, so they'd be pulling out full traps more often," Mr. d'Entremont said.

Mr. Stuart said the Bait Savour's reception has been positive so far.

"The reaction has been more than overwhelming, we've been getting a lot of feedback and a lot of interest worldwide," he said.

Most recently, Bait Savour – an obvious play on words – was named as one of the top 10 inventions of the year by Popular Science.

It also won a $100,000 innovation prize from Innovacorp, a provincial Crown agency that helps Nova Scotia companies commercialize technology they have developed.

While it is functional, the pair are still testing the device and don't expect it to be on the market until December.

In the meantime, Mr. Stuart said roughly 4,000 of the devices are being built to use in the Meteghan area this summer.

Each Bait Savour is already spoken for.

In Meteghan, it will help fishermen combat sand fleas in the summer, which like to eat the bait.

For regions that don't have sand fleas or similar problems, Mr. d'Entremont said the Bait Savour will likely be more helpful in the winter.

Because lobster fishermen tend not to go out as often in the winter, largely because of poor weather, he said they often let their traps sit empty for longer.

To be able to wait longer but still have your trap baited is good for safety and gas.

Hubert Saulnier, a lobster fisherman in the Bay of Fundy, said he's going to try out the Bait Savour next season but doesn't really expect it to be that much of a time saver since bait isn't really an issue in his district.

"In the fall the bait is not a problem, we go out every day," Saulnier said, adding "this unit would be good for the winter fishery when you go out once a week."

Lobster, Canada's most valuable seafood export, had annual exports of $805-million in 2009, but the government's conservation rules are strict. Although it varies in different fisheries, the government limits the number of licences, traps, fishing days, total allowable catch quotas, and more.

Because of those factors, the Bait Savour can't help increase a fisherman's haul, but Mr. d'Entremont said it will help fishermen save on operational costs.

Once the Bait Savour is on the market in Nova Scotia, Mr. d'Entremont said they'll continue to expand.

"It's way beyond Nova Scotia," he said. "In fact, there's lots of activity around the world, not only for lobster." 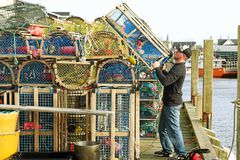 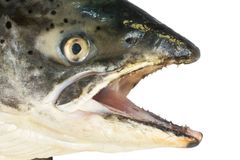