A slight but persistent decrease in Nunavut's tragically high suicide rate has officials hoping that programs to help those at risk are finally taking hold.

"We have a really strong partnership in Nunavut," said Karen Kabloona, a deputy minister in the territory's Health Department. "We have a way forward. It's based on evidence and what Nunavummiut say needs to happen."

Suicide among Inuit has been a long-standing and difficult problem in the Eastern Arctic that has touched nearly every family. At its worst, in 2004, the five-year average was 121 per 100,000 people — nearly 11 times the national rate.

Since then, suicide in Nunavut has been up and down. But since 2014, it's decreased slightly every year.

"The trends are hopeful," said Jack Hicks, a researcher with experience in the area.

"The good news is that suicide prevention efforts are far more effective than they were just a few years ago. All our work is finally paying off."

Since 2011, funding for mental health and suicide prevention has grown to almost $34 million in the most recent budget from almost $9 million.

Kabloona said giving teens emotional coping skills is crucial. That was one of the major goals at a youth camp the territory offered last summer.

"They get together and learn traditional skills, but they also have gathering times when they talk about their emotions and they learn to cope with the emotions they feel," she said.

The territory has taken a successful prevention program from the south and "Nunavutized" it, said David Lawson of the Embrace Life Council, which works with the government on suicide prevention.

"There's certain elements that needed to be more specific to Inuit," he said. For example, losing one's job is a significant risk factor in the south, but not in Nunavut.

As well, every community now has mental-health staff, Kabloona said. Referrals for those in trouble have been improved and the number of fly-in counsellors has increased.

Different agencies are working together. If teachers see a student struggling, there's a way for them to pass that along.

"We can now share personal information for people who are at imminent risk," said Kabloona. "We could do better, certainly, but we do have a lot of mental-health support in communities."

Inuktitut language counsellors are available to work with bereaved families and communities, where one suicide can trigger others. Community members are being trained to form bereavement support groups.

Research suggests many of Nunavut's mental-health problems stem from lingering effects of an abrupt transition to community life and government control that cost Inuit so many of their traditional ways and independence.

That, too, is being addressed, said Lawson.

"Crisis response teams are trained in intergenerational trauma — not just what's going on right now, but there has been training around historical trauma and acknowledging them."

Workshops on the relationships between Inuit and southern governments are bringing old hurts to the surface where they can be addressed, said Kabloona.

"What we find is that older generations of Inuit will say that they've never been able to talk about this before. And younger Inuit will say they had no idea. There are things we can do about intergenerational trauma."

Kabloona emphasized that all programming is directed and controlled by communities. They have to request what help they want.

Nobody pretends that the battle is won. Nunavut's suicide rate remains nearly 9 times the national average.

"There are still too many deaths by suicide in Nunavut," Kabloona said.

"We are very happy and hope that the number of deaths continue to trend downward." 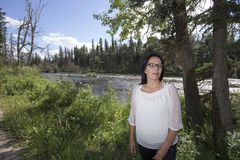 Health summit to be held in remote Ontario First Nation facing suicide crisis
July 24, 2017
Ontario boosts resources to remote First Nation facing suicide crisis
July 23, 2017
Report an error
Due to technical reasons, we have temporarily removed commenting from our articles. We hope to have this fixed soon. Thank you for your patience. If you are looking to give feedback on our new site, please send it along to feedback@globeandmail.com. If you want to write a letter to the editor, please forward to letters@globeandmail.com.
Comments are closed