Around the office, at the Realtor where she worked, Anastasia Kuzyk was known as a private person. She loved riding horses and teaching others to do the same. In her quiet way, she seemed happy.

"She was just a special, special girl," said Phyllis Maves, Ms. Kuzyk's colleague of six years at the Century 21 in the Wilno, Ont., area. "Everyone loved her at work. No one could say anything bad about her."

Seen in photographs sporting shoulder-length blonde hair and a demure smile, Ms. Kuzyk, 36, is among the victims in a triple homicide that has shaken the cluster of towns about 150 kilometres west of Ottawa.

The suspect, named in reports as 57-year-old Basil Borutski of Wilno, was arrested in a wooded area near Kinburn, Ont., around 2:30 p.m. and remains in custody. He is expected to appear at the Pembroke courthouse Wednesday afternoon.

The other two victims are both women: 48-year-old Natalie Warmerdam and 66-year-old Carol Culleton, who were discovered at separate residences about 40 kilometres from each other.

The killings, discovered by local OPP officers between 9 a.m. and 11:10 a.m. on Tuesday morning, took place at three separate residences in the rural communities around Wilno, a town of about 300. During the short-lived manhunt for the shooter, the OPP ordered local residents to lock their doors and stay inside. Extra security measures were also taken on and around Parliament Hill in Ottawa, as police announced the suspect may have headed to the city.

The spasm of violence has horrified people in the area, an expanse of small towns settled more than a century ago by Polish immigrants where most people know each other by their first names.

"This is slaughter," said Carl Bromwich, a councillor for Wilno. "This is the most unnerving thing that's happened here in years."

"It's just still surreal. It's like a bad dream," Ms. Maves said, her voice cracking with emotion.

While it's unclear what relationship the suspect had to the victims, the fact that he is alleged to have killed only women has been an added blow for many in the region. The Take Back the Night march against sexual assault planned for Tuesday night in Pembroke, a small city an hour east of Wilno, was cancelled in the wake of the killings.

"Whenever there's an incidence of violence against women that comes to public knowledge … it sets people on edge," said JoAnne Brooks, director of the local Women's Sexual Assault Centre. "There are many raw nerves. And there are three people dead. Yet again."

But Ms. Brooks said the march would be rescheduled for next Monday and encouraged people from across Ontario to attend. "It would be so great to have solidarity from people all around the province," she said.

"She always had a smile for everybody," said Ambrose Mullin, a server at the Wilno Tavern, where Ms. Kuzyk worked for a decade before dedicating herself to real estate full time about five years ago.

"We're getting calls today from customers who she used to serve, and they can't believe it. They remember her. She was that kind of person.

"Tonight, our blues night is going to be pretty solemn, I imagine," he added. "It's going to be a while to heal on this one."

Mr. Mullin said it was rumoured that Ms. Kuzyk and Mr. Borutski had been in a relationship.

Police initially said he was being sought in connection with one fatal shooting. Later in the day, however, police provided details on how events had unfolded.

They said officers were called to a location in Wilno just before 9 a.m. and found the body of a woman.

As a result of information they received, they then went to another home in the community and found the body of a second woman. Police say both women had been shot.

Shortly after 11:10 a.m., police say they found a third woman dead at a home about half an hour away from Wilno.

Ms. Kuzyk's was the first body found, in a house on Wilno's Szczipior Road, where she had been living.

After a day of speculation about the victims' identities, her former colleague Ms. Maves was crushed on Tuesday afternoon to learn that Ms. Kuzyk was among them. 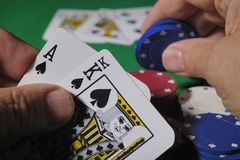 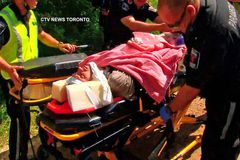 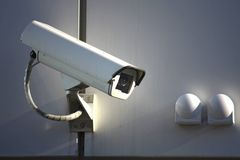