Sprinkled with misspellings and grammatical errors, awash in clumsy declarations of his hopes and plans, Michael Rafferty's Facebook profile was presented to the jury at his murder trial, painting a picture greatly at odds with the sophisticated man of the world he projected to the many women he befriended.

And of all the oddities, none was more jarring than the message he posted a few hours before he allegedly kidnapped, raped and beat to death eight-year-old Victoria (Tori) Stafford.

Tori was abducted at roughly 3:35 p.m. the same day. No explanation was offered as to what Mr. Rafferty had meant in this, the first entry in his 22-minute computer session that morning. But despite being a digital aficionado, updates to his profile were infrequent.

His previous entry, where he asked rhetorically, "Where are my good old friends, I need them with me...to get ahold of me so we can meet up," had been on April 2.

Mr. Rafferty, 31, has pleaded not guilty to first-degree murder, kidnapping and sexual assault causing bodily harm in Tori's death. The prosecution is expected to wrap up its case next week.

Most striking in Mr. Rafferty's "About Me" Facebook component is how long it is. He had been on Facebook for more than two years when he allegedly raped and killed Tori, the trial was told, providing ample opportunity to fix typos and other shortfalls.

But there seemed to be no sign he was aware of how poor his prose was.

Under "Activities," he wrote: "Well, I enjoy dancing and can movie when I want to I love camping and value friends more than life it's self lol If that means anything."

He said he had "many accomplishments and am greatful for having a chance to do."

He was saddened by his failures but was "slowly becoming someone."

He said he loved God, and animals too, and, breaking into capital letters said he was distressed "BY THE WAY REAL DOCTORS TREAT MORE THAN ONE SPECIES!!" a complaint that was unclear.

In earlier testimony, witness Jessica Meloche testified that she first encountered Mr. Rafferty four days after Tori was abducted, via PlenytyofFish.com., a Vancouver-based dating site through which he met about a dozen women who have testified so far.

Now 29, Ms. Meloche said she first met him in person the next day, on April 13, when he visited her at her home in London and told her he was a dance instructor who had travelled widely.

After that, they communicated "almost daily," she said, telling the trial that despite some initial qualms, including the fact that she didn't know where he lived, and the near-ceaseless stream of messages on his BlackBerry, within a week of their first meeting he asked if they could have an "exclusive relationship," and she agreed.

At the time of his arrest on May 19, 2009, she was even looking after some of his clothes, packed into her drawers, Ms. Meloche testified.

He'd moved to nearby Woodstock, he told her, because he'd bought his mother a house there and was looking after her.

Other trial evidence has shown that in the days after Tori was killed, Mr. Rafferty was juggling at least three relationships with women he'd met through PlentyofFish.com.

His co-accused, his former girlfriend Terri-Lynne McClintic, has admitted abducting Tori and bringing her to a nearby parking lot where Mr. Rafferty was waiting in his car.

The trio then drove to a wooded spot close to Mount Forest, 90 minutes away, stopping in Guelph en route to buy a claw-headed hammer, garbage bags and an illicit bag of Percocets – a strong painkiller.

But who actually killed the child with the hammer remains in question.

Ms. McClintic's Facebook profile was also scrutinized by Detective-Constable Waldron, who among other things noted that whatever the relationship between the two accused killers, they were not friends on Facebook. 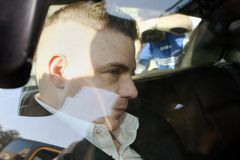 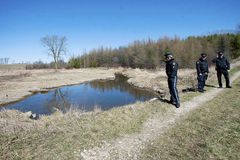 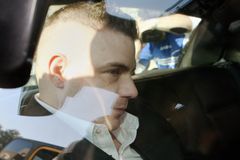 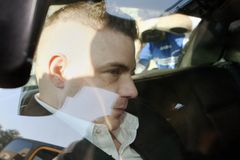