Ontario Progressive Conservative Leader Patrick Brown has staked out new ground on climate change, announcing to delegates at his party's weekend convention a climate-change strategy that includes carbon pricing but is revenue neutral.

His stand provoked concern among some of the more than 1,700 party delegates – one delegate yelled "no" when he announced it – and surprised others.

In an interview Sunday, Mr. Brown said it had to be done.

"I have always felt that climate change is a real threat. I believe it is an obligation for our generation to meet," he said. "I believe that a Conservative approach is the one I outlined … that polluters pay but that we return that in a dividend to taxpayers in broad-based tax relief."

This was his first convention as party leader, and everything – from the polished production of the convention to its content, including a panel on diversity and making overtures to unions, to his speech Saturday night in which he addressed climate change – was designed to showcase a new leadership style and show that the Ontario PC Party is new and fresh.

A year-long grassroots policy development process was also launched. In addition, former CFL star Michael (Pinball) Clemons gave a motivational speech and Mr. Brown is hoping he will be one of the party's candidates in 2018. The athlete will be touring Ontario with the leader this summer to get to know more party members.

In his speech, Mr. Brown criticized the provincial Liberal government's cap-and-trade system as "a cash grab."

Under the scheme introduced by Premier Kathleen Wynne, the price of carbon will be set at about $18 a tonne, which converts to about four cents a litre of gasoline or about $5 to $6 a month more to heat a home. More than 100 big industrial polluters will receive breaks. In addition, about $1.3-billion in revenue from selling permits will go to a special greenhouse gas reduction account, which the government will manage.

"Can he explain why for 10 years he supported the politics of denial and inaction," Mr. Murray tweeted, referring to Mr. Brown's tenure as a federal MP in the former Conservative government of Stephen Harper.

Mr. Brown said Sunday it was unfortunate that the Liberals are treating climate change as such a partisan issue. "I would hope that rather than trying to score cheap political points, the Liberals would say we are encouraged we are at the point where all political parties want to fight climate change."

In his speech Saturday, he said the money collected from the Liberal plan is going into another "slush fund" and that the PC plan "must be subject to independent oversight."

But some in the party are not so sure about Mr. Brown's new climate-change stand.

One senior delegate, who did not want to be named, said party members are angry that a policy process was launched at noon on Saturday and that evening the leader announced a major policy. That is the top-down approach that Mr. Brown and his team have said they were abandoning after his predecessor, Tim Hudak, was criticized for making policy with just a small team of insiders.

Another delegate, who also did not want to be named, said about 20 per cent of party supporters are philosophically opposed to putting a price on carbon, while another delegate said there is too much "hysteria" over the issue. Money, he said, would be better spent supporting hospitals, schools and job creation.

But other members were on side.

Susan Dykstra, a delegate from Beaches-East York in Toronto, said she's a teacher who had once been active in the party but had stopped because the previous leadership had declared "war" on teachers.

Ms. Dykstra said she's glad she attended the convention, because she liked what she heard, particularly on climate change and the extension of an olive branch to unions by Mr. Brown. Her colleague, M.J. Perry, called herself as an "old-school Red Tory" and described Mr. Brown's new stance on climate change as "manna from heaven."

Mr. Brown said he was comfortable with his position because it was reviewed by his caucus, and support among his MPPs was "practically universal."

Renfrew-Nipissing-Pembroke MPP John Yakabuski said that the only way to reduce carbon is to "put a price on it."

"This is a new party, these are new times," he said. "We are making it clear that the direction we're taking out there is one that people are going to stand up and take notice."

Leeds-Grenville MPP Steve Clark said this was the right time for Mr. Brown to announce his position, as the Wynne government has introduced legislation on cap-and-trade.

"I think he wants to make sure as a leader that we just don't oppose and just don't sit in the House and say, 'No, no, no.' What better place to start the conversation than at the convention," Mr. Clark said. 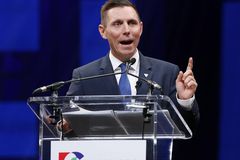 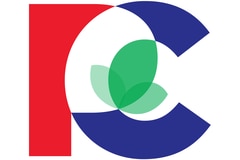 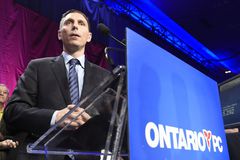