Ontario has unveiled plans for a cycling strategy to boost safety on increasingly traffic-clogged roads, but the government isn't ready to decide whether to make helmets mandatory for all bike riders.

The province's chief coroner had urged the government in June to expand its bike-helmet law to include adults after reviewing the circumstances of 129 cyclist deaths since 2006. The coroner found that nearly three-quarters of the cyclists who died were not wearing protective headgear.

The recommendation, however, was divisive, with proponents contending an all-ages helmet law would reduce injuries and deaths while critics maintained it would deter some people from getting on their bikes. All cyclists are required to wear helmets in British Columbia, New Brunswick, Nova Scotia and Prince Edward Island, but Ontario's law only applies to riders under 18.

Transportation Minister Bob Chiarelli said Friday he wants to consult Ontarians before determining whether to require adults to don helmets. He expects to make a decision within six months.

"We know it's extremely controversial. There are even some cycling advocate groups who suggest that it should not be mandatory," Mr. Chiarelli noted. "I think people need to have their say on this issue."

Jared Kolb of Cycle Toronto said the organization remains opposed to expanding helmet laws because it wants to encourage more adults to ride for health and environmental reasons. In gridlocked cities such as Toronto, cycling has for many become a preferable mode of commuting to work or school. In some parts of the city, biking is faster than driving or taking public transit.

Mr. Kolb welcomes the province's effort to revamp its cycling strategy, last reviewed two decades ago. According to the government's latest statistics, 630,000 Ontario residents ride a bicycle daily during the spring, summer and fall, while two million people bike at least once a week.

"A provincial [cycling] policy could help to inform all of the land-use planning documents that guide municipalities when they're redeveloping a piece of infrastructure," Mr. Kolb noted.

Over the next two months, the province will be seeking feedback on its draft cycling strategy, which is designed to bolster safety and increase the number of riders. The plan, released Friday, proposes providing safety and maintenance information with the sale of every new bike and updating the government's driver's handbook to include better guidelines for cycling and sharing the road with vehicles.

The province is also contemplating developing a provincial cycling network to connect communities and popular destinations. Quebec's La Route Verte, for example, spans more than 5,000 kilometres and has sparked a cycling tourism industry worth about $100-million a year.

For now, there are no new dollars attached to Ontario's cycling plan. Mr. Chiarelli said the government wants to give municipalities the option of applying to its $51-million Municipal Infrastructure Strategy for bike-related projects, such as erecting barriers on roads to separate cyclists from cars.

Along with weighing changes to its bike-helmet law, Ontario is reviewing whether to require motorists to put a one-metre buffer between their vehicles and cyclists when passing bikes. This safety measure, too, was recommended by the coroner. 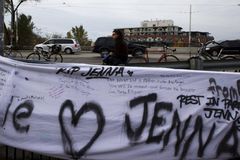 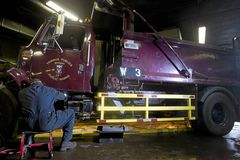 Transport Canada to look at bike safety benefits of truck side skirts
November 7, 2012
Explore the data: Toronto bicycle collisions mapped over 25 years
February 2, 2012
How bikes and cars can peacefully coexist on the road
November 13, 2011 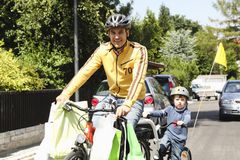 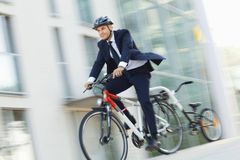