Ottawa is fighting to uphold its use of solitary confinement in federal prisons on multiple legal fronts, arguing that two landmark court challenges are moot in light of a federal Liberal bill tabled last week.

But the human-rights groups spearheading the legal challenges are putting up a stiff battle, providing early opposition to a bill that won't be debated in Parliament until the fall.

On Wednesday, the federal government filed to appeal a B.C. Supreme Court judge's decision from the day before rejecting Ottawa's attempts to halt a lawsuit brought by the BC Civil Liberties Association (BCCLA) and the John Howard Society of Canada.

The B.C. suit alleges that the Correctional Service Canada (CSC) practice of isolating inmates for up to 23 hours a day with no meaningful contact, referred to internally as administrative segregation, is unconstitutional.

The trial phase of the suit is scheduled to begin next week.

"We are deeply disappointed to see Canada once again trying to deny those who have suffered under Canada's current solitary confinement regime their day in court," said Caily DiPuma, the BCCLA's acting litigation director.

"Today's appeal is no more than a delay tactic."

Meanwhile in Toronto, federal government lawyers are seeking to adjourn a similar but unrelated constitutional application from the Canadian Civil Liberties Association (CCLA) and the Canadian Association of Elizabeth Fry Societies.

Unlike the BCCLA case, the Toronto trial is half-complete, with the CCLA scheduled to cross-examine witnesses all this week.

"The request for adjournment is all the more extraordinary in this proceeding because we are so far into gathering evidence," said Michael Rosenberg, one of the lawyers acting for the CCLA.

The Toronto claim asserts that administrative segregation should be deemed illegal in several circumstances, including when it exceeds 15 days; when it isolates inmates under the age of 21 or suffering from mental illness; and when there is no independent arbiter.

As of last week, 399 federal inmates were being held in administrative segregation, according to federal prisons ombudsman Ivan Zinger. All of them met at least one of those criteria.

Both sides in the CCLA proceeding have called testimony from a range of mental-health workers, CSC managers and professors – most of it heard during case-management conferences and out-of-court examinations.

The case will be heard in open court for the first time on Thursday, when the government makes its case for the adjournment.

In a factum filed last week, Crown lawyers argue that the proceeding should be suspended to allow Parliament ample opportunity to consider Bill C-56, the Liberal proposal to alter federal segregation practices.

They also claim the bill, if enacted, would address all of the CCLA's concerns, namely time limits on segregation placements, external oversight, better cell conditions and measures to divert prisoners with mental illness.

But prison-rights advocates have loudly declared that the bill is insufficient. They include Dawna Ward, sister of teenager Ashley Smith, whose death in segregation nearly a decade ago prompted much of the national debate around solitary confinement.

The bill proposes "presumptive" segregation time limits of 21 days (dropping to 15 days once the bill has been enacted for 18 months) that can be overridden by any warden. As for independent oversight, the bill provides for the creation of an external reviewer who could examine segregation decisions and make recommendations, but not the adjudicator so many advocates had asked for who would have the power to overrule CSC decisions.

A 40-page response from lawyers for the CCLA points to testimony heard in the case from Jay Pyke, warden of Collins Bay Institution, who said that creating a flexible time-limit parameter such as the one proposed in C-56 wouldn't change current practices at CSC prisons.

The response states that when Mr. Pyke was asked during cross-examination whether he was aware of any "psychological injury" that could arise from placing a prisoner in administrative segregation for a prolonged period of time, he replied, "Personally, I am not."

He went on to confirm that potential psychological harm never factors into decisions of whether to release an inmate from administrative segregation.

That view from CSC directly contradicts testimony of several previous witnesses in the case, according to the CCLA response. Both Ruth Martin, a family physician specializing in prison issues, and Gary Chaimowitz, a forensic psychiatrist with experience assessing inmates, spoke of a link between solitary confinement and several lasting psychological effects, including hallucinations, psychosis and suicidal behaviours.

The CCLA response characterizes government's delay motion as "nothing more than an attempt to bar the court from scrutinizing practices that will be permitted to continue regardless of whether Bill C-56 becomes law. The CCLA urges the court not to retreat from this vital work. The present application is too important to many Canadians who are, and will continue to be, subjected to devastating treatment at the hands of those who are charged with their custody." 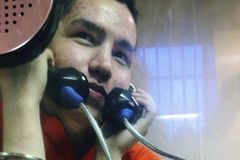 Liberal government to impose 15-day limits on solitary confinement
June 20, 2017
Court rejects Ottawa's bid to adjourn B.C. solitary confinement lawsuit
June 28, 2017
Follow Patrick White on Twitter @Nut_Graf
Report an error Editorial code of conduct
Due to technical reasons, we have temporarily removed commenting from our articles. We hope to have this fixed soon. Thank you for your patience. If you are looking to give feedback on our new site, please send it along to feedback@globeandmail.com. If you want to write a letter to the editor, please forward to letters@globeandmail.com.
Comments