Alexandre Cloutier bristles at suggestions he is Quebec separatism's answer to Justin Trudeau. True, Mr. Cloutier is young, telegenic, with small children at home, and projects the kind of sunny ways reminiscent of the federal leader.

But Mr. Cloutier, who is narrowly favoured to become new leader of the Parti Québécois next week, will have none of it.

"I'm not the son of a prime minister," he said in an interview recently. "I'm born in Lac Saint Jean, in a small village, from a divorced family and I am the product of public school."

Most singularly: "I am a sovereigntist."

Resemblances to the prime minister aside, the 39-year-old Mr. Cloutier is a fresh face in a party that has gone through three leaders in a decade and is fighting to stay relevant. The PQ was thrust into a leadership race after the surprise resignation of Pierre Karl Péladeau in May, but the contest has failed to inspire much public enthusiasm. Perhaps it is because the four candidates have spent a lot of time attacking one another and returning to old tried-and-true themes for the PQ – language, identity and the timing of another referendum.

Mr. Cloutier has been the front-runner, although a recent poll suggests he has lost much of his lead to fellow MNA Jean-François Lisée. Mr. Lisée is a backroom tactician who advised two PQ premiers and helped shape the strategy for the 1995 referendum. He has shown he has lost none of his shrewdness and flair for controversy, with repeated forays into the volatile topics of identity and immigration.

Mr. Cloutier's resumé, meanwhile, reads like he was preparing for a career in federal politics. He was a page in the Senate, clerked for the Supreme Court, and obtained an international law degree at Cambridge University – receiving a bursary from the hands of Prince Charles himself. He taught at the University of Ottawa and did a stint at the prestigious London firm of Blackstone Chambers.

Four former colleagues from the Senate and Supreme Court said in interviews that Mr. Cloutier was a collegial workmate and bright legal mind, although he never tipped his hand about his political leanings.

Mr. Cloutier, first elected under the PQ banner in 2007 in the traditional separatist heartland of Lac-Saint-Jean, insists he never wavered in his sovereigntist faith.

"I have always had a lot of admiration and respect for Canadians. I just don't feel Canadian," he said. "For me, Canadians are a bit like Italians or Germans – interesting because they are culturally different, with their own baggage and vision. But I don't feel we have lived in the same country.

"I am Québécois," he said, "and I want, like Canadians, to have my own country."

The problem for Mr. Cloutier and the other leadership candidates is that their vision of an independent Quebec is finding fewer and fewer subscribers. Whoever takes over the PQ on Friday will lead a party that has been in opposition since 2003 except for the 19-month minority government of Pauline Marois. The PQ's share of the vote has been shrinking since the mid-1990s, and it remains stuck behind the stumbling Liberals in public opinion polls.

More worrisome for the PQ is that Quebec independence, the party's raison d'être, is getting the cold shoulder from the very cohort it needs to survive, Generation Y.

A new study found that young voters born between 1980 and 1994 came of age after the formative battles over Quebec's place in Canada and they do not see independence as a priority. Comfortable with diversity, they were also turned off by the Marois government's proposed charter of values, which would have banned public servants from wearing overt religious symbols such as the hijab. The PQ's strongest backers are aging baby boomers.

"The PQ's discourse isn't resonating among 18- to 34-year-olds. For Generation Y, support for the party is collapsing," said political scientist Éric Bélanger of McGill University, who co-wrote the study with Valérie-Anne Mahéo of the Université de Montréal. The authors have set 2034 as a kind of demographic doomsday for the party.

The title of their study: "Is the Parti Québécois bound to disappear?"

Mr. Cloutier says he wants to modernize the PQ, and he is seen as a moderate in a party that has always struggled to make inroads with ethnic minorities. While Mr. Cloutier calls the burqa a "prison," and is incensed that some Muslim women wear burkinis at the beach while their spouses wear Speedos, he says the state has no place stepping in to stop it (he does, however, favour sending imams to schools to teach them Quebec values).

Mr. Lisée, a brainy former journalist, continues to bang the drum of identity politics. He was an outspoken advocate of the charter of values – he defended it in the New York Times, evoking inspiration from none other than Thomas Jefferson – only to insist after the party's defeat in 2014 that he would have voted against it.

Mr. Lisée has pitched a new charter that would "incite" public employees to avoid wearing religious symbols. He also wants to ban burqas because they can hide weapons. In July, he criticized Mr. Cloutier for tweeting best wishes to Quebec Muslims at the end of Ramadan, saying it violated the principle of state neutrality.

Mr. Lisée's proposals have helped him frequently grab the spotlight, while Mr. Cloutier has been cautious and uninspired. A CROP poll published in La Presse this month found Mr. Cloutier ahead of Mr. Lisée by only 1 percentage point among PQ supporters.

The other contenders are MNA Martine Ouellet, the only candidate to promise a referendum in the first term of a PQ government, and lawyer Paul St-Pierre Plamondon.

Whoever wins, the prize may be tainted.

"The problem with the PQ isn't with its leader. It's the party's option," Université Laval political scientist Louis Massicotte says of sovereignty. "When you promote an idea for 50 years and notice it's very seductive for one generation but the rising generation sees otherwise, it's not very reassuring.

"It would surprise me if a new leader, whoever it is, has a miracle effect on the party."

Véronique Hivon drops out of PQ leadership race due to health issues
August 26, 2016 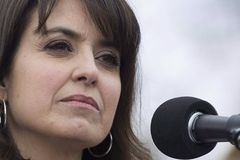 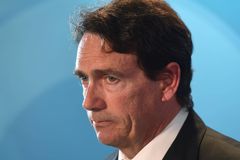