Five years ago, the Irish company OpenHydro installed a 10-tonne, multimillion-dollar tidal turbine on the floor of the Minas Passage – a narrow body of water dominated by the magnificent basalt cliffs of Cape Split that connects the Minas Basin to the Bay of Fundy.

This was a historic first in North America and a test to see if the renowned Fundy tides, known for being the highest in the world, could be harnessed to produce electricity.

It took only three weeks for the 12 turbine rotor blades to be demolished.

"We misjudged the energy that is in the Bay of Fundy," says James Ives, OpenHydro's chief executive officer. It is the only structural failure his company has ever had.

But OpenHydro has returned to the Minas Passage, one of four groups that are now part of a major project to develop tidal energy as a commercial enterprise. It is being conducted by the Fundy Ocean Research Centre for Energy (FORCE), a non-profit test centre near Parrsboro, N.S., on the shores of the Minas Passage.

The hope is to transform Nova Scotia into the world leader in tidal energy – a clean, renewable energy source that is more predictable than wind. The timing is perfect: The United Nations' Intergovernmental Panel on Climate Change recently warned that fossil fuels must be phased out by the end of the century or the world will face calamitous consequences.

For scientists and engineers attempting to develop this new source of renewable energy, the Minas Passage is the Holy Grail. They speak about it with excitement and a little reverence – the raw power of the water that rushes at speeds of up to 18 kilometres an hour through the five-kilometre-wide passage.

Estimates are that 14 billion tonnes of water is funnelled through the passage with the incoming tide, and the central part of the province tilts slightly under the weight. The wall of water can rise as high as 16 metres, or five storeys. So strong are the tides that any new device has to be built to what is now called the "Fundy Standard."

"The theory is if you can make your turbine withstand the forces of the Bay of Fundy, well then it will work anywhere," says Nova Scotia's Energy Minister Andrew Younger, who this month helped host the International Conference on Ocean Energy, held for the first time outside Europe.

Tidal energy experts see the potential of about 7,000 MW of electricity being produced in the Minas Passage in a province that uses 2,200 MW in the winter – and struggles with high power rates and a dependence on oil. The dream is to install hundreds of turbines on the ocean floor – resembling an underwater wind farm. Already, Mr. Younger boldly predicts that if this can be made to work at a competitive price, it is "exportable energy … right into the New England market."

FORCE was established in 2009. It has federal and provincial funding, money from Encana Corp. and the companies testing their devices. It took a year and about $1-million for FORCE to identify its test site, which includes four "berths" from which OpenHydro and the others will deploy their devices. The berths are about one kilometre off shore and 200 metres in diameter. The four underwater cables were installed three weeks ago from the FORCE site to allow the turbines to connect to the province's power grid. Mr. Younger has since announced the addition of one more berth to the test site.

Each company has a different device. Black Rock Tidal Power Inc., a German and British venture, is building the Triton. Unlike OpenHydro's new 2 MW turbines, which will sit on the sea bed and have one moving part, the rotor, Triton will have 36 turbines attached to cross arms that are tethered by two arms to a 3,000-tonne concrete pad on the ocean floor. The tethered arms swivel to allow the column of turbines to catch the power of the tide, explains Black Rock's Martin Baldus. It is designed to produce 2.5 MW of power for 750 homes when it is at full capacity and costs up to $15-million. It has yet to be built, and will not be fully operational until 2017.

OpenHydro, meanwhile, is planning to install its two turbines by the end of 2015. It is in partnership with Emera, the parent company of Nova Scotia Power. First, however, it must build a barge to get the turbines to the testing site. Its plan is to place them on the ocean floor and connect them to make power. This is called an "array" – and if it works it will be ground-breaking.

"We have the potential to deliver the world's first tidal array here in the Bay of Fundy and I think that's pretty special," says Mr. Ives. If it works it will prove that multiple devices can be connected to produce power for the commercial grid.

Amid the optimism, however, are environmental questions. Anna Redden, a professor at Acadia University and a member of the FORCE board, is studying the movement of fish and lobster in the Minas Passage through acoustic tracking – and so far the results are positive for the fish and marine mammals. Dr. Redden notes, however: "All the testing has been done on single devices. Once you start putting in arrays, you have to start thinking about 'now what happens.' "

For OceanHydro's Mr. Ives, the future looks good: "Our forecast is that we beat the cost of offshore wind. Are we there today? No," he says. But he predicts it will happen within a decade. 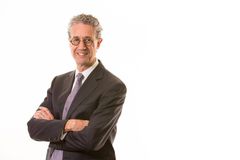 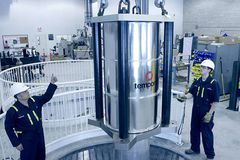 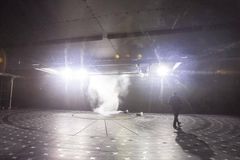 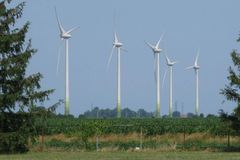 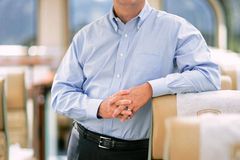