The epicentres of Canada's prescription pill problem have said they'll only pay for the leading brand of potent painkillers under special circumstances – one of the most dramatic steps taken in years to tackle the country's fastest-growing addiction.

Purdue Pharmaceuticals, which manufactures OxyContin, is replacing it with a drug that's supposed to be less prone to abuse. But some provinces have decided that's not good enough.

Ontario confirmed Friday that, starting at the end of the month, OxyContin – and its replacement, OxyNEO – will no longer be covered under the province's general benefits plan. Any doctor who wants to prescribe a provincially funded dose of the long-acting oxycodone will need to prove that other attempts to treat a patient's pain have failed. While this and other precautions have been "guidelines" for years, now they are a requirement.

"The active ingredient in OxyNEO is the same ingredient as in OxyContin, so it still has the same risks. … That's why we felt it was important to strengthen the funding requirements," said Diane McArthur, Ontario's assistant deputy minister and executive officer of Ontario Public Drug Programs. "Ontario has the highest level of OxyContin use in the country. And that was quite concerning to us."

Other provinces are making similar moves. Prince Edward Island, which already had special criteria for OxyContin prescriptions, has no plans to pay for new OxyNEO prescriptions. Manitoba only pays for OxyContin in exceptional circumstances and, along with British Columbia, has yet to make a decision on whether to pay for the drug's replacement. Saskatchewan will make a decision on paying for the new drug as early as next week.

The federal government, which funds aboriginals not covered by provincial programs, has said it will only cover OxyNEO under extenuating circumstances.

Purdue acknowledges that addiction to its prescription painkiller is a growing health problem. The pharmaceutical giant developed OxyNEO "in an effort to make the tablets more difficult to be manipulated for the purpose of misuse and abuse," said vice-president of corporate affairs Randy Steffan. OxyNEO also uses oxycodone, but is more difficult to crush, snort and inject.

But addiction experts argue that isn't enough. And the provinces' reluctance to fund one of the most popular painkillers out there indicates just how seriously they're taking this problem.

Mr. Steffan wouldn't comment on that reluctance. "Questions about reimbursement for OxyNEO," he said, "should be directed to provincial health authorities."

The move comes years after health-care practitioners first began sounding the alarm on the growing number of Canadians addicted to – and dying from – prescription pills.

"I think it's a major step in the right direction, from a public health perspective," said Irfan Dhalla, a doctor at St. Michael's in Toronto.

But even as provinces move to narrow the supply of opioids, treatment options for addicts remain inadequate – especially where the need is greatest: in smaller, more remote communities with huge addiction rates and few or no treatment services.

"It's no panacea," says Clement Sun, who runs a methadone clinic in Toronto. "In southern Ontario, and in larger centres, [treatment availability is] pretty good. But rural areas and in Northern Ontario, they're desperate."

In Northern Ontario, the prospect of OxyContin's phase-out prompted a call for help from health-care practitioners and community leaders with the Nishnawbe Aski Nation. There are so many addicts, and so few treatment facilities, that a disrupted supply could be a body blow to tiny communities.

Claudette Chase, medical director for the Sioux Lookout First Nation's health authority and a member of the Nishnawbe Aski Nation's prescription drug abuse task force, estimates that about a third of the aboriginal population in her area of northwestern Ontario is addicted to prescription opioids. In some communities, it's as high as 75 per cent. Of the thousands who need treatment, she said, less than 10 per cent are getting help.

Part of the problem is the paperwork needed to access Suboxone, an easy-to-use alternative to methadone, the most common treatment for opioid addiction. Ontario's Ms. McArthur said the province will meet shortly with the drug's manufacturer, Reckitt Benckiser, about "new information" on the drug; lowering the barriers to prescribing Suboxone is a possibility.

In the meantime, Dr. Chase worries about a drought of OxyContin in communities with high addiction levels. The impacts could range from mass, racking withdrawals to more deaths thanks to an all-too-versatile illicit drug market, she said.

"This should be treated as a public health emergency."

Estimated number of aboriginals in northwestern Ontario addicted to OxyContin

Estimated percentage of those receiving treatment

Estimated percentage of OxyContin-addicted residents in some of Northwestern Ontario's hardest-hit communities. 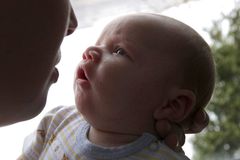 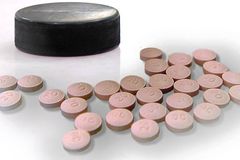 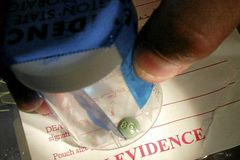 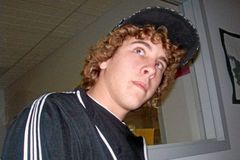