Update: Omar Kalair and Yusuf Panchbaya are no longer facing any charges related to this matter. Both men were acquitted of all counts contained in the indictment in Ontario Superior Court June 7, 2019.

The RCMP has filed fraud charges against a Toronto Islamic financier who went missing after he allegedly pocketed $4.3-million in mortgage payments from Muslim homeowners and used the money to buy himself gold bars, silver coins and electronics.

Omar Kalair portrayed himself as a trailblazing entrepreneur who, as a middleman, could offer mortgage arrangements to devout Muslims who believed that they were forbidden under Islamic law from making interest payments.

The RCMP's Greater Toronto Area Financial Crime Unit announced on Wednesday that the 38-year-old Mr. Kalair is facing criminal charges of theft over $5,000, fraud over $5,000 and laundering proceeds of crime.

The investigation, which was conducted with the Office of the Superintendent of Bankruptcy, also resulted in three charges under the Bankruptcy and Insolvency Act of fraudulent disposition of bankruptcy property, failure to comply and failure to answer truthfully.

Also charged with the same counts is a 55-year-old Mississauga man who has been described as Mr. Kalair's religious adviser, Yusuf Panchbaya.

Mr. Panchbaya is to appear at the Old City Hall courthouse on Feb. 21. The RCMP has issued a Canada-wide warrant for Mr. Kalair's arrest.

At the time, documents filed in relation to the receivership alleged unconventional transactions took place, such as an October, 2011, meeting at night in a parking lot in Toronto's west end, where Mr. Kalair said he gave nearly $2-million worth of recently purchased gold bars to a Muslim shopkeeper he did not know well.

In the documents, Mr. Kalair said his business was hampered by professional fees to theologians to ensure it was shariah-compliant, adding that the fees had to be paid in precious metals.

Clients who turned to UM Financial included many successful professionals such as engineers, entrepreneurs or chartered accountants, Sgt. Rollings said.

"They had no idea that the mortgage payments they were making to UM Financial were in fact misappropriated," he said.

He said investigators are alleging that suspicious transactions took place in the months before the firms went into receivership.

"The long and short of it – we are alleging it was an elaborate fraud," Sgt. Rolling said.

UM Financial effectively served as a buffer between Muslim homeowners and Credit One, a credit union. The deal was that UM Financial would help clients buy their homes and be repaid monthly – including service premiums – over long periods.

"It was a complex investigation," Sgt. Rollings said. "The investigators that were assigned to this file had to go through several steps, production orders, to get information and find the paper trail."

The broken business model ended up spawning questions among homeowners about whether their lending arrangements remain halal (lawful) or haram (sinful) when transferred to a secular lender.

"I personally think I ended up paying $10,000 to $15,000 more to get out of the arrangement," said Nazim Baccus, who bought his home with a mortgage from UM Financial. "The situation is so embarrassing people don't want their friends and families to know."

He said that Mr. Kalair's business shortcomings have chilled Islamic lending practises in Canada -- even though the pent up demand for such arrangements remains strong within the Muslim community.

"He messed with the reputation badly," said Mr. Baccus, but added that "if there was Islamic financing available tomorrow in Toronto, there would be a line for it."

With files from Colin Freeze

On the hunt for Islamic financier's missing gold
January 8, 2012 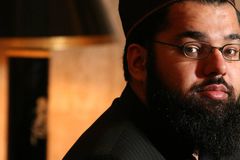 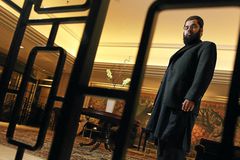