Fewer girls than boys are born to Indian women who immigrate to Canada, a skewed pattern driven by families whose mother tongue is Punjabi, according to a new study.

One of the most surprising findings of the study, to be published Monday in the Journal of Obstetrics and Gynecology Canada, is that the preference for boys does not diminish, regardless of how long women from India have lived in Canada.

"It's counterintuitive," said Marcelo Urquia, a research scientist at the University of Manitoba's Centre for Health Policy and lead author of the study. "We know that the longer immigrants are in Canada, the more likely they are to align to the host country."

But for many Indian immigrants who express a strong desire for sons, the study found, the practice of sex selection remains entrenched. Women who already have two female children are most at risk for abortions in the second trimester, when parents can learn the sex of the fetus. The study builds on previous research led by Dr. Urquia that found a deficit in Canada of more than 4,400 girls over two decades.

The latest study shows that women born in India who already have two daughters gave birth to 192 baby boys in Ontario for every 100 girls. The sex ratios are so distorted, they cannot be explained by natural causes, Dr. Urquia said. Across the globe, by comparison, the odds of having a boy over a girl are slightly higher: 107 boys for every 100 girls.

The preference for boys among many Indian immigrants reveals underlying gender inequities and will not change without intervention, Dr. Urquia said.

Amanpreet Brar, a third-year medical student at the University of Toronto who worked on the study, said gender-selection abortion was talked about openly in India's Punjab province, where she grew up, but she was surprised to learn that it also happens in Canada.

Ms. Brar, who immigrated to Canada with her family when she was 14, remembers the traditional celebration called a Lohri in India for celebrating the birth of a boy.

"It was rare to hear about a girl's birth being celebrated," she said.

But some steps have been taken in Canada to end gender-based customs and celebrate the birth of girls. In Brampton, Ont., where 40 per cent of the population is South Asian, one hospital has started handing out Ladoos, a sugary Indian sweet, when a baby girl is born, Ms. Brar said. Traditionally in India, Ladoos were just for moms who delivered boys.

The study analyzed 46,834 birth records for Indian-born mothers who delivered up to three live births in Ontario hospitals between April, 1993, and March, 2014, and who immigrated to Canada between 1985 and 2012. Mothers who gave birth to twins or triplets were excluded. The study also looked at the mother's birth place, her mother tongue and how long she had been in Canada.

Among all the mothers having their third child, nearly twice as many males were born compared with females if the previous two children were girls. The ratio was even higher among women whose mother tongue was Punjabi: 240 boys to 100 girls. The ratio of males to females did not differ according to when women arrived in Canada.

In India, the ratio of male to female newborns varies considerably, with several northern states consistently showing numbers that favour boys, the study says. The practice of sex selection is not widespread across India but it is prevalent, said Kripa Sekhar, executive director of the South Asian Women's Centre in Toronto. "Many members of the community welcome a girl child," she said. "It's a small minority of the community in Canada that still practises this."

A woman has a fundamental right in Canada to decide whether to have an abortion, and should not come under pressure from a spouse or other family members to deliver a male child, Ms. Sekhar said.

"This is an issue of choice that is taken away from a woman," she said. "In many ways it is very abusive." 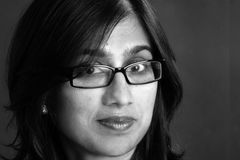 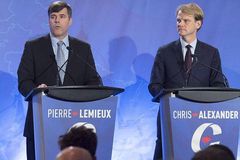 Expert panel endorses public coverage for abortion pill in Canada
April 19, 2017
New Brunswick first province to offer abortion pill Mifegymiso for free
April 4, 2017
Follow Karen Howlett on Twitter @kahowlett
Report an error Editorial code of conduct
Due to technical reasons, we have temporarily removed commenting from our articles. We hope to have this fixed soon. Thank you for your patience. If you are looking to give feedback on our new site, please send it along to feedback@globeandmail.com. If you want to write a letter to the editor, please forward to letters@globeandmail.com.
Comments