The Supreme Court of Canada has made it easier for failed refugee claimants to stay in Canada, but two dissenting judges said the court was potentially creating a separate stream of immigrants never intended by Parliament.

The case involves a Tamil boy who came to Canada at the age of 16 from Sri Lanka and was rejected as a refugee. He suffered from post-traumatic stress disorder and was well-established in Canada, with relatives, friends and schooling. The 5-2 ruling opens an existing safety valve much wider, particularly for children and teenagers.

That safety valve is the right to apply to stay in Canada on "humanitarian and compassionate" grounds. It has been an explicit part of immigration law since 1977, and immigration ministers had the discretion for decades before that to invoke similar considerations. But the Supreme Court ruled that the Canadian government had strayed from the law's generous intention of giving humanitarian and compassionate help to people like Jeyakannan Kanthasamy, the Tamil youth.

"I expect that this judgment will make a difference to the many, many people who ask to remain even though they do not qualify under the regular rules," Barbara Jackman, a Toronto lawyer representing Mr. Kanthasamy, said by e-mail. Mr. Kanthasamy had been arrested twice by the Sri Lankan army on suspicion of being a Tamil militant, and his father sent him to an uncle in Canada, fearing he would be arrested again, or that militants would try to recruit him.

The dissenting judges said while some flexibility is necessary, the granting of humanitarian and compassionate entry should be restricted to exceptional circumstances. "Giving it an overly broad interpretation risks creating a separate, freestanding immigration process, something Parliament clearly did not intend," Justice Michael Moldaver wrote in an opinion with which Justice Richard Wagner concurred.

The Canadian government's working definition of humanitarian and compassionate grounds required Mr. Kanthasamy to show that he would suffer "unusual and undeserved, or disproportionate hardship" if returned to Sri Lanka. The Immigration and Refugee Board rejected Mr. Kanthasamy's refugee claim in 2011, saying the discrimination against Tamils in northern Sri Lanka did not rise to the level of persecution. Mr. Kanthasamy then asked for humanitarian consideration, relying in part on a psychologist's report confirming a diagnosis of post-traumatic stress disorder because of his experiences in Sri Lanka.

The Supreme Court majority said the official's approach was misbegotten: Most psychologists have not witnessed the events affecting their patients, and the worsening of Mr. Kanthasamy's mental health in the event of deportation had to be considered, rather than simply what treatment was available in Sri Lanka. His best interests as a child were also critical, the majority said. Rather than treating the "disproportionate hardship" guideline as a litmus test, the majority said the Canadian government needs to look at the full context, including discrimination, medical inadequacies, the consequences of separating from relatives, and family-violence issues in all cases where humanitarian grounds are claimed.

Justice Rosalie Abella, writing for the majority, said the immigration official who rejected Mr. Kanthasamy's request for humanitarian consideration did not look at his circumstances as a whole, or give "serious consideration to his youth, his mental health and the evidence that he would suffer discrimination if he were returned to Sri Lanka."

The ruling, which requires the government to reassess Mr. Kanthasamy's application, comes as Canada begins to take in 25,000 Syrian refugees. In another refugee-related case, the Supreme Court ruled last month that Canada's laws denying entry to human smugglers were unfair to non-criminals who had tried to help refugees, and therefore unconstitutional.

John McCallum, the Minister of Immigration, Refugees and Citizenship, said in a statement that he respects the court and is reviewing the decision. 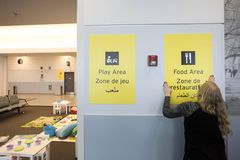 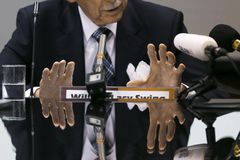 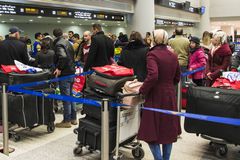