The bronze bell, heavy as a minivan and wider than a fridge, groaned to life and rang out across the flat roofs of Montreal. It was 10:17 a.m. – no mass, wedding or funeral to announce. Just a test.

"What a beautiful clarity of sound," pronounced Daniel Désormiers.

Mr. Désormiers seems like an anachronism in today's Quebec: He's a campanologist – a specialist in bells – in a province where religious practice and church attendance have collapsed.

When church bells ring these days, they may be tolling their own demise. Churches are closing, parishioners abandoning their pews. Yet despite the church's fading appeal, Mr. Désormiers and his crew are busy at this time of year preparing for Christmas, touring places like Cap-Chat, Saint-Eustache and Saint-Honoré-de-Shenley to secure the aural vestiges of Quebec's religious past.

If church steeples define the landscape in towns and villages across Quebec, church bells have long shaped their soundtrack. They rang out the rhythms of community life from birth to death for generations. They also warned of fires, or advancing British forces, spelling out seminal moments in peals and jangles.

"Church bells are witnesses to the history of Quebec," said François Mathieu, author of Les cloches d'église du Québec: Sujets de culture, a 2010 book on church bells. "They're objects of excellence, and each time we lose one we lose a piece of our past."

It's what led Mr. Désormiers, an electrician by training – 90 per cent of church bells are rung electrically – to clamber up a corkscrew spiral staircase and then a narrow ladder into the lofty precincts of the Notre-Dame-des-Sept-Douleurs church belfry one morning recently. Co-owner of Léo Goudreau & Fils, Mr. Désormiers was carrying out maintenance on the landmark's 18-bell carillon and fixing a bell that, inconveniently, was going off in the middle of the night.

Buffeted by a chill December wind high above the streets of Montreal's Verdun borough, Mr. Désormiers tightened bolts and checked the clapper inside the largest bell, a behemoth made by Paccard in France and embossed with depictions of the saints in relief. He stood up inside the bell and completely disappeared.

Quebec is the undisputed citadel of church bells in Canada. About 80 per cent of the 10,000 bronze bells in the country are in Quebec, a legacy of the province's French roots, according to Michael Rowan, an historian and bell expert based in Rouyn-Noranda, Que., where he runs Michel Lucien Rowan.

Nearly all bells are imported from Europe. Among the gems are the "Gros Bourdon" at Montreal's Notre Dame Basilica, made by Whitechapel in Britain and for a time the largest bell in the world.

But how much longer before the relics fall silent in a secular province? Hundreds of churches have closed in recent decades, and those that remain struggle with declining revenues. Some bells, bought with the donations of devoted parishioners, are ending up with congregations in Vietnam and countries of Latin America. Mr. Rowan estimates 250 to 300 bells have been sold to the United States in the past 15 years alone.

Congregations across Quebec are struggling to pay the heating bills, save invaluable pipe organs and shore up the stained glass. Money that once came from the Sunday collection plate is now provided partly by the state. The Quebec government spends millions each year to help maintain the jewels of the province's religious heritage, and this week announced an extra $2.5-million for urgent renovations.

Amid the mounting demands of maintenance, church bells rarely top the list.

"Between a leaky roof and a bell that doesn't ring, the roof gets the attention," said Jocelyn Groulx, director of the Quebec council on religious heritage, a non-profit group that promotes conservation. "Religious heritage in general is in danger – and the bells are part of that."

On Sunday, church bells will ring out across cities and towns for Christmas, summoning the faithful as they have for generations. For some, they will be the sounds of a collective past that is slowly fading from memory. 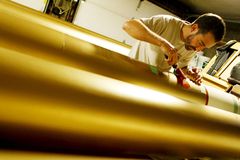 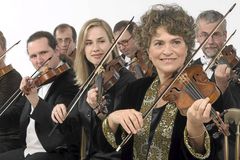 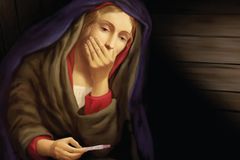