After 11 years in Canada, Praveen Rao had it pretty good. He owned a house in Mississauga, a snazzy car and a motorbike that he took on weekend road trips. He liked his job as an investment manager for a big bank and he liked the work-hard (but not too hard), play-hard culture that prevailed in his wide circle of friends. It was just the life his parents had envisioned when they sent him from India to university in Canada, with the hope he would get a job offer and be able to immigrate afterward.

"You could totally say I was living the dream," Mr. Rao says with a rueful laugh.

Then late last year, he went rather dramatically off the script for the immigrant dream: He sold the bike, sold the car, rented out the house and moved back to India.

Canada has traditionally competed for India's skilled migrants with Australia, Britain and the United States. But now there's a new country in the mix, a destination with increasing appeal for young, educated and ambitious Indians: India.

"People are definitely coming back," says Sujata Sudarshan, CEO of the Overseas Indian Facilitation Centre, which tries to pave the way home. "Younger people are coming for the opportunities, and older ones for security." About 100,000 are said to have come back last year, and the number is growing – as is a similar reversal that is beginning to take hold among Chinese expatriates.

That said, there is no risk of the flow of Indians to Canada drying up any time soon: 30,252 emigrated in 2010, making India the number two source country, and in the estimation of Sidney Frank, director for Citizenship and Immigration Canada in South Asia, they're "good" immigrants. "They're educated, with English language skills – we do well here."

Canada does no active recruiting or advertising, Mr. Frank says, because there are more applicants than his department – Canada's largest visa office anywhere – can hope to process. They are drawn to Canada for security; for clean, quiet cities; for jobs and for easy access to good education for their children, compared with India's ferocious competition for college and even elementary school seats.

But they don't all stay. Ms. Sudarshan says that educated émigrés have a growing sense that India can offer them "the best of both worlds" – there is ever-growing access to high-quality housing, education and medical facilities here, in increasingly cosmopolitan cities with booming economies, where people can be close to friends, family and their cultural roots.

Last year, her organization made its pitch at a busy fair for the diaspora in Toronto – telling Indo-Canadians that today there are possibilities back home that they couldn't have imagined when they left.

Mr. Rao came back because he wanted to start his own business, and take advantage of the dynamism at the top end of the Indian economy that allows young people with good ideas and some resources to take risks – and reap bigger rewards – that would be much harder in Canada.

That sense of opportunity is luring many young and skilled people to make the U-turn. "I wouldn't have thought about doing this even seven or eight years ago," says Shailesh Lakhani. Born in Bhopal, he moved as a toddler to Toronto, with parents who were seeking a better life for their children. But when he found it, that life was back in Mumbai, where he works in venture capital in the Indian branch of a large United States firm.

"I did look for work in Toronto when I graduated from business school and there were interesting jobs – but you didn't see the wind at your back that a big GDP growth gives you," Mr. Lakhani says.

"Canada and India are roughly about the same size economies today, but in 10 years things will be pretty different. And being in India now is a once-in-a-lifetime chance to see a society really change."

There are push factors from Canada, too. Some emigrants, asked why they'd returned, describe repeated experiences with racism and a dominant culture they found chilly and hard to penetrate – they never felt quite welcome.

For others, the process of getting to Canada proved so difficult they found it impossible to stay.

Shreya Pandya, 39, and her husband Harish, 42, applied to go to Canada while in their late 20s, at the start of their careers. But it took more than five years for their visas to come through. By then, she says, they had senior jobs in Mumbai.

Nevertheless, they packed up and went to Toronto. They found the city welcoming, and she soon found a job in her field, designing educational materials. But Mr. Pandya, a corporate lawyer, waited interminably for the Ontario government to validate his legal qualifications – and, Ms. Pandya says, grew discouraged and depressed. "He couldn't even get work at Staples, because they said he was overqualified." Meanwhile their savings were fast depleting; life in Toronto cost a third more than they thought it would.

Two years ago, they packed up again and came home, quickly resuming their old jobs. Months later, the Ontario government sent a note to let Mr. Pandya know he could finally be a lawyer in Canada.

Mr. Rao wanted to be active in charity and politics, and felt India needed him much more for both than Canada ever would.

For Neeta Sharma, it was the aging parents and family she'd left behind. Today she is on the management faculty at a university in the rapidly expanding metropolis of Pune, southeast of Mumbai, but for years taught French to civil servants at Algonquin College in Ottawa. She says Canadian society could be lonely but the community of Indian immigrants was so large that it soothed the homesickness and she adapted well.

Nevertheless, she's back in India, drawn by aging parents and the family she missed. She loved her 13 years in Canada, but not enough to stay – and, she says, many of the Indians she knew there have come back as well, a decision that surprises them because Canadian citizenship was for so long their greatest goal.

Emigration peaked in 2008, when 849,000 people left India. That year the global economy crashed – but India's kept expanding quickly, and the annual exodus dropped to 640,000 last year.

Neeraj Saroj went to Canada in 2005. He left a senior job in marketing for a major car company in Delhi, and found himself working nights at Canadian Tire in Toronto. Eventually he landed a position selling farm equipment, his first love, in Regina. ("It was pretty funny being the brown guy at the farm show," he says.)

He has since requalified as an engineer in Canada, and he and his wife have both built new careers they enjoy; they've adapted to the weather and there is much they love about Canada. But now and again, Mr. Saroj, 44, has pangs. "Sometimes I regret it, when I look at my other friends in India. My university roommate is now the head of Honda cars in India and another colleague is the head of Toyota. This is really a boom time."

These days Mr. Rao is learning the ropes of Indian business in a large real-estate firm before striking out on his own, and is giving himself two years to attain the same standard of living in Delhi that he had in Toronto. He's earning as much here, but the hours are longer, he says, and lower-level employees aren't treated with as much respect.

"People say India is booming, that this is a land of opportunity today – but what do you have to give up for that? Here it's more competitive; work-life balance does not exist. In Toronto, my friends are taking Japanese drum lessons or salsa …"

At this point, he stops, and reminds himself that he's in the capital of the new India. "Actually, I guess you can do most of that in Delhi now."

How a simple translation tool is helping doctors and immigrants communicate
May 4, 2012 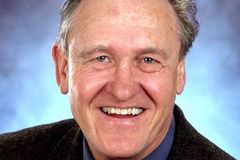 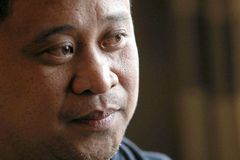 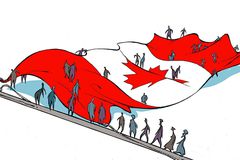 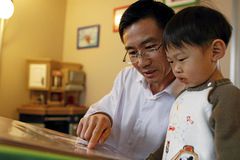 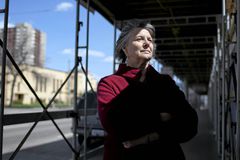 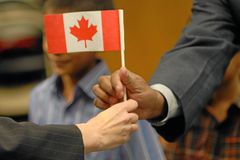 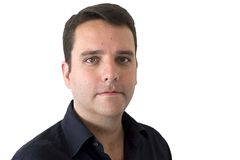 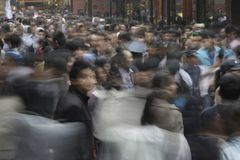 Why some Chinese immigrants feel they can't make money in Canada
May 11, 2012 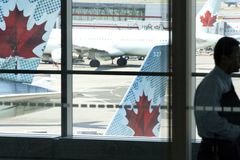