It is stated repeatedly - to the point that it has been accepted as fact - that the aging population is driving health care costs through the roof.

Aging baby boomers, we are told grimly, will bankrupt medicare.

What is true is that the proportion of Canadians who are seniors is increasing. Today, 14 per cent of the population is over 65. That will rise to 23 per cent over the next 15 years, according to Statistics Canada.

Looking at those numbers we assume, intuitively, that we are doomed. But let's not forget that there are all kinds of cost drivers in our health system and an aging population is only one of them.

This point is made eloquently in a recent report from the Urban Futures Institute entitled "Sustainable: British Columbia's Health Care System and Our Aging Population." While the report focuses on British Columbia, the messages are universal.

The authors, Andrew Ramlo and Ryan Berlin, examined provincial health spending over the past 30 years, from 1979 to 2009. (They focused on state spending because the data are good; physicians, hospitals and prescription drugs are all covered for seniors.)

Four factors accounted for those increases:

The report also analyzed those factors in the decade 1999 to 2009, when spending increases were attributable to:

The Urban Futures analysis tells us that the aging population is having an impact but, by far, what is driving health spending is utilization. There are new drugs, new technologies, new hospitals, more doctors and nurses (with higher incomes), new administrative structures and so on. Governments have been willing - save for a brief period in the early nineties - to increase health spending well above the rate of inflation with nary a concern.

That is a much faster growth rate than inflation (3.4 per cent), the over-65 population (2.9 per cent) and population growth (1.7 per cent). Health spending has also, for three decades, grown faster than overall government spending (5.2 per cent) and gross domestic product (5.3 per cent).

Now, some readers will say: Sure there is increased demand and costs, but seniors are the big users of care so it's their fault.

The Canadian Health Services Research Foundation, in its popular Mythbusters series, tackled the issue of aging seniors. It noted that over a generation, seniors have doubled their use of hospital and physician services and their drug use has skyrocketed. The increases are much higher than younger age groups.

Why? Is the older-equals-sicker equation correct? Are 21st-century seniors really that much sicker than 20th-century seniors? Or are we medicalizing aging to a perverse degree?

According to a fascinating article in the Canadian Journal on Aging, the cost of treating the sickest seniors - those in hospital - has remained relatively stable over a long period. On the other hand, the use of health services by healthy seniors (those who live independently in the community) has ballooned.

Maybe all this extra spending is preventive and keeping people out of more expensive hospital care, but there is little concrete evidence of that. But there is a lot of evidence that those with chronic illnesses - by far the biggest users of health services - are not being managed effectively or cost-efficiently.

(This takes us, in passing, to another myth - that we spend huge amounts on the dying, with heroic technological efforts to squeeze out a few more breaths. What the data show is that about 6 per cent of seniors die every year, and they account for about 20 per cent of medical costs, a figure that has remained steady for decades.)

Back to the Urban Futures report. It looked not only trends 30 years back but offered projections 30 years forward.

In that same time period, 2009 to 2039, GDP will grow an estimated 87 per cent, meaning that, economically, we can easily handle the increased expense in health spending attributable to demographics.

However, if utilization trends continue, health spending will increase an additional 191 per cent and sustainability will be more precarious.

To state it another way: For every $1 we spend today we will need $1.84 in 2039 to cover population growth and aging. But we will need $3.75 to keep pace if we continue with profligate shovelling of ever-more tax dollars into sickness care well above the rate of inflation.

Canada's medicare system is not threatened by a silver tsunami of aging baby boomers.

It is threatened by a tsunami of "more, more, more." It is threatened by an unwillingness to ask if more intense, more expensive care is appropriate or necessary, and a reluctance to reallocate dollars to strategies that work and to cut (or off-load) those that do not.

Aging is inevitable but thoughtless health inflation is not. So we should lay off the granny-bashing and start making some tough choices. 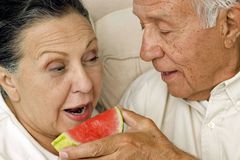 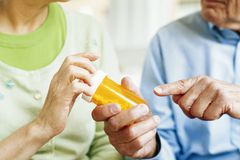 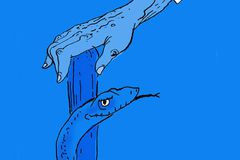 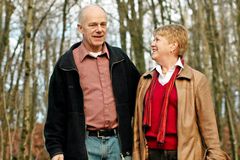