Could a simple saliva test provide the biochemical clues needed to make an early diagnosis of Alzheimer's disease? Could a commonly used medication for controlling blood pressure carry a hidden benefit in slowing the condition? Could a beam of focused sound waves open a temporary passage in the blood-brain barrier, permitting experimental drugs that would otherwise be blocked to get through to their targets?

These are just a handful of the intriguing questions that Canadian researchers have pursued in recent years with the help of the Weston Brain Institute. Since 2012, the Toronto-based institute has committed $50-million to neurodegenerative research and funded more than 90 research proposals, making it Canada's largest not-for-profit funder in the field.

Now the W. Garfield Weston Foundation, which underwrites the institute, is doubling down with a second $50-million investment, similarly aimed at bridging the gap between early science and viable diagnostic tools or treatments. The move should cement the institute's role as a conduit for advancing potentially groundbreaking science that might end up sidelined in a federal funding system that favours safe bets.

"It's similar to business in that you don't get the high returns without some risk," said Alexandra Stewart, the institute's executive director. "The benefit of having a private family foundation is that we can say one out of every 20 projects or one out of every 40 is going to be a home run, and then we're going to be okay with a bunch of singles on the rest of them."

Researchers are welcoming the new funding stream, along with the institute's fast-track approach, which they say is urgently needed to address a looming public-health crisis. By 2031, about 1.4 million Canadians are expected to be living with Alzheimer's disease.

"Everything is underfunded in dementia given the enormity of what we're facing," said Sandra Black, a cognitive neurologist and program director at the Sunnybrook Research Institute in Toronto.

Dr. Black, who has a project funded by the Weston institute, said its support has made a significant mark in the research community. Another grantee, Howard Chertkow, director of the Jewish General Hospital/McGill Memory Clinic in Montreal, added that the institute differs from other funding agencies in its level of hands-on involvement and attention paid to projects.

Internationally, not-for-profits have been important in the neurodegenerative field for launching younger researchers and taking approaches that are off the beaten path.Compared with government funding agencies, not-for-profits can often more easily send their money across borders in search of the best science.

"As we like to say, do you really care where the cure comes from?" said William Klunk, a University of Pittsburgh neurologist and chair of the advisory council for the Alzheimer's Association, the world's largest not-for-profit funder of dementia-related research.

The Weston Brain Institute is collaborating with the Chicago-based association on a pair of initiatives. Results from one of them will be presented later this month, when the association's annual conference brings some 5,000 Alzheimer's researchers to Toronto.

Heather Snyder, the association's senior director of medical and scientific operations, said the additional $50-million in funding from the Weston institute is "an incredible investment," adding "that's true in Canada, the U.S. or around the world."

Retinal imaging could provide window into brain disease
May 29, 2016 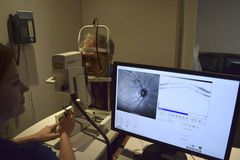 A walk a day keeps your memory from going away
July 12, 2016
Follow Ivan Semeniuk on Twitter @ivansemeniuk
Report an error Editorial code of conduct
Due to technical reasons, we have temporarily removed commenting from our articles. We hope to have this fixed soon. Thank you for your patience. If you are looking to give feedback on our new site, please send it along to feedback@globeandmail.com. If you want to write a letter to the editor, please forward to letters@globeandmail.com.
Comments