Liberal Leader Justin Trudeau acted Sunday to contain a brewing controversy over his lucrative side career as a public speaker. But his pledge to voluntarily reimburse any organization that has paid for his speaking services since he was first elected could put Mr. Trudeau out of pocket more than $200,000.

Mr. Trudeau told CTV's Question Period he had decided "it is the right thing to do" to either reimburse any organization he spoke to while an MP "or work with them to try to fix it and make it right."

Questions about Mr. Trudeau's speaking business stemmed from revelations last week that he had refused a request in March by New Brunswick-based Grace Foundation to return a $20,000 fee he received for speaking at its inaugural fundraising event last June, which lost $21,000. The event was part of a campaign to raise $300,000 to buy furniture for a home for the elderly in Saint John.

Mr. Trudeau declined its request on grounds that he had fulfilled all contractual obligations. But he had a change of heart after being subjected to attacks in the House on Friday and by Saskatchewan Premier Brad Wall. Mr. Trudeau reiterated Sunday that he didn't do anything wrong and that he cleared all of his engagements with the parliamentary ethics commissioner. But he invoked his father, the late Prime Minister Pierre Trudeau, saying he "would want me in this situation to live up to Canadians' expectations of me."

Mr. Trudeau won't necessarily reimburse every organization that paid for his services – including schools and non-profit organizations– saying he was "open to exploring all options with them." Doing so could cost him most of the $277,000 he earned for speeches since becoming an MP. Mr. Trudeau earned a reported total of $1.3-million during his entire public-speaking career before running for party leader last year.

The question rippling through Ottawa over the weekend was how much the controversy might damage Mr. Trudeau's reputation with voters, particularly given recent attempts by the Conservatives to define him as an inexperienced dilettante. A spokeswoman for Prime Minister Stephen Harper said "you have to question why Justin Trudeau ever thought it was appropriate for [an MP] to charge tens of thousands of dollars to non-profit groups. Most parliamentarians raise money for charity, not from charities." NDP ethics critic Charlie Angus likewise criticized him on ethical grounds: "The obvious question is, is this about damage control or has the light bulb gone on? I just gave a keynote address [recently] and I got paid a baseball cap and a coffee mug. This is not a side business – it's what I'm expected to do."

A more charitable Mr. Wall commended Mr. Trudeau for his reversal, while Nancy Thorne, a member of the Grace House fundraising committee, said she was "thrilled" by his pledge. "I just think he's doing the right thing. It will make such a difference."

Pollster Darrell Bricker said that compared to the Senate spending scandal, "it's a relatively small speed bump" that Mr. Trudeau was smart to contain quickly. Without further revelations "this one doesn't have legs," he said.

Jim Hilborn, a Toronto-based consultant to the non-profit sector, said Mr. Trudeau did nothing wrong in the first place and criticized the Grace Foundation for asking for a refund, an almost unheard-of practice in the fundraising business. "I understand why he did it," he added. "It will take him into the purer-than-pure realm. I think it will pay off for him."

Indeed, Mr. Trudeau could turn the tables by calling for an end to the widespread practice of MPs moonlighting for income. "We are more than happy to have this discussion about closing off secondary sources of income," said a senior Liberal source. 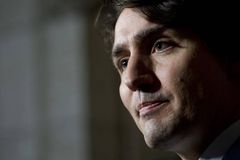 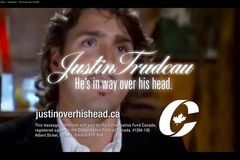 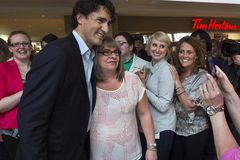