A criminal-lawyers group is accusing Prime Minister Justin Trudeau and Justice Minister Jody Wilson-Raybould of undermining the jury system through their remarks and actions after a not-guilty verdict in the Gerald Stanley trial in Battleford, Sask., this month.

The Canadian Council of Criminal Defence Lawyers says in a letter to Mr. Trudeau and Ms. Wilson-Raybould that their comments, their meetings with the family of Colten Boushie and their subsequent focus on jury reform sent a clear message "that this jury got it wrong." The comments in particular, made in tweets after the verdict, were "unprecedented, inappropriate and quite frankly dangerous," the council said. It demanded that the Prime Minister and Justice Minister apologize to the jurors.

In a case that raised racial tensions in the community, Mr. Boushie, a 22-year-old Cree man, was shot dead on Mr. Stanley's farm in 2016. Mr. Stanley, who was charged with murder, testified that the gun went off by accident and was acquitted.

The verdict has provoked protests in several cities. It has also galvanized the federal government, which has promised to look at ending the use of peremptory challenges – rejections of potential jurors without explanation – to screen out individuals on racial lines. In Mr. Stanley's trial, his lawyer used some of his 14 challenges to reject those who looked Indigenous. But little organized response had been heard from the legal community until the letter from the defence-lawyers group. (Board members of the group, formed in 1992, include prominent lawyers David Bright of Nova Scotia, Lucie Joncas of Quebec and Deborah Hatch of Alberta.)

"We are shocked at the initial comments made after the verdict in the Stanley case, 'we can do better,'" the group said in its letter, signed by its chair, William Trudell of Toronto, and obtained by The Globe and Mail. "There can be no argument that this was and is interpreted by many in this country, as at least criticism of the verdict, perhaps even disappointment."

After the verdict was announced, the Prime Minister tweeted that he had just spoken to Ms. Wilson-Raybould. "I can't imagine the grief and sorrow the family is feeling tonight. Sending love to them from the U.S."

Ms. Wilson-Raybould followed with a tweet of her own: "My thoughts are with the family of Colten Boushie tonight. I truly feel your pain and I hear all of your voices. As a country we can and must do better – I am committed to working everyday to ensure justice for all Canadians."

Contacted by The Globe about the letter, both the Prime Minister's Office and the Justice Minister's office said they had not been commenting on a specific case.

"While the PM said we will not comment on the specifics of the case, our hearts go out to Colten Boushie's family and the entire community," Eleanore Catenaro, press secretary in the PMO, said in an e-mail. "The PM's meeting was an important opportunity for him to listen to the family and to hear their story. We know that we can and must do better as a country."

David Taylor, a spokesman for Ms. Wilson-Raybould, said the Minister has received the letter and will respond to the group in due course. "With respect to what has transpired over the last week, the Minister sent out a tweet recognizing and acknowledging the anguish she saw on the faces of the Boushie family and on the faces of Canadians across the country. She met with the family because it was important to hear their story. As she has said, her actions were not a comment on the specifics of this case.

"Our Government understands that there are systemic issues in our criminal justice system that we need to address. Too many Indigenous and marginalized people are victims of crime. Too many are in jail. Too many find themselves asking why they are not serving on juries. As a country, we have to do better."

The jury deliberated 15 hours. Mr. Stanley, 56, testified that he believed there were no bullets in his gun during the confrontation on his farm near Biggar, Sask., on Aug. 9, 2016. A single gunshot wound to the head killed Mr. Boushie, who was in a car that had been driven on to Mr. Stanley's property. Mr. Boushie's companions in the car acknowledged trying to steal a vehicle from another property earlier the same day. Mr. Stanley said he feared his wife had fallen under the wheels of the car and he reached in to turn off the ignition when the gun went off.

While acknowledging that the tweets from the Prime Minister and Justice Minister were well-intentioned and that there are legitimate issues of concern for Indigenous people, the letter said the comments "rendered an incredible disservice to the jurors in this matter."

Because juries do not give reasons for their verdicts, no one knows the reasons and, therefore, "criticism of the verdict becomes criticism of the jurors themselves," said Eric Gottardi, chair of the Canadian Bar Association's criminal-justice section, in an interview. Of the tweets, he said: "When elected politicians make comments like that, it can serve to undermine public confidence in the system."

Editor’s note: An earlier version of this story included an incorrect title for Eric Gottardi. He is the past not the current chair of the Canadian Bar Association’s criminal-justice section. 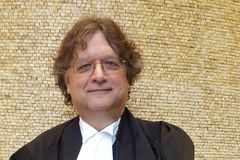 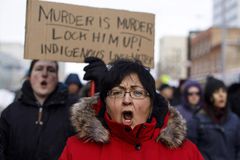 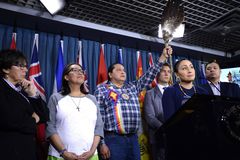