Professor Sujit Choudhry, a law professor at the University of Toronto, has been awarded a $225,000 Trudeau Foundation Fellowship. The prize recognizes the work he's done in post-conflict constitutional law around the world. In Canada, however, Mr. Choudhry is better known for being somewhat of a thorn in the side of government, scoring repeated courtroom victories in support of Omar Khadr. In an interview, he outlines his vision for establishing a centre in Canada offering advice to war-torn countries on good government. Toronto, he argues, could very well become the new Oslo.

Congratulations on the award. Now tell me about your work in the real world.

For the last few years, I've done a lot of work outside of Canada - in Nepal, Sri Lanka, South Africa. A lot of that is the promotion of rule of law and drafting constitutions in the midst of violent conflict. I've discovered that we ignore the backdrop of violence in these settings at our peril - not just for personal reasons, but because we can't give good advice.

To give you an example, I just spent a couple of weeks in Nepal in June with the Canadian Bar Association. The overall project is to build the capacity of the Nepal Bar Association to engage in the constitution-drafting process. We met with Prachanda, the head of the Maoists, to talk to him about the need for independent courts. It became quite clear to me that the advice that we were giving hadn't taken into account that the Maoists are still armed and needed to be rehabilitated. Our advice wasn't going to work.

I met with him in his living room. It was kind of surreal. There was this Soviet-style art on his wall but of course, everyone is Nepali. Very weird. We walked in, and here is this guy who was a guerrilla soldier for 10 years and he's sort of bespectacled and in a suit jacket and charming. He seemed very modest. He's a very erudite, sociable, pleasant person.

What will you do with the fellowship?

Build a Centre for Excellence in Canada with two things. First, create a kind of squad that you could deploy to some of these countries: academics and practitioners who could focus on the big institutional questions of governance. And you'd want to have a place back in Canada that would act like a safe meeting ground where people from around the world could meet and discuss some of these issues in a private setting, with some support.

It strikes me as being a good niche area for Canada to punch above its weight. We are never going to be able to buy as many mosquito nets as the Americans or buy as much anti-retroviral medication as the Indians are able to donate to Africa. So we have to find some niche areas where we can invest relatively small amounts of money but have a huge impact on the ground.

All of this is taking part against a backdrop where the foreign service isn't as robust as it once was. Are you proposing an alternative? Canada's reputation, also, in some parts of the world is somewhat tarnished. Some fear we are becoming irrelevant.

I think part of that is because Canada hasn't developed a distinct brand, in the way that let's say the Norwegians have. The Norwegians have invested enormous amount of human resources into conflict resolution and ceasefires and peace agreements. The civil service has some extremely good people who do this work, and then there's a whole cluster of think tanks in Oslo that provide the support for this work. Unless a country makes it a question of strategic priority it's very hard to have an impact on the ground. Canada has to pick a few spots where it's the go-to country.

A little bit idealistic, no?

I don't think so. I actually think that on the base of the billions of dollars that is spent on overseas development, this is peanuts. This is in the millions.

So since you brought it up: Afghanistan. How would your work relate to that country and the sad situation it finds itself in? This is a country still locked in conflict. The constitution is one of the stumbling blocks toward reconciliation with the Taliban.

A lot of it is just about sharing power. What's really at the heart of these disputes are questions about governance, inclusion, about being able to wield public power. In a sense, the design of the Afghan constitution is not what I'd recommend in a post-conflict setting. Having a president as opposed to a prime minister, having a majoritarian electoral system as opposed to proportional representation. Generally that's not conducive to inclusion.

But what do you do with the insurgency, elements of which completely reject the existing government?

Look, at some point, if people don't want to participate in politics, you can't do much about it. But I actually think the Taliban consist of a cluster of alliances between local warlords and tribes and so on. And their issues might be quite different. Is there a hard-core you can't appeal to? Sure. But there's a lot of people you probably could appeal to through good governance.

Can we talk about Israel and Palestine?

It's funny, the work we've been doing on is civil wars within a single state. It's not so much resolving disputes between states. It turns out there are more civil wars that claim a lot more lives, so the kind of work that I'm thinking Canada should focus on would be more on the civil war aspect of things.

Afghanistan, Nepal, Sri Lanka, Somalia, Sudan, Kenya. Mostly countries in the developing world. It's kind of surprising. I started out as a Canadian public lawyer, studying federalism. Through my writing and my advocacy and my policy work I've gone on the road and spend most of my time doing things outside of Canada as a Canadian.

What I've noticed is that being from a diverse background makes a huge difference. When you walk into a room with a Canadian team of women and visible minorities it has a huge moral impact upon who's in the room. When I walk into these rooms in a place like Nepal, they don't know where I'm from. And then I open my mouth and I'm like, some guy from Kenora. 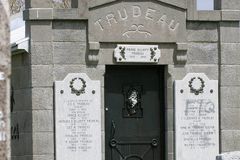 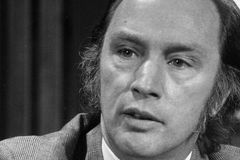