A 17-year-old boy who police say had already killed two brothers in a residence in this tight-knit and remote Dene community walked into a school Friday, gunned down two teachers and injured seven others.

It's the worst shooting tragedy in Canadian history at a high school or elementary school, RCMP Supt. Grant St. Germaine told a news conference on Saturday where he identified the dead and gave details of how the tragedy unfolded.

The victims are teacher Adam Wood and teacher's aide Marie Janvier at the school as well as the brothers 17 and 13 years old at the residence, according to the RCMP.

The tragedy shows Canada "is not immune" from the violence more often seen in schools in the United States, the area's newly-elected NDP MP Georgina Jolibois lamented.

Police say the 17-year-old suspect has been charged with four counts of first-degree murder and seven counts of attempted murder. He cannot be named under the Youth Criminal Justice Act.

Investigators are still inspecting the school Saturday afternoon, wearing white crime scene jumpsuits with booties. One of the school's front doors has a hole in the glass, while the glass on the other two doors appears to be damaged. Two small yellow evidence markers sit on the concrete outside the doors. Yellow police tape is blocking off the scene.

Residents continue to drop off teddy bears and candles outside the school. They are placing matching teddy bears - white, brown, and darker brown - ‎on the left side of the memorial and lighting candles on the right. The bears each hold a fake red rose.

Some of the candles continue to burn, despite the falling snow.

"I brought a teddy bear and a flower because it is really sad that ‎it happened," Phoebe Montgrand, a 12-year-old, said. She said she neither goes to the school nor knows those involved.

The school has been regarded as a symbol of hope in La Loche where suicide rates are several times higher than the provincial average. Among the 2,600 residents, most know someone directly affected by Friday's violence.

Acting Mayor Kevin Janvier said he was initially contacted by police to tell him his daughter had died.

But he said there is another Kevin Janvier in the community. It was the other Kevin Janvier's daughter, Marie, a 23-year-old teacher's aide, who had been killed. The acting mayor said the mistaken identity — he has a young girl at home — "shattered" his heart.

Supt. St. Germaine said police arrived at the combined junior and senior high school Friday about 1:30 p.m. local time after several calls from teachers and students and found the front door shot up. About 150 students and teachers were inside.

Police estimated the teenager ran through the school, shooting, for about eight or nine minutes before officers arrived. Nine people were hit, with one dying at the school and another dying later at a nearby health centre.

After a short chase through the hallways, the teenager was arrested.

Separately, at a home in the community, two males were found dead, one 17 and the other 13.

Supt. St. Germaine would not say what the relationship, if any, is between the 17-year-old accused and the two dead in the house.

The Canadian Press reported late Saturday that the boys' mother wrote on Facebook: "My heart shattered into a million pieces. So sad I don't have no more babies."

As for the teachers who died and the seven others injured, the office said police couldn't be sure of they had been targeted. Police don't yet know what the motive for the shooting was.

"The days and weeks ahead are going to be difficult as we come to terms with what happened today in this community, our community," said the officer.

Four of the wounded have been sent to hospital in Saskatoon and the remaining three will be taken there later Saturday when the weather clears.

Ms. Janvier, 23, started working last fall at the school as a classroom aide.

Ms. Janvier's friend Ashton Lemaigre said the woman, in her early 20s, was kind and patient with children and planned to get her teaching degree someday.

"The kids loved having her around," Mr. Lemaigre said. "When we were out and about kids would say 'Hi.' They would just come running to her. And she was just a friend to everybody."

Ms. Janvier's boyfriend, Deegan Park, said he would have given up the rest of his life just to spend another year with her.

Mr. Wood also began working at the school in September and his Ontario family said in a statement he had been enjoying the work.

The statement described Mr. Wood as an adventurer with a passion for life who made people laugh until their stomachs hurt.

"He was always up for a good challenge and lived each day joyously," the family statement reads.

Acting Mayor Janvier said his community will be relying heavily on provincial and federal provinces for help. Three crisis teams are already in the community.

Chief Teddy Clark of the Clearwater River Dene Nation described the school as "a safe haven" for many of the community's children.

The community, which borders the Clearwater River Dene Nation, has an employment rate of only 20 per cent and has dealt with tragedy in the past.

Last year, the Saskatoon StarPhoenix reported that La Loche and nearby communities averaged 43.4 suicide deaths per 100,000 people between 2008 and 2012 – several times higher than the average annual rate for the prairie province as a whole.

The town, set on the edge of Lac La Loche, is a former trading post about 600 kilometres northwest of Saskatoon, at the end of Highway 155. The vast majority of the population in the Dene village is indigenous.

"The community is devastated," said Chief Clark. "People are asking questions and searching for answers. No one was prepared for something like this," he said in an interview.

He said the suspect in the shooting is known in the community.

"The accused who was involved in the shooting was a surprise to everyone. He was a good kid. It's one of those, 'Who would think?' moments," said Chief Clark.

Student Noel Desjarlais-Thomas forwarded to The Canadian Press a screenshot of a chilling exchange that had taken place on social media a short time before the shooting between a young man and his friends.

Mr. Desjarlais-Thomas said he was just returning from lunch at the junior and senior high school in La Loche, Sask., when the shooter opened fire. In a flash, his friends were running past him, urging him to get out.

The teen said it was a blur of partial sights and sounds. He thought he saw one of his friends fall to the ground after being shot, but wasn't sure.

"You know how it is – something happens, you've got to go for your life. I ended up running and I didn't want to look back."

Geordie Janvier, 16, was walking in the halls when the shots rang out.

"We were going back to gym class, that's when I heard the first shot," he explained. "I looked back. He didn't see me, that's why I ran to the gym class, closed the door, and I ran in the dressing room. We stayed there for, like, three hours."

School co-ordinator Norma Janvier said she was in her office when she heard gunshots.

"I didn't know what was going on ... I thought the kids were just playing around or something, like a locker slamming and stuff," she told The Canadian Press.

She was going to check on the noise, but a teacher closed her office door, so Janvier stayed inside until she was told it was safe to leave.

"All I heard was cops running around in the school."

Many residents of the small community hunt and fish to support their families.

Mr. Desjarlais-Thomas said it is not the kind of place where kids would expect something so terrible.

"What I saw today was something un-ordinary," said the teen. "I just thought it was going to be a normal Friday and then, yeah, that happened."

A solemn Prime Minister Justin Trudeau said from the World Economic Forum in Davos that he had been advised of the situation by the commissioner of the RCMP.

"Obviously this is every parent's worst nightmare," the prime minister said. Friday. "We all grieve with and stand with the community of La Loche and all of Saskatchewan on this terrible, tragic day."

Federal Justice Minister Jody Wilson-Raybould offered her condolences to the families for their loss.

"We need to create a society that is supportive, and we can identify individual's challenges and seek to address them in a manner that is respectful and looks to what is happening in different provinces," Ms. Wilson-Raybould said Saturday during a question-and-answer session after a speech at Simon Fraser University.

"In terms of that tragedy, there is nothing that can be said other than (it is) deeply. deeply upsetting and I want to acknowledge those families."

With files from Justin Giovannetti, Robert Fife, Ian Bailey and The Canadian Press. 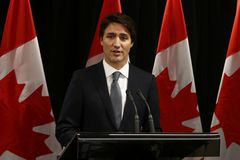 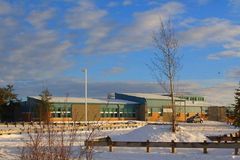 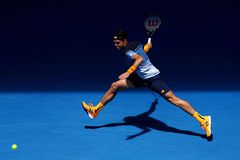