A few years ago, June Graham was wanted by the police. A body had been found near her family farm northeast of Toronto, and investigators needed her help to figure out how long it had been there. Forensic science relies heavily on understanding weather conditions when solving such cases, and that made Mrs. Graham's assistance vital: For the past 25 years, she has been a member of a fading yet essential clan – the unsung volunteers who collect local climate data for Environment Canada.

Mrs. Graham is one of 579 people across the country who – in an age when computers do pretty much everything – faithfully tramp out, often in rain, snow or biting cold, to small climate stations usually set up in their yards. Some stations are exceedingly remote. One of the older ones, in operation since 1898, is on the Pelly River Ranch more than 300 kilometres northwest of Whitehorse. Those at Masset Inlet on the Haida Gwaii islands off Northern B.C., and at Hour Lake in Yukon, can be reached only by boat or float plane.

Every morning and again at night, their volunteers record the temperature, measure any precipitation, and transmit the results to the federal government. In return, they receive a yearly thank-you note and a weather-trivia calendar from Environment Canada.

In the case of Mrs. Graham, who raises beef cattle with her husband, Bruce, on 180 acres near the village of Udora, the police request was a reminder of just how valuable the service can be. "Okay, now I know another reason why I do this," she told herself, vowing never again to question her twice-daily ritual.

The information the volunteers provide forms the backbone of the Canadian National Climate Archive. A rich database, it reaches back to the late 1800s, when the country's fledgling meteorological service began to log random weather observations being mailed in by ordinary Canadians. In 1902, there were 330 observers reporting every month. By 1990, that figure had increased almost fivefold to 1,700.

The information is put to use by everyone from scientists tracking climate change to engineers setting standards for building codes – and, sometimes, by homicide detectives. Mrs. Graham, now 64, once had an insurance company check her records after ice had apparently caused a barn roof in her area to collapse.

The volunteers are often retired and rural, but cities are well represented, and some stations are located at the workplaces of those who monitor them – hydroelectric dams, provincial forestry depots, municipal airports.

Mrs. Graham joined the fold in 1989 when a neighbour moved to the city and passed the torch. Government technicians installed a simple weather station behind her house. What looks like a small, whitewashed beehive is in fact a "Stevenson screen" – a wooden box with louvered panels that allow air flow while sheltering the instruments inside from direct sun, wind and rain. (Its designer was Thomas Stevenson, a Scottish engineer, meteorologist, and the father of novelist Robert Louis Stevenson.)

Inside the box, two expensive thermometers record daily minimums and maximums. On the ground beside the screen, a rain gauge measures precipitation.

Mrs. Graham keeps her records in the "climatological station report" for Udora – a heavy logbook that uses carbon paper (increasingly hard to find) to create a duplicate of each page. She also enters her data on the Environment Canada website, a recent innovation that provides the department with real-time information.

Still, not all volunteers even have an Internet connection. And some simply prefer to mail in their records every month, as Brad Spicer has been doing for 30 years. "I'm not much one for computers," he says. An apple grower and snowplow operator in Nova Scotia's Annapolis Valley, Mr. Spicer says he became a climate observer to learn more about local weather trends. "We use that information ourselves – that's why we do it."

In his case, the information helps him to manage his orchards better: Wet periods, for instance, are bad for spraying fungicide, which can wash off; and it is at specific temperatures, when insects are most active, that insecticide is especially effective.

Weather is one thing; climate is another. When it comes to global warming, Mr. Spicer has little to report from the front line. "You might get a year that's lower-than-average temperature, or a year that's wetter than average," he says. "That's all."

Mrs. Graham is equally unconvinced. Over the years, she has noticed changes in local wildlife – "I see birds coming back sooner in the spring … We also have possums here now" for the first time. But she can't say the same of the weather. "To my mind," she says, "it all seems to be cyclical."

Helping government and industry understand the climate, cyclical or not, is the archive's greatest value, says Chris Marshall, manager of surface weather, climate and aviation networks for Environment Canada. And what makes the database special, he explains, is what he calls its "continuity of record." The consistency provided by using Stevenson screens for so many years is prized by scientists, who say records are more reliable if collection methods don't change. "However," warns Mr. Marshall, "getting continuity of data is a bigger and bigger problem for us."

As the number of data-collecting volunteers has dropped by almost two-thirds in the past 25 years, large geographic gaps have appeared in the network. In these cases, Environment Canada relies on newer, automated stations – which take a wider array of measurements every minute of the day but disrupt the archive's continuity. They also cost $40,000 to $80,000 apiece; it costs $4,000 to install and maintain a Stevenson screen.

"We live in modern times, and folks are no longer willing to make the volunteer commitment," he says, adding that "even dairy farmers take holidays." And when they do, they have to find a friend or family member willing to stand in – measurements must be taken, he notes, "literally every day of the year."

Despite the decline, Mr. Marshall says, the government doesn't have a strong recruitment program – in part due to the cost. Environment Canada already pays staff to visit each volunteer (on a rotating basis), to repair and recalibrate their stations, and simply to touch base. Still, he says, the department has no plans to let the network wither away completely. "The 600 observers we currently have, we hope to stabilize."

He can at least count on June Graham staying the course. "We're a dying breed, just like a lot of things these days," she says, before making a promise: "I'll continue as long as I can." 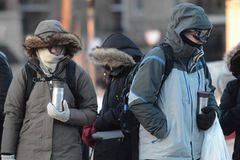 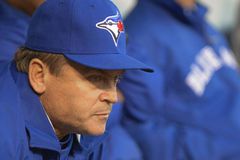 If I have to replace two winter tires, should they go on the front or back?
February 18, 2015 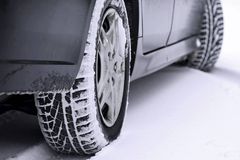