The Ontario government, facing a political backlash over soaring hydro prices, is pursuing a fundamental overhaul of the province's electricity market in an effort to keep rates as low as possible.

The province is considering a "technology-neutral" bidding process to replace the current approach, in which the system operator issues contracts from specific power sources such as natural gas, wind or solar, Energy Minister Glenn Thibeault said in a speech Friday.

It is also looking at a new pricing approach that would give ratepayers options, such as whether to choose a flat rate or a time-of-use plan, in which prices fluctuate depending on off-peak or peak use, he said.

Related: Why does Ontario's electricity cost so much? A reality check

"It is our government's intention to reshape the foundation of the electricity sector to ensure hydro costs are reduced for ratepayers going forward," he said in the speech to the Economic Club of Canada in Ottawa.

In an interview afterward, Mr. Thibeault said it is too early to commit to a specific market model, noting the Independent Electricity System Operator (IESO) is currently in consultations with the industry, consumer groups and power producers. "There still needs to be a lot of work with the system operator to unleash them to find ways to make that happen," he said. "If we don't evolve the system, if we don't change it, we're going to run into problems again."

But he said the current model needs to change.

"Allocating the precise mix of technology types has largely been arbitrary and led to suboptimal siting, uncompetitive prices and heightened community concerns," he said.

The government is also looking at additional short-term measures to provide rate relief, especially to rural customers, who have often faced higher prices than urban consumers.

Residential electricity prices have doubled in the past seven years, and Premier Kathleen Wynne is facing angry consumers and nervous industrial users across the province. With an election scheduled for 2018, the government's record on electricity prices has emerged as a key issue.

Progressive Conservative MPP Lisa MacLeod said the Liberal government has mismanaged the sector for years, going back to the introduction in 2009 of the Green Energy Act, under which Ontario issued high-priced contracts for wind and solar power with the aim of building a renewable energy sector in the province.

"The Liberals have to acknowledge they've taken us down a very expensive and unsustainable path," Ms. MacLeod said after Mr. Thibeault's speech. "Ontarians are going to look at this Liberal government and say, 'I'm not better off than I was eight years ago.' The true cost of the Green Energy Act is one that has been exorbitant and has a real impact on our bills."

Mr. Thibeault said critics overstate the impact of the Green Energy Act, arguing that costs soared because the province had to rebuild the system after years of neglect, all the while phasing out coal-fired power, which he claimed led to a major improvement in air quality.

The IESO has been in consultations for almost a year on how to proceed with electricity market reform. But there are concerns that the goals of the effort remain unclear.

"IESO's restatement and endorsement of a cost-control goal would be very helpful to all stakeholders and would provide much needed direction and clarity to the discussions," wrote Mr. Anderson, president of the Association of Major Power Consumers of Ontario. He was unavailable for comment Friday. 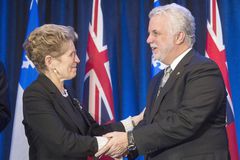 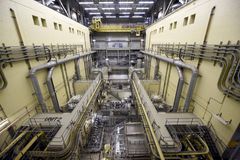