It's been 10 years this week since the death of Pierre Trudeau, whose guiding motto was "reason over passion."

It all seems a long, long time ago.

Today's inflamed political battles over everything from the long-form census to climate change and the long-gun registry - not to mention the Mad Hatter's tea party raging south of the border - suggest passion has eclipsed reason in early 21st-century political debates.

A decade later, with the charisma frozen in old photographs, what remains of Mr. Trudeau's tumultuous 15-plus years in power is the subject of enduring debate and historical revision.

"The legacy is ongoing in some areas, and still causing controversy," historian Jack Granatstein said in an interview.

"If you tot it all up, the one thing that people would say is indisputably his, and changed the country, was the Charter. Now most of the opposition to it has essentially disappeared and it's seen as one of the fundamentals of Canadian society."

Seldom does a week go by that the Charter of Rights and Freedoms is not invoked in some context, whether it be the debate over how to deal with boat loads of Tamil refugees, Canada's blood supply or government services for the disabled. The Charter codified reason over passion in ways that continue to shape Canada.

Yet University of Toronto historian Robert Bothwell says his young students have only vague impressions of Mr. Trudeau - "a name and an airport."

"We're probably now in a period which will last a couple of decades until he's rediscovered," Prof. Bothwell says. "Then he'll become fashionable again."

It's impossible, however, to argue we don't still live in Mr. Trudeau's Canada.

For better or worse, he's responsible in large measure for the Charter, official bilingualism and official multiculturalism. Mr. Trudeau legalized contraception, abortion, homosexual acts between consenting adults and lotteries. Divorce laws were loosened, gun ownership restricted and breathalyzers introduced under his watch. Canada's territorial waters were extended to 200 miles and its voting age lowered to 18 from 21. The Canada Health Act was enacted, restricting provinces from experimenting with health care.

"He had a huge vision. Some people would have called it extraordinary arrogance," Margaret Trudeau said of her former husband last week at a book launch of famous Trudeau news photographs.

"I call it very determined discipline, demand for himself to achieve excellence at everything. ... He gave us freedoms that no other country's people have and we're educated and we're healthy and we're well and safe. How few of the countries in the world can say that?"

John English, a retired historian, former Liberal MP and author of the Trudeau biography Just Watch Me, said Mr. Trudeau's arrival on the national scene bridged what the 1963 Commission on Bilingualism and Biculturalism was calling Canada's "greatest crisis in its history."

"It's a revolution and it wouldn't have happened without Pierre Trudeau."

Mr. Trudeau was also responsible for the toxic National Energy Program, the unlamented Foreign Investment Review Act and federally imposed wage and price controls - a regime Mr. Trudeau himself had previously mocked with the dismissive put-down: "Zap! You're frozen!"

"From an economic perspective, I don't think he left a lot," says Guy Lachapelle, a political scientist at Concordia University, in Montreal.

"From a political perspective, his dream of Canadian unity, I don't think he achieved it. Canada has become a real mosaic. .... It's strange, we are back now to (former Liberal prime minister Lester) Pearson's words of Quebec as a nation within a nation. But it took all those years to get back there."

Prime Minister Stephen Harper's 2006 recognition of a "Quebecois nation within a united Canada" would be anathema to Trudeau federalists, but ended up being largely supported by today's Liberal Party.

The violent passions of earlier sovereignty debates have been replaced by democratic expressions of the popular will - a victory made possible, some such as Dr. Granatstein argue, by Mr. Trudeau's hard line against separatist extremists.

Paradoxically, one of Mr. Trudeau's most contentious and historically significant decisions would today likely be championed by Prairie conservatives who otherwise revile his name.

Although 85 to 90 per cent of Canadians agreed with Mr. Trudeau's extraordinary, peacetime suspension of civil rights in October, 1970, to fight separatist Quebec terrorists who were bombing public buildings and kidnapping officials, the near-unanimity has been shattered in the years since.

"A number of dangerous precedents were implanted in the Canadian political consciousness by the use of the War Measures Act," Ron Haggart and Aubrey Golden wrote just a year after the crisis in their book Rumours of War.

"One was the notion that peaceful opposition to government policies should and can be suppressed by internment. Another was that in times of stress the law should be used like a club."

The issue is still being debated. Trudeau's Darkest Hour: War Measures in Time of Peace, October 1970, is an anthology published just this month that, as the title suggests, does nothing to burnish Mr. Trudeau's image.

This year, that perennial debate coincides with one of the more paradoxical fall-outs of Mr. Trudeau's legacy.

A 20-year-old Montreal woman has filed a lawsuit in Toronto claiming that arbitrary police abuse and detention during June's G20 summit violated her rights under the Charter.

"If Trudeau had been alive and 25 years old, he would have been with the demonstrators (at the G20), there's not much doubt about it," Prof. Bothwell said, laughing.

A 2003 survey of historians and political scientists by the Montreal-based Institute for Research on Public Policy ranked Mr. Trudeau behind Pearson and Brian Mulroney among prime ministers of the last 50 years.

Dr. Granatstein argues there's a "sense that Trudeau's legacy is less than it seemed at the time," an opinion not shared by fellow historians Dr. English and Prof. Bothwell.

Prof. Bothwell certainly agrees, however, that the view of Mr. Trudeau's contribution to Canada will continue to evolve.

"It's a very unusual public figure - like Winston Churchill - who remains fairly constant in the public mind," he said.

Perhaps then, it is best at this 10-year anniversary of Mr. Trudeau's death to remember him for his larger-than-life human character, and leave policy debates for another generation of historians.

The most impressive statesman Mr. Trudeau said he ever met, Dr. English recounts, was Zhou Enlai, the first premier of China.

Mr. Zhou is famous for his assessment of the historical impact of the 18th-century French Revolution: "It's too soon to tell." 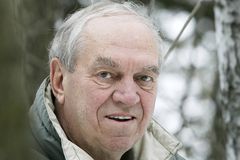