Police appear to be losing their zeal for investigating marijuana-related offences – particularly those related to cases of trafficking and production.

While they are still searching people for pot and laying charges of possession, statistics suggest they are increasingly less likely to go to the trouble of finding actual drug dealers.

The federal Conservative government has introduced a slate of legislation aimed at punishing those who profit from marijuana production and distribution. But criminologists say those laws are not working in a country where the majority of people, and perhaps even a majority of police, do not recognize the recreational use of cannabis to be a crime worth prosecuting.

"Police are less enthusiastic about [enforcing the controlled substances legislation] now than they were 10 years ago," said Rob Gordon, a former policeman and a professor of criminology at Simon Fraser University. "It is particularly true in the case of what may be defined as soft-end drugs."

Statistics Canada numbers released this week show that the per-capita incidence of pot possession recorded last year by police across the country climbed by a tiny amount, continuing a trend going back at least a decade. In 2003, there were 130 incidents of possession recorded for every 100,000 people in the population. By 2013, that rate had climbed to more than 167.

Although police found more people with marijuana last year than they did the year before, the rate at which they laid charges actually declined a bit – from 86 charges per 100,000 Canadians in 2012 to 84. But that rate was still significantly higher than it was between the years 2003 and 2009.

The per capita rates for trafficking, importation and production, on the other hand, have taken the opposite trajectory.

Over the past 10 years, the rate of charges for trafficking marijuana fell from 38 to 24 per 100,000 Canadians. The rate of production charges was cut more than a half and the rate of importation charges dropped more than 90 per cent.

The federal government sees that as proof its laws are working.

"We are encouraged by the decline in trafficking, production and importation charges," said Mary Ann Dewey-Plante, the director of communications for Justice Minister Peter MacKay. "We have been clear all along that our justice measures target the traffickers of drugs – those who sell drugs to children and who deliberately exploit the addictions of others for personal profit."

But critics say, if Canadians are smoking it – and the police-reported rate of incidence would suggest they are – then someone is growing, importing and selling it.

Dr. Gordon said the reduction in trafficking charges is likely related, in part, to the roughly 40,000 people who are now authorized by the federal government to grow their own for medical purposes. But it also relates to the fact that police just aren't pursuing drug dealers the way they used to, he said.

When politicians are urging decriminalization or legalization, when prosecutors are refusing to try people for possession, and when police chiefs are recommending tickets over criminal charges, pot is no longer a police priority.

Eugene Oscapella, who teaches drug policy and criminology at the University of Ottawa, said last year's dip in the rate of charges for possession could be a matter of declining police resources. But it could also reflect a change in attitudes on the part of police, he said.

"I think if you speak to most police," said Dr. Oscapella, "they think that simple possession of cannabis is a nothing offence, and I don't think they think they are saving the world by prosecuting somebody."

Randall Garrison, the public safety critic for the New Democratic Party, said the statistics this week reinforce his party's support for decriminalization. "What you're seeing here," he said, is that "the low hanging fruit, the people with simple possession, are being caught up. But the police don't actually have enough resources, or don't think it's a high enough priority to go after the distribution networks."

Liberal MP Geoff Regan, whose party supports legalization, said "something is amiss when simple possession charges are rising at a rate that surpasses charges against those who grow and traffic in the substance."

Police appear to be losing their zeal for investigating marijuana-related offences – particularly those related to cases of trafficking and production.

Read more and vote in the poll below.

Medical marijuana: Wait for the smoke to clear before investing
July 24, 2014 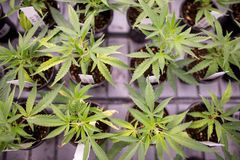 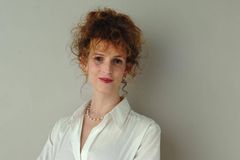 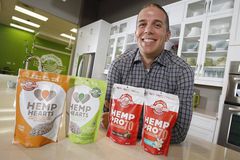 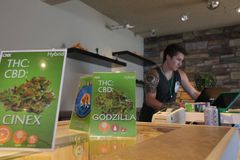 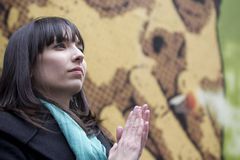