New legislation creating the Canada Infrastructure Bank will hand power over some of the bank's decisions to the federal cabinet, raising the issue of how independent it actually will be.

C-44, an omnibus budget bill that Finance Minister Bill Morneau tabled this week, outlines how the government will appoint a board of directors for the bank. It also describes the board's powers to make decisions on infrastructure investments.

The government describes the bank as an arm's length Crown corporation, but the legislation indicates the board will need cabinet approval for decisions such as loan guarantees.

"Right now as written, there could be questions about independence," said Benjamin Dachis, associate director of research at the C.D. Howe Institute, who has been studying the infrastructure-bank proposal.

The Liberal government promised to launch the bank this year with a $35-billion budget. Its purpose, according to the new bill, is to attract private-sector investment in Canadian infrastructure projects that will generate revenue and be in the public interest.

Mr. Dachis said that when the bill is studied in committee, MPs should ask how the bank would manage potential tension between the priorities of institutional investors looking to work with the bank and those of political leaders.

"The really big question that I don't really see [answered] in the legislation is striking the appropriate balance between the democratic oversight of the infrastructure bank's spending decisions with the independence necessary to make sure that this bank is going to be critically evaluating project business cases," he said.

The legislation gives cabinet the power to remove or suspend any director of the bank after consulting the board. Mr. Dachis said that makes board members less independent than directors of the Canada Pension Plan Investment Board, who can only be terminated with cause.

"The question becomes: 'Is that the right model?'" he asked. "Do they want the board to be as independent as the CPPIB board? There are pros and cons."

Brian DePratto, a TD Bank economist who has also studied the proposed bank, said that at first glance, the degree of independence appears to be appropriate.

"On balance, there is a lot to like here," he said, describing the legislation as a good trade-off between bank flexibility and government oversight.

However, critics of the bank say the legislation confirms their concerns that private investors will be rewarded at the expense of the public interest.

"The government has provided no research or analysis that an infrastructure bank can provide infrastructure investment at lower cost than the government can," said Scott Clark, a former Finance Department deputy minister who now writes about public finance. "What analysis exists suggests that there is no clear-cut answer."

Some Canadian institutional investors, including leaders of the largest pension funds, have expressed cautious optimism that the infrastructure bank will provide attractive investment opportunities. Many pension funds invest in infrastructure around the world, buying up toll roads, power transmission lines and airports as they search for stable, higher-yielding assets in an environment of low interest rates.

But these executives are also fond of saying the "devil will be in the details" when it comes to how the infrastructure bank is formed. Potential investors are still looking for clarity on which types of deals the bank will support, the size of potential investments and the process for proposing new projects, among other things.

These leaders have said the independence of the bank is crucial to inspiring investment confidence, particularly because infrastructure building and ownership can span many political cycles.

NDP MPs dismissed the plan as a "privatization bank" and noted that the budget bill also moves up the timeline for raising the threshold on what purchase price will trigger a federal review in foreign takeovers of Canadian companies.

The Investment Canada Act currently sets $600-million as the threshold. That was scheduled to increase to $1-billion in 2019. The March 22 budget announced it would happen this year.

"Some Canadians will be concerned that their local airports, ports and other public assets will be on the auction block without proper oversight," NDP MP Nathan Cullen said.

With a report from Jacqueline Nelson 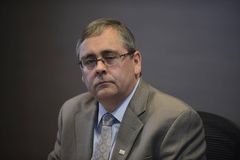