As Finance Minister Jim Flaherty goes behind closed doors for his sixth annual summer policy retreat, government documents obtained by The Globe and Mail reveal what gets discussed at these candid off-the-record confabs.

During last year's sessions with business and policy leaders in Wakefield, Que., the minister was urged to adopt measures to reduce the pay of Canadian workers, limit union power by enacting U.S.-style right-to-work legislation, and allow two-tier health care.

There were also calls for a higher retirement age and to open Canada's shipping, telecom and airline industries to more foreign competition.

The details are in a briefing note to Mr. Flaherty from his deputy minister that summarizes what was said.

For two days every summer, a select group of CEOs, other business leaders, and policy experts is invited to a retreat with the Finance Minister. The event is private. Participants are allowed to talk about the meeting afterward, but cannot reveal who said what.

Documents obtained by The Globe and Mail under Access to Information describe the advice Mr. Flaherty received. This year's retreat, again in Wakefield, began on Wednesday and continues on Thursday.

Before this year's sessions, Mr. Flaherty told reporters that the participants come from many backgrounds, but that it's important to hear from Canadian CEOs because of their influence on the economy. "We do ensure that there are representatives from all walks of Canadian life there including from the academic community, economists," he said.

A spokesperson for the minister later added that the government pursues some, but not all, of the ideas put forward at the retreats.

A wrap-up briefing note to the minister dated Aug. 16, 2011 – five days after last year's retreat – provides a point-form summary of the discussions, broken down by topic. The memo does not say who made which comments.

Labour issues surface in several discussion categories, with the general view that Canadian workers are overpriced. "Need to address wage differentials in labor market among countries; we are losing jobs to other countries," the memo reads. "Right to Work legislation should be pondered as it creates inequities in productivity; US example was provided."

In the United States, about two dozen state governments have passed right-to-work legislation, which allows workers to opt out of paying union dues. Critics call the measures a form of union busting.

The memo indicates calls were made for junior public servants to be paid less. "Reduce public service wages (not in higher ranks, but those in the lower ranks such as administrative and clerical staff as they earn more than their private-sector counterparts) and reduce the overall size of the public service."

Over the past year, the Conservative government has made several policy moves that unions said will drive down wages. Among them, Canadian companies will be allowed to bring in temporary foreign workers more quickly and to pay them 15 per cent less than the average wage for their jobs. Also, changes to Canada's employment insurance rules will mean that Canadians who fall into a new category of "frequent" EI users will be expected to take any available work after six weeks on EI, even if it pays up to 30 per cent less than their previous job.

Federal cabinet ministers, including Immigration Minister Jason Kenney, have dismissed accusations that the government is acting to suppress wages.

The briefing note contains little detail on what was said about health-care policy, although under the heading of "efficiencies," the note says: "Need two-tier health care."

Andrew Jackson, chief economist for the Canadian Labour Congress, attended the 2009 retreat and said wage stats do not support claims that labour costs are a problem. He also said the participants tend to represent a one-sided view. "They're overwhelmingly dominated by employer spokespeople, people from the right-wing think tanks," said Mr. Jackson. "It is a point in the process where the minister is starting to frame key ideas for the next budget, so it's an important opportunity to shape his thinking at a pivotal point in the process."

Although the participants pay their own way, documents show that Finance Canada paid $43,237.76 in 2011 for meals, room rentals and other expenses, including transportation. 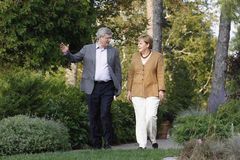 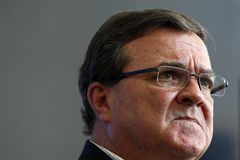