Canada will train Jordanian troops in counterterrorism tactics for the next two years to help the Mideast kingdom prevent Islamic State violence from spilling across its borders.

Stephen Harper will announce the pledge Wednesday during a visit by King Abdullah II of Jordan to Ottawa.

Jordan has played a significant role in the U.S.-led fight against Islamic State forces, including taking part in air strikes in Syria, and one of its pilots was captured and killed by militants earlier this year.

Jordan shares borders with Syria and Iraq, where Islamic State fighters control major swaths of territory, and there are growing concerns that the militants aim to expand into Jordanian territory.

Canada is making a two-year commitment of military training and equipment, from 2015 to 2017, to support "Jordan's ability to prevent and respond to terrorist activity," a senior government source said. This will include helping Jordan conduct "enhanced monitoring and identification of terrorist and criminal activities across Jordan's border," the source said, and strengthening the kingdom's ability to deal with threats "where explosives are involved."

The training commitment will put more pressure on the Department of National Defence.

In April, Canada extended its combat mission in Iraq by 12 months and expanded air strikes to Syria. As many as 69 special forces soldiers are aiding the fight in northern Iraq, acting as military advisers to Kurdish peshmerga fighters trying to push back Islamic State militants. About 600 Canadian Forces personnel are supporting the air mission out of Kuwait.

It's not clear yet where the Jordanian training will take place. Officials are staying quiet, citing security.

However, Canadian special operations forces trained with Jordanians inside Jordan last year as part of the annual Eager Lion exercises that draw soldiers from around the world. Another government source told The Globe and Mail that the Canadian Forces have been providing assistance to the Jordanian Armed Forces through training at all levels.

"We believe that this support will prevent [IS] terrorists from expanding their caliphate, and ultimately further improving the security of Canada and coalition allies from this global threat," the senior government official said.

Mr. Harper has repeatedly said he's increasingly worried about the evolving threat that the Islamic State poses to the Middle East, Western allies and Canada. He has also made it clear that he's seeking to bolster Jordan with more aid and trade, and co-operate on regional security issues.

"We view the kingdom of Jordan as certainly one of the most important partners on all levels, in terms of commerce, in terms of development, in terms of security in this part of the world," he told King Abdullah during a visit last year.

King Abdullah, who visited Mr. Harper in Ottawa in 2007 to launch talks that led to a free-trade agreement, has cited the long history of close ties with Canada and co-operation on past Mideast peace talks.

The Prime Minister's national security adviser told parliamentarians earlier this week that Canada is struggling to stop the influx of foreign funds that serve to radicalize citizens and lure them into violent extremism. Richard Fadden said the money often goes through religious institutions, which helps to shield it from further scrutiny.

Ottawa silent over possible visit by Jordanian King
May 12, 2018 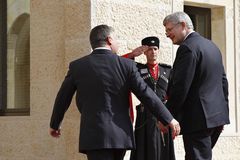 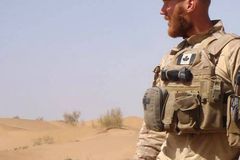 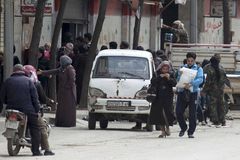