The federal minister responsible for crafting Canada's first national accessibility legislation says the law should be ready by next spring and should benefit not only people with disabilities, but their caregivers.

Kent Hehr says the timeline for the new law has shifted slightly since he took over the portfolio for sport and persons with disabilities in a recent cabinet shuffle.

The legislation, which is highly anticipated by Canada's disabled community, was originally set to be unveiled either late this year or early 2018.

Hehr says he is up-to-speed on past consultation efforts and is moving ahead with future ones. He hopes to table the legislation before the House of Commons by next spring.

Hehr says he intends to focus on the issues disabled Canadians identified as priorities during an eight-month consultation process, including high unemployment levels and accessibility of federally run buildings and services.

But Hehr says his own experience as a quadriplegic has made him particularly aware of how the new bill could also benefit caregivers.

Hehr, who has used a wheelchair since being struck by a bullet while witnessing a drive-by shooting 27 years ago, said he has personally witnessed the essential role caregivers play and wants to be certain their contributions are never overlooked.

"I rely a tremendous amount on my mom, my girlfriend, my sister, as well as my caregiver ... without their help, their assistance, their contributions to my life, I simply could not do the job I've been entrusted to do," Hehr said in an interview with the Canadian Press. "I understand, first-hand, that they have to be part of this mix."

Hehr did not disclose details of what caregiver benefits might entail, but said the legislation was part of a government-wide approach to removing barriers that prevent people with disabilities from fully participating in society. He said he hoped the legislation would improve the lives of people with disabilities, thereby easing the load on those who provide support to them.

Hehr's reflections on caregivers came as good news to at least one advocacy group representing their interests.

Disabled groups from coast to coast have made it clear that Canadians have lofty expectations of the federal legislation, which they maintain is long overdue to bring Canada in line with countries such as the United States.

In a report released to Carla Qualtrough, Hehr's predecessor on the file, Canadians laid out six areas of focus for the new bill.

Those who took part in consultations wanted to see laws that would help lower unemployment rates that hover around 50 per cent for those with disabilities, reduce the number of buildings inaccessible to those with physical and intellectual disabilities, and remove accessibility barriers for the country's air, rail, ferry and bus transportation systems.

Those consulted also named government program and service delivery as another key area of focus.

There was also a desire for an independent body to make sure the new law has teeth.

Hehr, who served as Veterans Affairs minister before taking over from Qualtrough in August, said the new law will address these priorities but declined to offer concrete details at this point.

Joanne Bertrand of the Ontario Caregiver Coalition said the group's voice had not been included in consultation efforts to date, adding there are myriad ways in which federal legislation could make life easier for those providing support to disabled people.

New laws, she suggested, could make it easier and less expensive to travel with a disabled person.

The legislation could also put measures in place at banks, which would fall under the purview of the new laws.

"I think it's very important that there be an awareness by employees in various businesses and organizations that substitute decision-makers are not only representing, but expressing the wishes of the people that they are the decision-maker for," she said.

Bertrand said the health care sector as a whole is moving towards treating patients and caregivers as a unit and addressing the needs of each, adding she hopes the federal government will follow suit.

Disability rights advocates, too, welcomed news that caregivers' needs were on Hehr's radar.

"It's something that's been missing for awhile," said Marcia Yale,a visually impaired activist who has been involved in soliciting input on the legislation. "No one gets compensated for human work or for doing the right thing."

The proposed legislation would govern areas that fall under federal jurisdiction, such as banks, telecommunications, and interprovincial transportation. 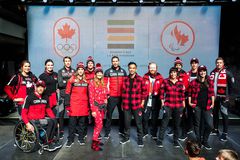 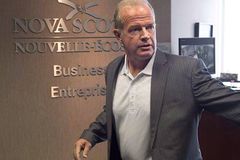